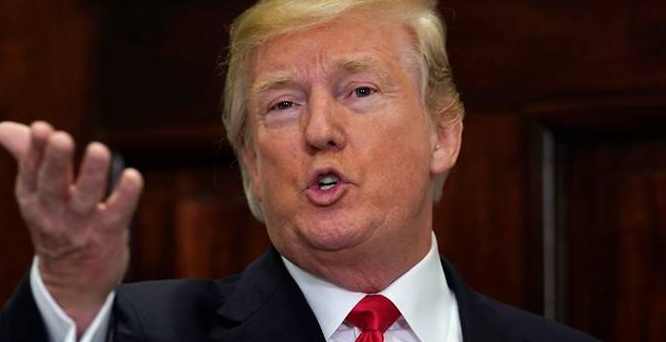 NEW DELHI: US President Donald Trump ruling out talks with the Taliban will probably be seen as a good sign by India which has for long publicly articulated that a dialogue with terrorists of any stripe is not tenable.

India will also be pleased that it now has the US on its side against a growing closeness between Pakistan-China and Russia on their willingness to talk with the Taliban. On Afghanistan, India was being isolated by these countries, because of its across-the-board ‘no talks with terror’ stand.

India’s position has been that no interaction with the Taliban should cross what it calls certain “red lines” – giving up violence, accepting the Afghan constitution and abiding by it and cutting off all ties with the al Qaida.

India has also said that it should be up to Kabul to decide who it wants to negotiate with, to bring peace to a nation torn by war for the last 16 years. And Kabul, in turn, has almost the same conditions as India, the same “red lines” it doesn’t want to cross, to talk peace.

Last June, Afghan President Ashraf Ghani said, yet again, that his administration’s preconditions for peace talks include the Taliban recognising the Afghan constitution, continuity in the reforms to do with educating and advancing the rights of women and renunciation of violence and linkages with terrorist groups, reported the Voice of America.

Now, it appears Trump, too, cannot abide the crossing of these “red lines”, especially the violence. That’s why, after a string of terror attacks in Kabul over the last 10 days, Trump yesterday said “enough”.

“What nobody else has been able to finish we’re going to be able to do it,” said Trump yesterday, after the horrific terror attacks in Kabul.

The US President didn’t specify what he has in mind, but he seemed to suggest that a stronger military response is imminent.

Trump’s remarks come during a month when it was revealed by the Taliban that they recently held talks with Pakistan, China and Qatar, in Islamabad, on finding a solution to the Afghan war. Trump’s remarks also come following reports this month that Russia has offered to host direct talks between the government of Afghanistan and the Taliban.

None of these developments would have made India happy. New Delhi is already battling the Pakistan-China axis; with Russia thrown in the mix, it appeared to be increasingly isolated from a role in a solution for Afghanistan.

But not any more after Trump’s ‘enough’ declaration.

While observers said Trump’s comment is a departure from his own administration’s Afghan strategy, a look at his statements since August might indicate – in hindsight – that he was heading this route all along – no matter that it necessitated scrambling by US officials to align his comments with appropriate action.

For instance, it was no secret that Trump’s eviscerating comments about Pakistan providing safe haven to terrorists, referred to the deadly Haqqani Network, a Taliban ally, which is responsible for years of deadly terror in Afghanistan. The Haqqanis target Afghan civilians and soldiers but also US and NATO troops.

It’s no surprise then that the Haqqanis have for long targeted Indian installations in Afghanistan.

“For Pakistan the calculus comes down to India…It views the Haqqanis and also more broadly the Afghan Taliban as a useful asset to help push back against the presence of India in Afghanistan,” said analyst Michael Kugelman, of the Wilson Center in Washington, to AFP news agency this week.

A report by the Institute for the Study of War, an independent US think tank, concurs with Kugelman.

“Elements within the Pakistani security establishment continue to view the Haqqani network as a useful ally and proxy force to represent their interests in Afghanistan. To this end, Haqqani forces have repeatedly targeted Indian infrastructure and construction projects in Afghanistan,” says an analysis by the Institute.

Pakistan’s inaction on the Haqqani network led the Trump administration to block almost $2 billion in security aid to Pakistan this month.

Now, the US seems to have declared war on the Taliban as well.

“We don’t want to talk to the Taliban. We’re going to finish what we have to finish, what nobody else has been able to finish, we’re going to be able to do it,” Trump said yesterday, quite definitively.
This will most cerainly be beneficial for India. It also signals to India that the US may finally take action against Pakistan-based and Pakistan-supported India-oriented terror – namely, 26/11 Mumbai terror mastermind Hafiz Saeed and his proscribed outfit, the Lashkar-e-Toiba (LeT).
The US has designated both Saeed and the LeT ‘terrorists’ (in 2008) and it has repeatedly urged Pakistan to take action against them, but it has stopped short of punitive action against Pakistan related to both.
India will hope the US says ‘enough’ to that, too.

(With inputs from Agencies)