AYODHYA: In this city of faith where a medieval dispute still smoulders, the children of 1992 want much the same things as the youth in metropolitan India: a cool place to hang out, a theatre, maybe, some entertainment.

Saima Ali, who turns 25 this December, wants to leave behind the scars of the communal violence that followed the razing of the Babri Masjid in the year and month of her birth. She has one big wish: to see a theatre or a decent place to “hang out” in Ayodhya.

Her former college mate, Rani Mishra, adds that Ayodhya could do with a joint like McDonald’s. “There was no decent eating place here while I was growing up. We had to travel 35 km to Faizabad. Two-and-a-half years ago, we had to go to Lucknow to eat at McDonald’s,” she says.

Saima also wants to see shopping arenas and parking spaces built and the riverfront developed. Enough of the debate over the Babri-Ram temple dispute, she says.

“Living in a Town knee-deep in mythology hasn’t given us any hope of expressing ourselves. Don’t we have a right to some entertainment? After all, Anushka Sharma (the actress) was born in this town,” Saima says. 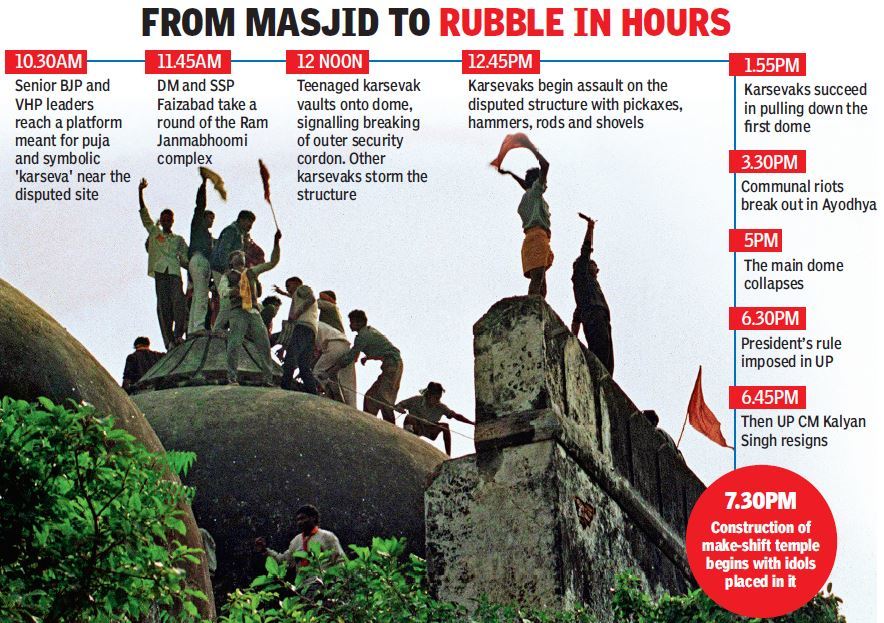 Rani Mishra agrees. “If we are serious about preserving the mythology of this town, then why did no government ever sent up a (permanent) theatre for spot artistes who often essay the roles of Ram, Laxman and Sita every Diwali and Dussehra,” says Mishra, who studied law at the local K S Saket PG College in Ayodhya. “We are the young and have the same aspirations as the youth in metropolitan cities,” she adds.

Ayodhya once had a single “theatre”, a makeshift 20-seat room where a CD players and a projector would be used to show old movies. It shut down a few years ago.

Many of Ayodhya’s younger residents believe the town has been neglected because no politician has been ready to bury the masjid-temple dispute using the bulldozer of modernisation.

“There has been little effort to revive the Saryu riverbank or allow big boats for tourism. After two decades, we saw a small event by CM Aditya Nath Yogi this Diwali eve, but that, too, was to recreate Lord Ram’s return, not to put this town at a par with other metropolises,” says Ravidas, whose forefathers owned boats.