Fantasy Golf Picks, Odds, and Predictions for the 2016 PGA Championship

How about that Jhonny Vegas pick!!!

What an awesome 1-2 punch this week with our low-tier pick Jhonnattan Vegas coming in as the outright winner while our our horse pick Dustin Johnson finished with yet another solid T2.  Better yet, both selections put up over 115 Fantasy points each!

11 Unforgettable Things to Do in Beli…
Thinking on whether or not you should…
Jam.GG – Play Retro Games online with…
Develop an Ebook App Like Kindle: It’…
How to Heal Tennis Elbow

Vegas marks our 9th winner picked this season and we’re defiantly feeling hot heading into the final season’s major.  More to come about last week’s triumph, but first let’s set the stage for the PGA Championship.

It’s the final major of the year—and your last shot at a DraftKings Millionaire Maker—but that doesn’t mean the fantasy contests will end.  That’s right, DraftKings will have plenty of high payout games for the Olympics and the FedExCup Playoffs in the coming weeks so stay tuned for that.  This week however, all eyes will be on the biggest game in town, the $2.5mil Fantasy Millionaire Maker.  A $33 dollar chance at $1 million dollars in a field of less than 87,500 fantasy players.  Those odds are the best you’ll ever see at winning $1 million!

Stenson begins a quest for a second major title just 11 days after his first, when his masterful 63 at Royal Troon allowed him to match Day’s record for lowest total under par in a major.  With no lack of firepower this week recent U.S. Open champion Dustin Johnson also brings plenty of momentum into Baltusrol.  DJ followed his impressive Oakmont triumph up with a win at the WGC-Bridgestone and a top-10 at Royal Troon.

Following last year’s major success, Baltusrol represents the last chance this year for Day and Spieth to come up with a 2016 encore.

Despite the late Charlie Hoffman WD, having DJ ($12,500) and Jhonny Vegas ($7,300) on your roster definitely earned you the big bucks.  Here’s what our fantasy gurus had to say about Vegas heading into last week:

“Vegas is one of the hottest players in the fantasy world, especially given his 130+ points last week at the Barbasol, where he finished T4—he shot a 60 in Round 2 alone! An even more important stat for this week is Par 5 Scoring, a statistical areas in which he led the field with an impressive 3.83. Overall, he ranks fourth on TOUR in GIR, and T13 in Par 5 Scoring. His long ball and eagle ability make him a threat this week.”

Tie that in with our horse pick Dustin Johnson (T2) over the popular pick of Jason Day and we’re pretty sure most of our Premium Members filled their banks accounts up nicely this week.

Additionally, our Golficity Predicted Fantasy Points (GPFP) proved to be spot-on for DJ last week.  Our statistical algorithm put Dustin at 117.35 predicted fantasy points.  DJ would end up finishing the week with 115.00.

Since we are almost at the Playoffs, let’s recap our winners to date as we added yet another winner.

** Emiliano Grillo was our Sleeper Report pick for the Frys.com Open (Winner).

This is easy the strongest field of any major this season and the hottest players walking in the door this week are undoubtedly Henrik Stenson and Dustin Johnson, our last two major winners.

Stenson is still basking in glory of his Open victory while DJ continues to build his Player of the Year campaign (and push for World No. 1).

In total, 97 of the Top 100 players in the world will be in this week’s field with only Van Zyl, Howell III and Poulter sitting out.  Within the lineup we’ll laso see the top 20 finishers from June’s PGA Professional National Championship, but they shouldn’t weigh heavily in our roster decisions this week.

Perhaps we’re stating the obvious here but it will be certainly tough to navigate through such a saturated field with names like Day, McIlroy, Scott, Spieth and more all bidding for a spot on your fantasy rosters.  That’s why this week we’re pulling out all the stops looking at statistical indicators, player performance trends and histories, and taking a serious “gut check” to bring you the best Horse Pick, top, mid and low salary picks this week, along with a couple of solid sleepers.

The famous Baltusrol Golf Club (Lower Course) measures in at 7,428 yards and will play as a par 70.  Baltusrol was founded in 1895 and the original layout staged five national championships which included the 1915 U.S. Open before A.W. Tillinghast came in seven years later to create two courses.

The Lower course has hosted four U.S. Opens (two of which were won by Jack Nicklaus), along with two U.S. Amateurs, a U.S. Women’s Open and now for the second time, the PGA Championship. 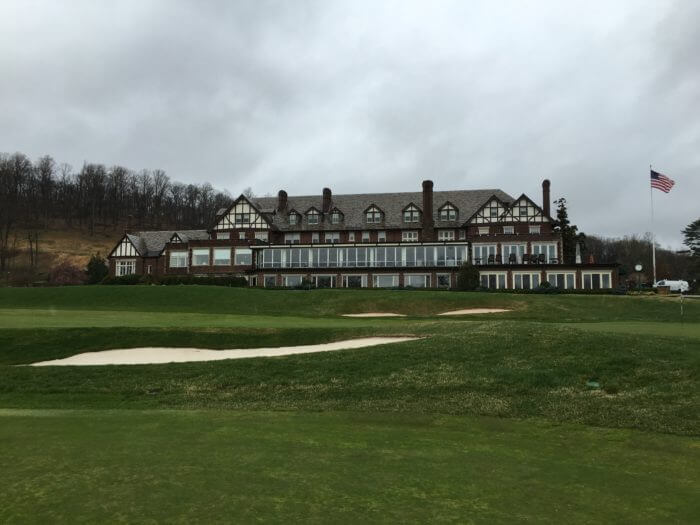 Despite the sunny skies and heat wave that’s come through the New Jersey area over the last week, Springfield is calling for rain throughout most of the event.  Right now the only day in the forecast without rain is Saturday (although that may change as we move closer to the event).

You can expect that thick cabbage-style rough to be even tougher to navigate this week but the greens should be a little slower than usual.

Some say the RBC is where Jason Day catapulted himself to where he is today in the World Rankings.  However, one could easily argue that last year’s PGA Championship event that really kicked off his career.  Day captured his first major title at the 2015 PGA Championship and smashed a few records in the process having finished 20-under par for the event.

With a two-shot lead heading into Sunday, no one was able to jump pass him on the leader board—although Spieth made it very exciting down the stretch.

Day ended the day with a 5-under-par 67, which helped surpassed Tiger Woods’ record in a major (-19 at the 2000 British Open).  Jordan Spieth wasn’t far behind and was in contention most of the way for a chance at making it a three-major season.

In case you missed it, here’s how Jason Day flexed his muscles at Whistling Straights in 2015:

Where to Play Fantasy Golf for the PGA Championship this Week

As mentioned earlier, this week marks the final major of the year and along with it, the last DraftKings Millionaire Maker contest of 2016.  Here are the details:

$2.5M FANTASY GOLF MILLIONAIRE [$1M TO 1ST]: Now here’s a game that needs no introduction.  For just $33 (or if you already won your way in with an earlier satellite event) you can take a shot at $2.5 million in prizes this week.  Even second place is taking home $100k!  With only around 85,000 entries your chances have never been greater for becoming an overnight millionaire.

This Week’s Fantasy Notes for the PGA Championship

Balustrol Golf Club will feature all of the significant challenges that come with any PGA TOUR Major Tournament.  Thick-shaggy rough, lightning fast greens, and Jersey winds and rain are just a few things players will face this week.  But overall, it play like any other major and possibly a little easier than Whistling Straights did in 2015. That is if these guys keep the ball in the fairway.

We’ll be targeting the following key fantasy stats this week:

Don’t worry if all these stats have you a bit dizzy.  Last week we launched our new Key Fantasy Golf Stats page with will allow you to search, sort, and rank every player in the field in each of these key stats.  It’s just one more way we give our Premium Members an edge over the fantasy competition.

You must be a Premium Member to view our exclusive fantasy golf picks.

Dominate your fantasy golf league with Golficity's expert picks. Sign up for a Golficity Premium Membership to get full access to our weekly fantasy golf predictions segment and so much more.

Attention New Members: Get Your First Month of Premium for Only $5.95 When You Use Coupon Code 2016PGA at Checkout

Remember to visit our private Facebook group to discuss this week’s picks for the 2016 PGA Championship with other Premium Members.

This post first appeared on Golficity - Golf. Made Simple., please read the originial post: here
People also like
11 Unforgettable Things to Do in Belize — Important Tips & Places to Stay
Thinking on whether or not you should get into crypto? Read this!
Jam.GG – Play Retro Games online with your mates
Develop an Ebook App Like Kindle: It’s Not as Difficult as You Think
How to Heal Tennis Elbow
Floyd Mayweather Beard – Get & Rock His Goatee Beard