This post is not so much about those innovations, but more about the contributions gun designers made to modern life with their non-firearm inventions.

Many of these men lived when all people saw firearms as tools, used to produce an effect. Firearms were not vilified by the hoplophobes as they are today.

This list includes a motley crew including a knight, a colonel, a doctor, a German and two men with no middle name.

We'll start with Samuel Colt. Most know him for his invention of the modern revolver. 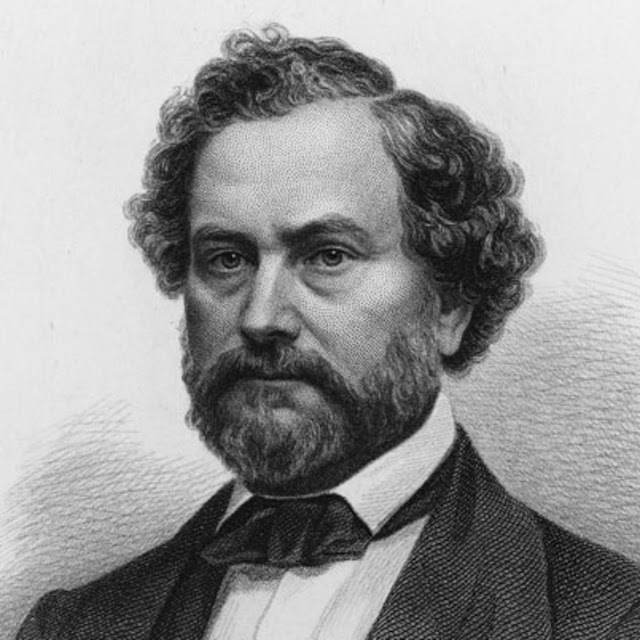 Colt should also be remembered for a few other things, while not inventions per se, they did change history.
Colt established his second gun manufactory in Hartford in 1855. Long before Henry Ford came along, he adopted an assembly line process that also embraced another new invention: The American System of Manufacturing. Which was a way of making parts to fit a model or gauge, so that every part made would be identical and interchangeable. The use of this system launched hundreds if not thousands of companies due to it saving money and time on production. It also meant that employees did not need to be skilled machinists and fabricators, which led to more entry level jobs. These processees made products more affordable, items that were once only for the wealthy were now within reach of the average American.

One other thing Colt employed was offering education to his employees. Besides reading and writing, there were occupational skills classes to become a machinist or a draftsman.
Two of his employees that took advantage of these classes were Francis Ashbury Pratt and Amos Whitney, who went on to form Pratt & Whitney, a company that today builds some of the finest jet engines in the world. 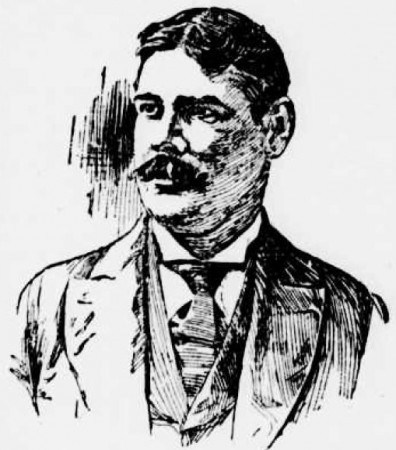 Savage was Born in Kingston, Jamaica in 1857 to his Welsh parents. His Father worked for the U.K government setting up an educational system for the newly emancipated slaves. After starting a family he moved to Australia and traveled the outback by covered wagon. He started a cattle ranch and soon became the largest rancher in Australia. He then sold the ranch, moved back to Jamaica and opened a coffee plantation. When that endeavor bored him, he packed up and moved to NY to work in the railroad industry. He eventually started work in the gun industry and with his two sons started the Savage Arms Co in Utica, the year was 1894. His model of 1899 rifle went on to be one of the longest produced guns ever, 99 years.
By 1901 he was bored of the gun business and left it to the investors to run. He moved to California and opened a factory to make tires and inner tubes.
It was here that Savage Invented the radial tire....yep the same tires under your car were invented by gun designer Arthur Savage.....

Christopher Spencer was an inventor from Connecticut. Born in 1833, he had quite a run with inventions. 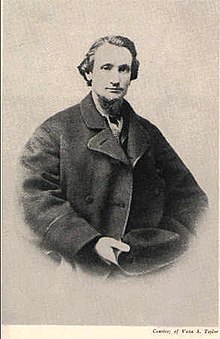 Of course he is most known for his Spencer rifle (used in the movie Unforgiven with Clint Eastwood.).
Spencer's repeating rifle saw action in the Civil War thanks to a personal visit and demonstration with President Abraham Lincoln. Besides inventing a breech loading repeating rifle (a new invention at the time) he was also responsible for tools that would be used by millions of machinists. He invented the first full auto turret lathe. This allowed for precise manufacture of things like screws.
He also invented one of the 1st steam powered horseless carriages.

Richard Gatling, inventor of the Gatling Gun, was born in 1818 in North Carolina. 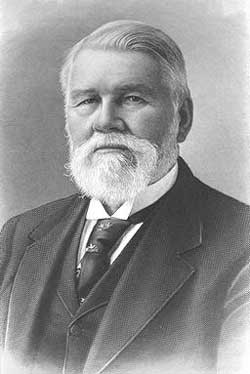 It was after a Small Pox outbreak that he decided to become a medical doctor, but he never practiced. He preferred to tinker and invent.
Gatling invented a screw propeller for boats, but missed patenting it by a few months. He also invented machines for planting rice and wheat, designs still used today.
His other inventions included a machine for steam cleaning raw wool, an improved toilet, bicycle parts, steam powered plows and tractors as well as pneumatic power tools.


Sir Hiram Stevens Maxim is one of few naturalized British subjects to be knighted. 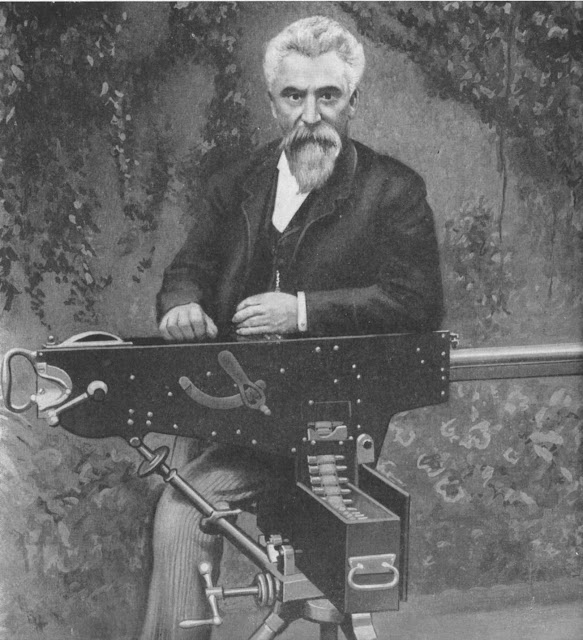 Born in Maine in 1840, he is most known for inventing the first portable fully automatic machine guns, but that wasn't his only contribution to modernity.
He suffered from bronchitis and invented one of the first inhalers, using menthol (from the Eucalyptus tree) to help the symptoms. He also invented a curling iron, machines for making tarps and wind sail eyelets, a device to prevent the rolling of ships, various gas and steam engines, amusement rides (one is still in operation in Blackpool England) and most importantly the first automatic sprinkler system. The sprinkler system not only dispensed water at the first sign of fire, but also automatically set off alarms and sent notice to the local fire department.
Maxim was the first person to light a building in New York by electricity and had a fairly legitimate claim to the invention of the light bulb, something he and Edison fought over in court for years. Maxim also made advancements in powered flight before the Wright Brothers came along. 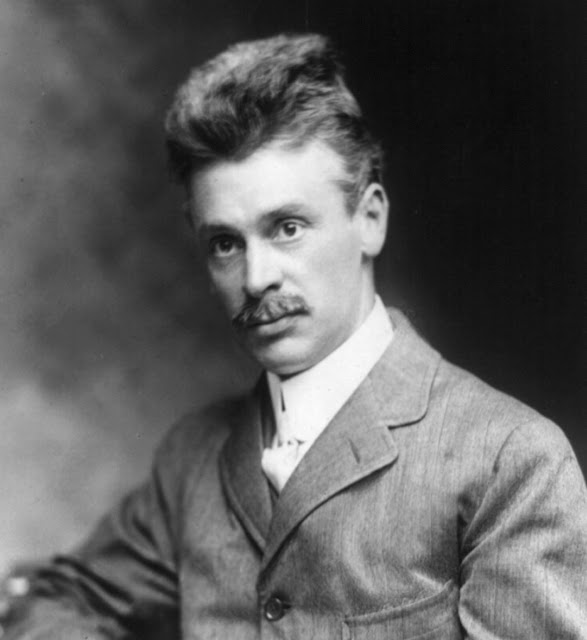 This Maxim graduated from MIT in 1875 at the age of 16. He invented a motorized tricycle in 1895 and went on to design an electric powered car. While working on gasoline powered cars he made improvements on the exhaust muffler, this led him to design and patent his most famous invention: the first gun silencer.
Maxim continued to use the silencer technology on other tools that could damage hearing, like compressors and blowers.

Hugo Borchardt is the only person on our list not born in the new world. 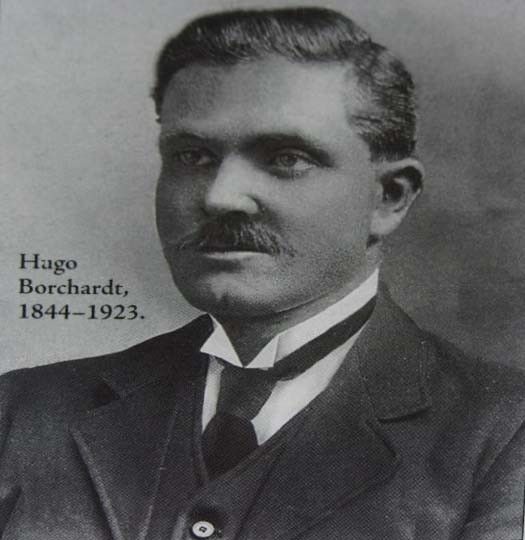 Borchardt was born in Germany in 1844. He is most known for his C93 pistol which was the predecessor to the Luger pistol. Borchardt invented a few other things though, including a rock drill (used in the construction of tunnels and roads), a tool for shaping the neck of a shirt, gas burners, a wire straightener and ball bearings. Where would we be without ball bearings....hell it's all ball bearings nowadays...

Alexander T. Brown is probably a name you have never heard of. 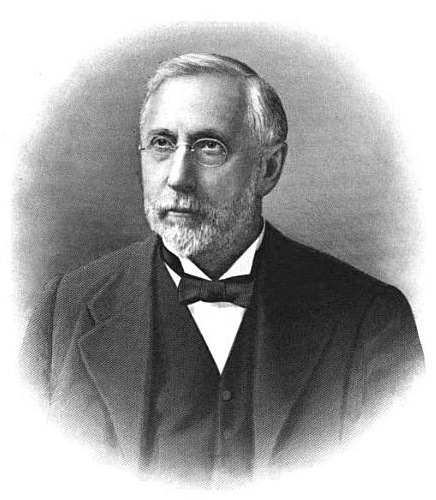 Alexander T. Brown was born in the town of Scott, New York in 1854. Known for being a good inventor and mechanic, he was hired by L.C. Smith in Syracuse to develop a new shotgun based on existing patents (owned by Smith's former business partner), in other words, reinvent the mouse trap without violating existing patents.
During a visit to an exposition, he saw a newly invented typewriter and thought he could improve upon it.
He invented a carriage system which allowed for capital letters and other characters to fit in the existing footprint of the typewriter. That shift key on your keyboard was his invention.
His new typewriter launched the Smith-Corona Company which was one of the largest typewriter companies in the world before computers came along.
In addition he invented the pneumatic tire, the same ones used on billions of cars, motorcycles and bicycles worldwide....
He also created a system of gears and shifters for bicycles, still used today.
He invented the automobile transmission which led to him cofounding an automobile company (H.H. Fanklin Mfg Co).
At his home he invented a whole house vacuuming system, skylights and a hydraulic people elevator as well as a car lift in his garage.
Perhaps his most incredible invention was an automated telephone switchboard which led to the development and use of the rotary dial telephone.

Before his death he had more than 100 inventions and over 300 patents in his name.


Charles Parker was born into one of the oldest families in America in 1809. 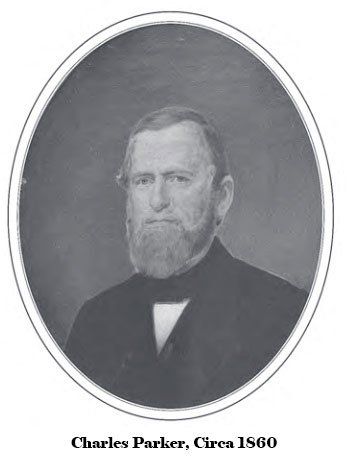 He is most known for the quality shotguns that he produced under the Parker Brothers name, but he invented a lot more than just a fine shotgun.
Most of his patents were for lamps and lighting, but created some other useful items like a match safe (a metal box for putting your used matches in after lighting your lamp, to prevent fires). The list of inventions also include scales, locks, door hardware, waffle irons, vices, Piano stools, clocks and a variety of other items. To be fair Charles Parker didn't invent these items all himself, many were just improvements and many were designed by his employees, but the point is that gun makers and designers did more to help our society than just providing us with tools for hunting and preserving freedom.