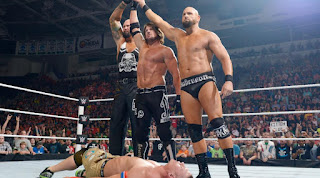 Last week edition saw the face of the company, John Cena, being attacked by The club which is led by The Phenomenal himself, AJ Styles. The rivalry is expected to continue to unfold as WWE works to hype the upcoming Money in the Bank PPV.

It has been rumoured too that Bray Wyatt might return tonight. On the Divas scene, new feuds are building up with Natalya and Becky Lynch teaming up against Dana Brooke and WWE Divas Champion, Charlotte. With Sasha Banks back from Injury, we could expect something coming up with her against Summer Rae. 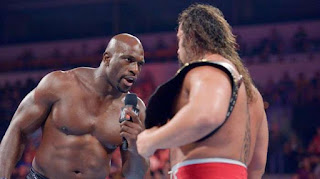 The World Heavyweight Championship match for MITB is set between Seth Rollins and Roman Reigns. The build up to the match continues tonight.

Be sure to bookmark/come back to this blog for Live updates on tonight's Raw.

This post first appeared on Timmywwe, please read the originial post: here
People also like
Discover the Magic of Venice in November
Blackjack: What’s in a Name?
Break Da Bank Again Megaways Slot Review (Microgaming)
Attracting Healthcare Talent in the Post COVID Market
20 Best Family Games To Play On A Road Trip
Why I Chose to Be Vaccinated Against COVID-19
What Is the Worst Credit Score?