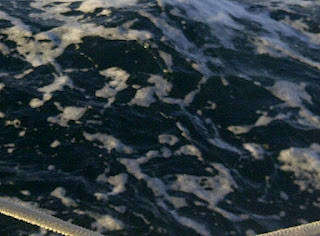 After this close call, I suggested that Albie take a break, so that in case the worst was not over, he could regain some of his strength. As for myself, I was feeling chipper enough, but knew that I was not going to last forever under these circumstances. It was such a relief to know that I had Albie to relieve me when I couldn’t take it anymore. I am quite sure it would have been far more terrifying to be alone and even further out to sea like many single handers that have sailed around the globe alone.