The last three weeks in a row, Marina Del Rey has been hit with small craft advisories and winter gale warnings. Last weekend I was out in one. Preparing the boat (before I left) for high winds took an hour in itself. The harness was set in the cockpit ready to attach to the safety line. The hatch doors were ready at hand to put in place. I had started the engine ahead of time and it was warm and ready for me to turn it on. I always have my life jackets ready - so that was one detail I didn't have to worry about. I had three sails ready to set and up on the bow from the smallest up. First the storm jib then the regular jib and then my genoa. The Wind swept through the marina at high speeds until about 3:30 pm or 4:00. And then just as I was untying the dock lines, the intense wind dropped in intensity from around twenty knots to about fifteen.

Setting sail without the engine (as I usually do), I set out down the basin. Tacking back and forth in fifteen knots can be a little challenging for most sailors who are not used to tacking in tight quarters and strong winds. This is because you HAVE to build up enough speed to cross the wind before you tack or the wind WILL pull you right back in the direction you were going before - and that could mean suddenly wondering if you are going to hit someone's boat (NOT fun).

So tacking in 15 knots is kind of like a good exercise for me but its the real deal at twenty knots and up. So I practiced turning the boat from reaching as close to the wind as possible to a beam reach half way across each tack just to build up that extra speed - even though it means gaining less ground over water.

After a nice sail down the main channel I entered the ocean and was soon met by five to seven foot seas that had built up over the day. The waves were not cresting and the wind had suddenly dropped from fifteen knots to ten and I honestly was struggling to get the speed I really wanted with that little front sail set. So I jumped up on the cabin top and held on tight to the rigging as I crossed the deck to the bouncing bow. Once there I grabbed the wild head sail and brought it down and set the larger genoa. I began to get a good clip after that and passed an anchored boat to port. The sun had already set and I was sailing along the dark ocean in the ever fading red twilight. It's a strange thing but the most fearful time of sailing for me, is right as the light is leaving the sky and darkness is falling. That is the time when you are used to the light and the darkness seems more intimidating than it usually is. I can't even remember how many times I've been sailing out at night and I usually am just fine with it. In fact there is a fascination with it for me as I love to see the shore lights many miles away creating a silhouette of the mountains in the distance. The silver light on the waves is beautiful too as they come and go from bow to stern. But right after the intense beauty of sunset has left and the afterglow is fading, I've noticed how lonely I feel and how apprehensive I get about facing the dark sea. And add the possibility of racing winds and growing waves and white caps and it all becomes that much worse! 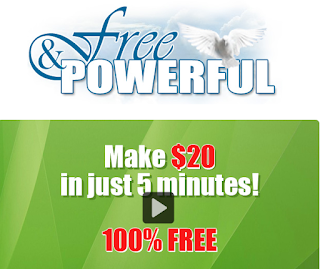 And true to form, the seven foot waves now appeared bigger for some reason and the reason I was sailing further and further away from the welcoming green and red harbor lights made less and less sense! But I kept going for another half an hour. In this time the wind began to increase again and soon the boat was healing hard from the pressure in the sail. Time to bring down the sail and put up the smaller one again! Soon the small one was up and I was safely back in the cockpit taking over the steering from the tied down tiller in 'auto-pilot'.

The wind was fairly cold and despite two hats, three jackets, a scarf and gloves - my hands were still cold. It was probably all the times I had taken off my gloves to fiddle checking my cell phone or some details on the boat that had made my fingers get cold. I promised myself that it was time to get serious and leave the non essentials alone. So I entered the cabin and got my thermos of hot water and made myself some hot chocolate. Just holding the warm cup - helped my fingers warm up again. I sat in the cabin for a little while as the boat carried on faithfully up and over the mounting waves. Thankfully it was not a blowing like a full fledged winter gale or it would be a LOT colder and going in the cabin would have been out of the question. In fact, I did not even feel concerned about closing the hatch doors - which I would have if the wind had been blowing much harder.

Speaking of the wind, I suddenly began to realize that even the small sail was pulling the boat hard now too. Okay, time to really contemplate what really made sense. Continuing on and preparing to put the storm jib up and fight my way back through a real winter gale or turn back now before it got worse. I chose the obvious - my wife would be proud! Besides, I was beginning to feel a little queasy anyway and was at this very moment sucking on a butterscotch candy. These candies have a real way of taking my mind off how I feel and making me relax. Maybe its the taste or something but it really helps a lot. I can't tell you how many times these little butterscotches have saved me from getting sea-sick. I turned through the waves to head back. Opening the main sheet I let the main sail fly. I then uncoiled the jib sheet and let it out too. The head sail caught the wind - now coming from the boats side and you could see it belying out. Winding the jib rope around the winch three times, I then sheeted it down on the cleat and it was set. Before it was all over though, I was to be taught an old storm lesson over again. Suddenly a big gust hit the boat at probably thirty miles an hour and within micro seconds the boat headed up dangerously into the big waves. Crossing the waves broadside would normally have been dangerous but as the wind was not causing the waves to brake white, thankfully I could get away with it. Nevertheless, I was determined to not be controlled by the sudden gusts and let out my main sheet much further than usually required so that when the gusts hit - the boat refused to listen to the storms call and I stayed on course!

Shortly thereafter, the wind was funneling through the breakwater wall and now making it hard to beat back into the marina against its force. I really did not want to sit out here for another half an hour tacking back and forth against the wind just to get in the harbor. Normally it wouldn't have bothered me, but the wind was increasing and who knows what it would be like in half an hour! So with that, I turned on the engine and cranked up the horse-power and got back in the marina in great time.

I thought that after that my problems were over but I wasn't expecting twenty know winds as I came around the corner past the Coast Guard Station and into the main Channel of the Marina. These winds were blowing directly at me and tacking into them was pulling hard on the sails. Thankfully I still had up my smaller jib and as it was just a notch below dangerous, I didn't have to put up the storm jib. But I was concerned about coming into my slip under sail as the wind was blowing really hard and I would be going too fast. So I either would have to keep the sails up and then drop my big main sail right before I got to my finger channel or use the engine. I chose the engine! Ha ha! You would have thought that all would be well and that would be the end of it - but after having dropped the main - the engine then suddenly refused to start. Imagine my surprise! It was just like an engine to work all night but then when I really needed it -  to give me problems! So now I had no choice but to try and tack up the G-Basin but I only had my jib up and couldn't tack up wind with only the jib. So now I had to turn the boat into the wind and raise the main again. But, wouldn't you know it, the wind was blowing too strong to turn upwind - the wind kept blowing me back! Really, this was beginning to look just like de-ja-vous  from four years ago when something similar had happened and I (being MUCH less experienced) began to freak out and NEARLY crashed into the boats at the guest docks. I knew my skill was much better this time. And yes - they were! I decided if I couldn't head up into the wind, then I could wear (or jibe) downwind and get up enough speed to come up. And this worked. However, just in time or If it hadn't I would be having to enter an unused dock and take a time out there! Lol!

So thankfully I got up into the wind and got the mainsail set once more. After beating upwind for another twenty minutes or so  I got to my finger channel, and with a sudden surge of energy jumped up on the cabina and dropped the main sail to the deck in a matter of seconds. Using the jib, I entered my slip - still very fast - and jumped off the boat onto the dock and tied down the boat. Another big adventure was over!

~Albie
Thanks for your comments about Winter Gales!


This post first appeared on Sailing With Albie!, please read the originial post: here
People also like
$5 Tacos in The Hood vs $5000 Sushi Boat in The Hollywood Hills!
How to Soften a Beard: 6 Effective Tips & Methods
MMOGA – Save 32% off Northgard
‘Back to the Giuliani era’: Adams’ order to clear homeless camps ignites fury in New York
Sacramento River Restaurants
Diving Into Flight Tracker App Development: Make An App Like Flightradar24