All of a sudden, the Continental Grand Prix 5000 appeared on stage. Continental recently released the successor to the GP 4000 SII quite unexpectedly. It has even lower rolling resistance, better puncture resistance and on top of that it is 10 grams lighter. Of course, there’s also a tubeless version and a wider range of tyre sizes. But is the Continental GP 5000 really that much better than the GP 4000? Joost mounted the new Continentals on his bike and braved the elements for the ultimate first test.

For years, the Grand Prix 4000S II was remarkably popular among road bikers. And for good reason. This tyre was praised as the one true all-rounder among road bike tyres. A road bike tyre with low rolling resistance, great traction in dry as well as wet weather, good puncture resistance and very durable to top it off. What more could a road cyclist wish for? 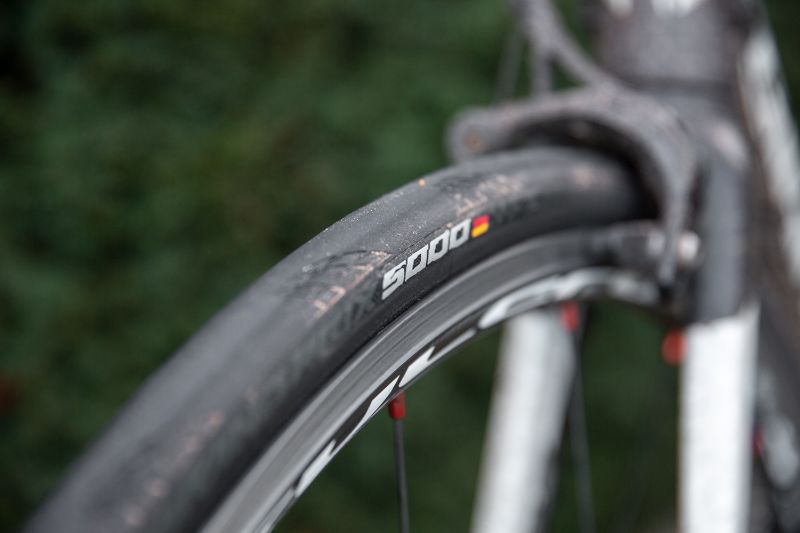 The GP4000S II was and is regarded as the gold standard in many tyre tests, with other tyres being compared to it. Still, the German tyre manufacturer is not quite satisfied. Continental has been busy the past few years. The designers went back to the drawing board to engineer an even better road bike tyre.

Before taking the new road bike tyre for a spin, we’ll inspect the technology first. Compared to the GP4000S II, the Grand Prix 5000 has a 12% lower rolling resistance, a 20% better puncture resistance and 10 grams less weight according to Continental. I know what you’re thinking: “But how?” Because this all sounds almost too good to be true! 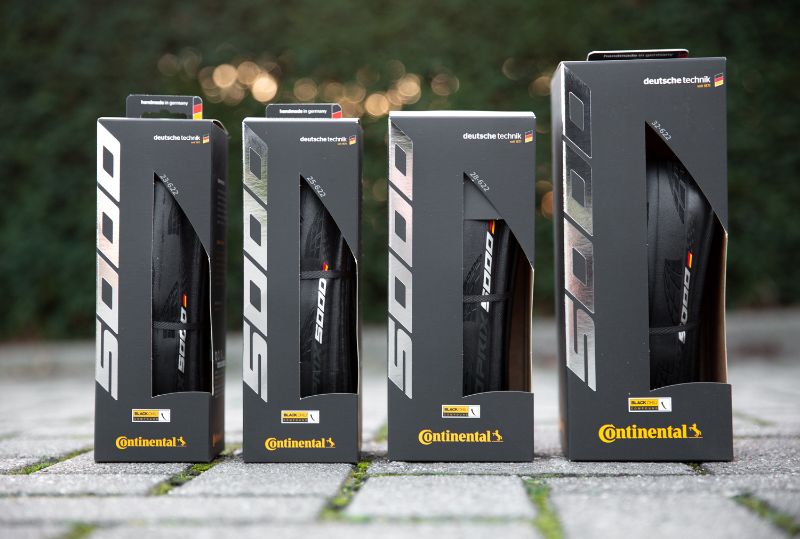 The Continental GP 5000 is similar to its predecessor in many regards. Like the GP4000S II, the GP5000 consists of 3 layers of 110 TPI material. The flexible carcass provides the tyre with a great deal of stability at high speeds in turns and reduces the rolling resistance. 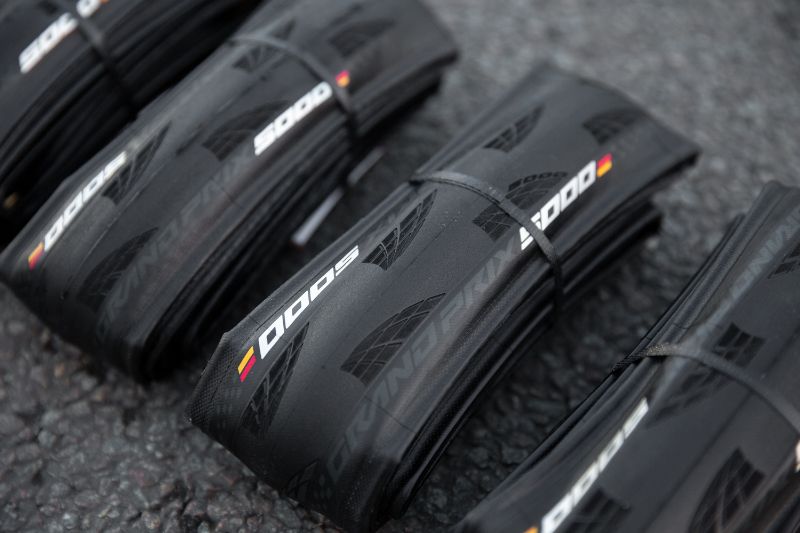 The outward appearance is likely familiar to GP 4000 SII enthusiasts…

The tread of the tyre is equipped with Continental’s Black Chili Compound. This compound is common on several of Continental’s tyres. Still, the GP5000’s compound was optimised even further. The magical mixture of the Grand Prix 5000 provides even lower rolling resistance, higher durability and more traction.

The shoulders of the GP5000 are rugged for better traction. The light profile of the road bike tyre is engraved using a laser. That makes the Continental’s GP 5000 profile quite coarse. 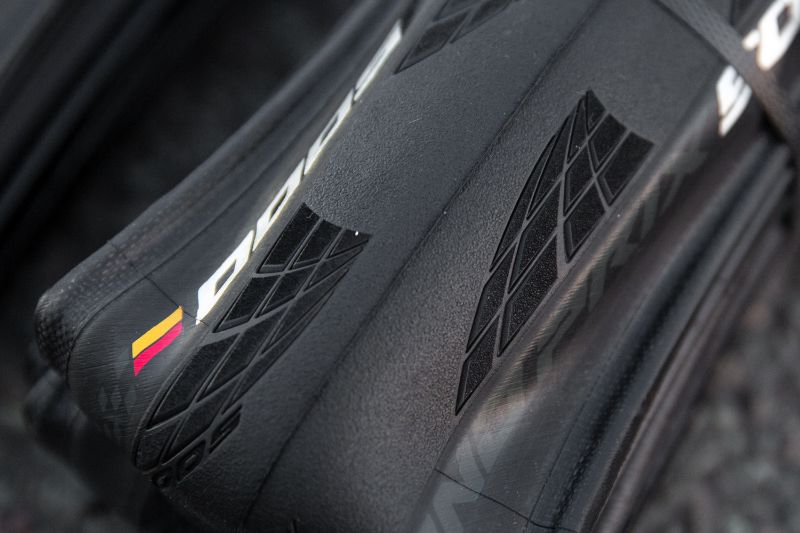 The profile and the coarse sidewalls are engraved using a laser.

This profile provides more stable traction in turns. A side effect of the profile is that it creates a better air current around the tyre. On top of more traction, this also increases aerodynamics.

The tyre’s puncture resistance was improved with 20 percent thanks to an improved Vectran anti-puncture layer. The new comfort layer – Active Comfort – absorbs vibrations caused by road surfaces. Of course, all this does not negatively impact rolling resistance. It’s ideal for when you prefer to cycle with lower tyre pressure. 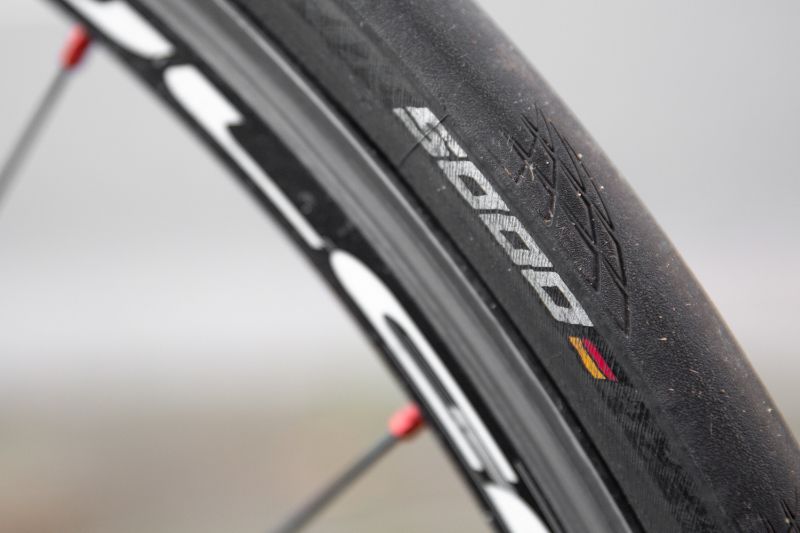 In 1000 kilometers of testing, not a single puncture…

But enough about Continental boasting about the Grand Prix 5000’s greatness. Time to put it to the test!

I picked the 25 mm version of the regular clincher for the test. My bike is incompatible with larger tyres, so I didn’t have much choice to begin with. Mounting the tyre is a piece of cake. Within minutes, you’ll have your new tyres on your rims. 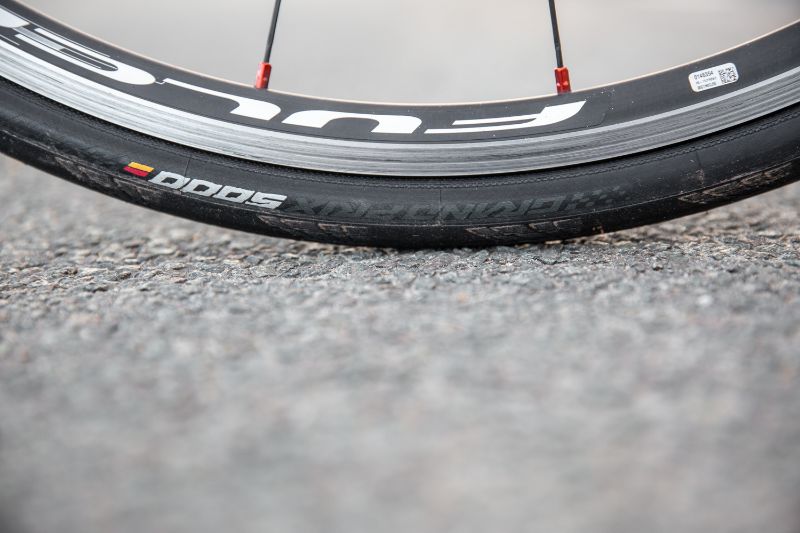 Putting 8 or more bar in your road bike tyres is a thing of the past.

For convenience, I did use a tyre lever for the final push. Due to its tight fit, I couldn’t quite mount the tyre with my bare hands.

Time to hit the road. This was during the height of the Dutch winter, so there was cold, rain and occasional frost and frozen terrain. Ideal to see if Continental’s telling the truth…
To test the tyres’ traction, I chose 6.5 bar (95 PSI).

By now, I’ve used the Grand Prix 5000 for about 1000 kilometres. From the first kilometre, it becomes clear that the tyres have a low rolling resistance. The tyre smoothly glides over asphalt and your bike has no problem accelerating. 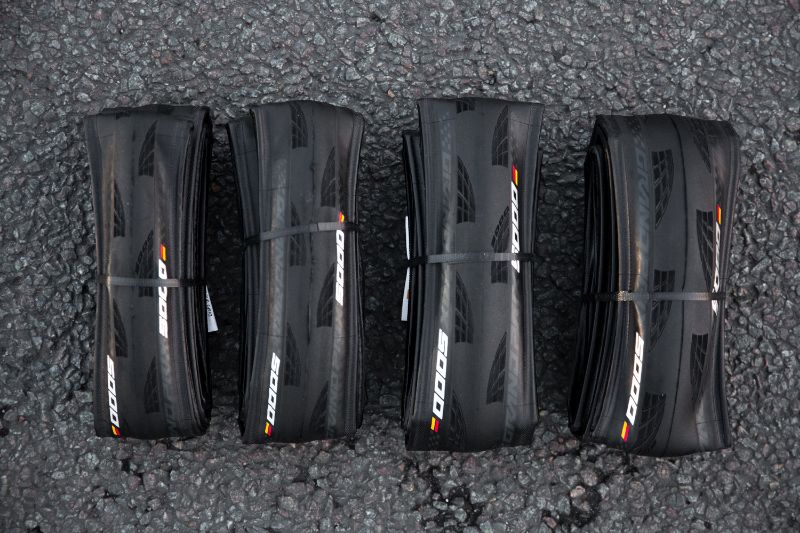 Regardless of the width you pick, the tyres are all recognisable due to the signature Continental pattern on the side walls.

The difference is most noticeable in turns. The tyre retains speed. Of course, that’s in part due to it feeling very stable, enabling you to make a turn with increased speed.

The perfect traction in grip is striking. Without hesitation, I’m taking sharp turns. Even on wet road surfaces the tyres feel reliable, a feeling that stays at high speeds. Not even for a second I felt like the tyres lost their traction. 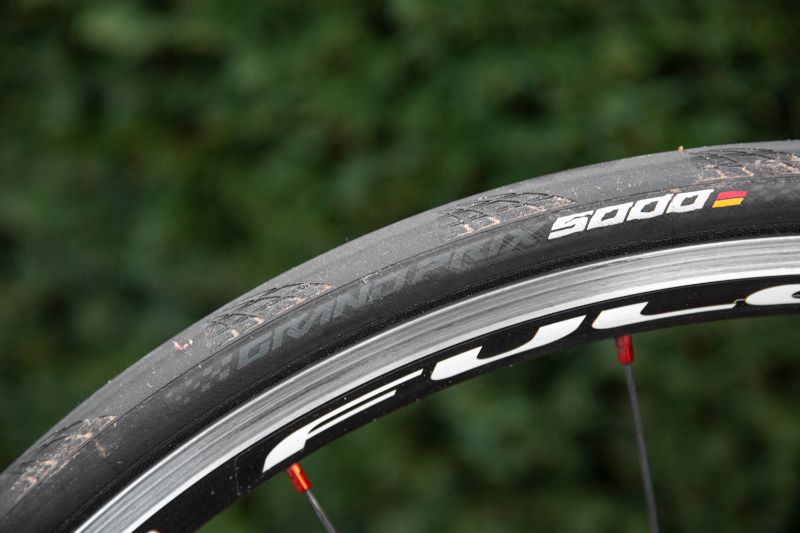 This makes it easier to control your bike. Even when you’re fully braking with only the rear brake, that feeling of control remains.

On an uneven road surface, you’ll notice that the GP5000 has great absorbent properties. Whether that’s because of the lower tyre pressure, the Active Comfort layer or a combination of the two, that honestly doesn’t really matter to me. It just feels very nice when cycling. 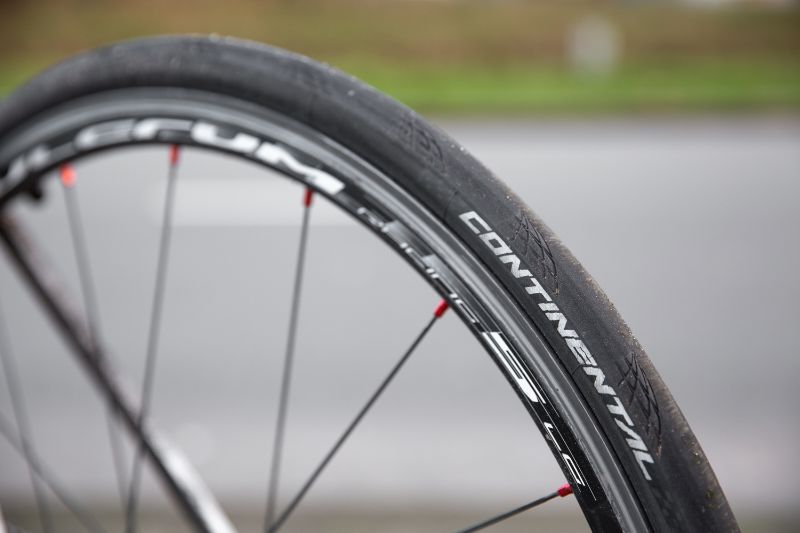 Aside from the lower tyre pressure the Continental GP5000 allows for, the Active-Comfort layer provides additional damping and comfort.

This damping effect of the tyre ensures you can keep cycling comfortably with an aerodynamic posture. Since most resistance during cycling is caused by posture, the added comfort also allows for more time savings.

Approximately 1000 testing kilometres later, I’m sold. Whether the GP5000 can live up to all of Continental’s claims, who can say? It’s hard to say if a tyre truly has 12 percent less rolling resistance.

But it’s evident that the rolling resistance is exceptionally low for an all-round road bike tyre. In addition, I’ve personally experienced the amazing traction and stability in turns at high speeds. 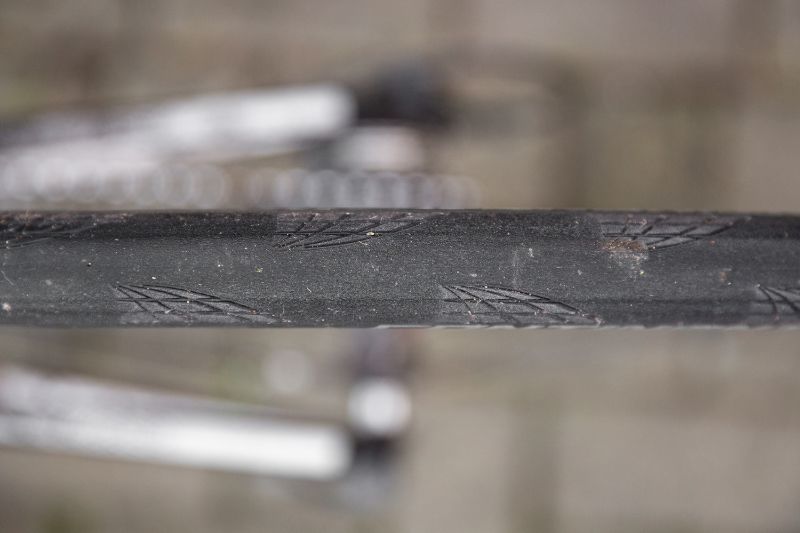 Outwardly, not much seems to be different, but Continental managed to cram all sorts of improvements in a small amount of rubber.

I can’t really comment on durability and puncture resistance. For that, 1000 kilometres of test running is not quite enough. Still, in that relatively short distance, I managed to avoid any punctures…

Tubeless and regular in all sizes 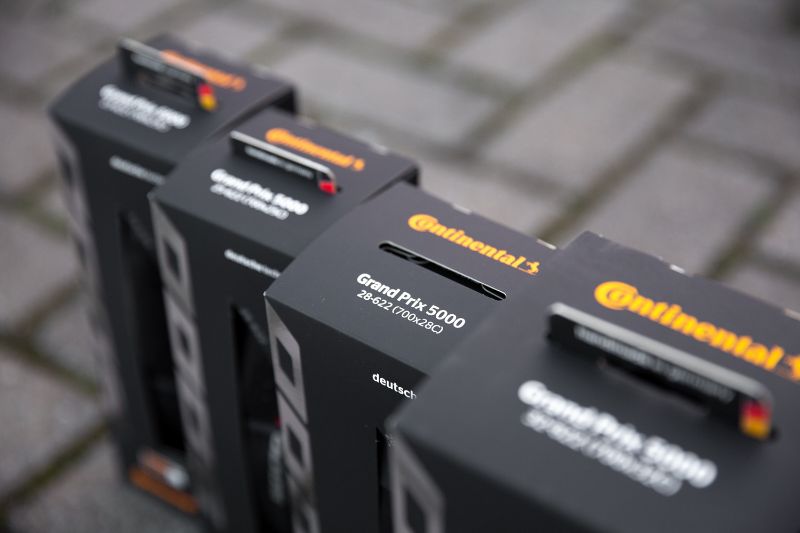 The German tyre giant is convinced the Grand Prix 5000 is the new future standard for all-round road bike tyres. And I can wholeheartedly agree with that assessment after my test rides. Continental even stopped manufacturing the GP4000 SII after a few months. Are you hooked on the 4000 SII? Then don’t wait too much longer!

The Continental Grand Prix 5000 in regular and tubeless versions