King of the Con: Victor Lustig - The Man Who Sold the Eiffel Tower Twice in the 1920s 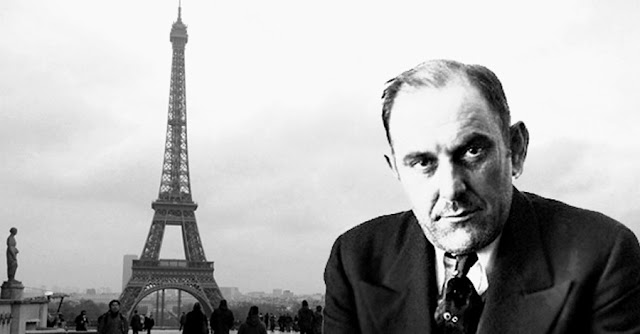 Victor Lustig is always mentioned in the lists of the most outstanding cons of the world. He was arrested about 50 times, but each time he was released for lack of evidence, because he was a perfectionist in deceptive schemes, remembering everything and completely relying on the knowledge of human nature.

Victor Lustig was born in the family of the mayor of Hostinne, a small Czech town. The boy got excellent education, he was fluent in at least five languages, and the best citizens of the city gathered in his parents’ house. Father sent his son to study at Sorbonne, but the young man quitted his studies. For several years he traveled all over Europe, making dozens of small crimes under different names. Most often he got introduced as Austrian "Count" Victor Lustig.


In 1925, France had recovered from World War I, and Paris was booming, an excellent environment for a con artist. Lustig's master con came to him one spring day when he was reading a newspaper. An article discussed the problems the city was having maintaining the Eiffel Tower. Even keeping it painted was an expensive chore, and the tower was becoming somewhat run down. Lustig saw the possibilities behind this article and developed a remarkable scheme.

Lustig had a forger produce fake government stationery for him and invited six scrap metal dealers to a confidential meeting at the Hotel de Crillon, one of the most prestigious of the old Paris hotels, to discuss a possible business deal. All six attended the meeting. There, Lustig introduced himself as the deputy director-general of the Ministry of Posts and Telegraphs. He explained that they had been selected on the basis of their good reputations as honest businessmen.


Lustig told the group that the upkeep on the Eiffel Tower was so outrageous that the city could not maintain it any longer, and wanted to sell it for scrap. Due to the certain public outcry, he went on, the matter was to be kept secret until all the details were thought out. Lustig said that he had been given the responsibility to select the dealer to carry out the task. The idea was not as implausible in 1925 as it would be today. The Eiffel Tower had been built for the 1889 Paris Exposition, and was not intended to be permanent. It was to have been taken down in 1909 and moved somewhere else. It did not fit with the city's other great monuments like the Gothic cathedrals or the Arc de Triomphe, and at the time, it really was in poor condition.

Lustig took the men to the tower in a rented limousine for an inspection tour. It gave Lustig the opportunity to gauge which of them was the most enthusiastic and gullible. Lustig asked for bids to be submitted the next day, and reminded them that the matter was a state secret. In reality, Lustig already knew he would accept the bid from one dealer, Andre Poisson. Poisson was insecure, feeling he was not in the inner circles of the Parisian business community, and thought that obtaining the Eiffel Tower deal would put him in the big league.

However, Poisson's wife was suspicious, wondering who this official was, why everything was so secret, and why everything was being done so quickly. To deal with her suspicion, Lustig arranged another meeting, and then "confessed". As a government minister, Lustig said, he did not make enough money to pursue the lifestyle he enjoyed, and needed to find ways to supplement his income. This meant that his dealings needed a certain discretion. Poisson understood immediately. He was dealing with another corrupt government official who wanted a bribe. That put Poisson's mind at rest immediately, since he was familiar with the type and had no problems dealing with such people.

So Lustig not only received the funds for the Eiffel Tower; he also collected a large bribe. Lustig and his personal secretary, Franco-American con man Robert Arthur Tourbillon (also known as Dan Collins), hastily took a train for Vienna with a suitcase full of cash.


Surprisingly, nothing happened. Poisson was too humiliated to complain to the police. A month later, Lustig returned to Paris, selected six more scrap dealers, and tried to sell the Tower once more. This time, the chosen victim went to the police and he brought them the counterfeit contract and papers before Lustig could close the deal, but Lustig and Collins managed to evade arrest and fled to the United States.

In America, Lustig was engaged in making counterfeit money and was so successful in this that in 1934 a special department was created, which had to figure out: who flooded the United States market with counterfeit bills. In 1935, Lustig was arrested. During the search plates for printing bills and counterfeit money amounting to 51 thousand dollars were confiscated. The day before the trial, he managed to escape, but soon he was caught again. The court sentenced him to 15 years’ imprisonment and, in addition, to 5 years for escaping from custody.


Lustig was placed in the prison of Alcatraz, where he spent 12 years, and then died (whether from a brain tumor, or pneumonia) on March 11, 1947 at age of 57 and was buried in a common grave. The death certificate was written, that, most likely, his real name was Robert W. Miller. Minor difficulties arose when a clerk was to fill in the column “profession”, but after some thought, the official wrote the “seller”. Counterfeit bills made by Lustig got circulated in the US market for many years.

Prepping for a quilting marathon with the Husqvarna Viking BRILLIANCE 75Q

King of the Con: Victor Lustig - The Man Who Sold the Eiffel Tower Twice in the 1920s