How Offensive Can I Be? 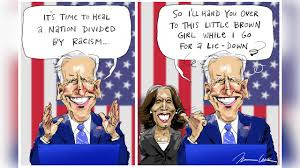 Godammit, what's a person got to do to get cancelled around here? I would LOVE that! My blog would shoot to the top of everyone's reading list and I might even make a couple of bucks! Dr. Suess books are now selling for over $700 bucks on Amazon, and not just the six that got cancelled for "racist" content but a lot of the other titles too.

I suppose I could say things like Chinese people really do have slanted eyes, most blacks have rhythm and Jews are way smarter than everyone else. That might be a good place to start. I could go on and say that Latinos have funny accents, Irish people are drunks, Germans are dictatorial and follow directions too easily and French people are snooty. Pit bulls should be eliminated as a breed.

51 Best Start-up Ideas to Try
Goats’ Meat: sure bet in building rur…
Resolving The Reoccurring Discourse o…
Barack and Michelle Obama’s speech to…
10 Things You Should Plan to Do Befor…

Hey, this is fun. Obama wasn't born in America, we never landed on the moon, 9/11 was an inside job, sandy Hook was staged and the dead kids were actors, Hillary Clinton had Vince Foster murdered and Michelle Obama is a tranny. Biden stole the election. Kamala Harris isn't black. All Lives Matter. Fat people are hideous and unhealthy and cost our health care system billions of dollars.

The food at The Olive Garden is atrocious. Tennis is boring. All Muslims are terrorists. Rachel Maddow is a man. So is Caitlyn Jenner.

10 Things You Should Plan to Do Before Travel

Amazon Prime Benefits Every Member Gets

How Offensive Can I Be?