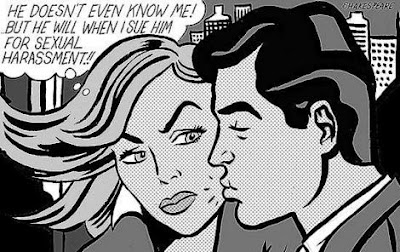 As if things weren't polarized enough already, the chasm between the Democrats and the Republicans has widened considerably over the Brett Kavanaugh- Christine Ford debacle. Recently, when I hinted in a Facebook stream that perhaps she wasn't entirely truthful in her testimony, it in fact being full of holes, a total stranger lashed out at me with the following: "Obviously your husband or sons are molesters and sexual abusers, which is why you are attacking the woman! This is called the Stockholm syndrome."

What I found so eye-opening was her use of the word "obviously." I must be even more sheltered than I knew since I never even suspected that disagreeing with an alleged assault victim was clear evidence that I had been abused myself. We all have so much to learn from the Democrats.