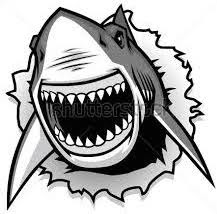 If you want clarity on what is going on these days here in the United States, read Shirley Jackson's short Story, "The Lottery." It sounds like science fiction but it's actually a realistic depiction of how our society works: Once a year an ordinary citizen is randomly chosen for slaughter. In Jackson's haunting story, the victim is stoned to Death by a crowd of perfectly normal people who are just following orders. Each one in turn picks up a rock and throws it onto the growing pile, feeling nothing less than patriotic.

But that's so barbaric; we are, after all, a civilized people! We would never do such a thing! So instead, we do it with words. This year's loser is Donald Trump, and the ceaseless piling on by almost everyone is simply appalling to witness. It matters not what the man says; he got the losing ticket -- ironically, by winning -- and that's that.

Just following orders, thousands of average, know-nothing townsmen and women are jumping on the anti-Trump bandwagon, repeating and even manufacturing wrong information simply to be on the "right side." Daily, the rocks pile higher and higher.

‘The Angry Cabbage’. A Vegetable Rese…
Merry Christmas and Mahatma Gandhi
Why Friday The 13th Will Be Your Luck…
BuzzFeed Editor, Lara Parker, Uses Ca…
An Insight Into The Binance – BlockCr…