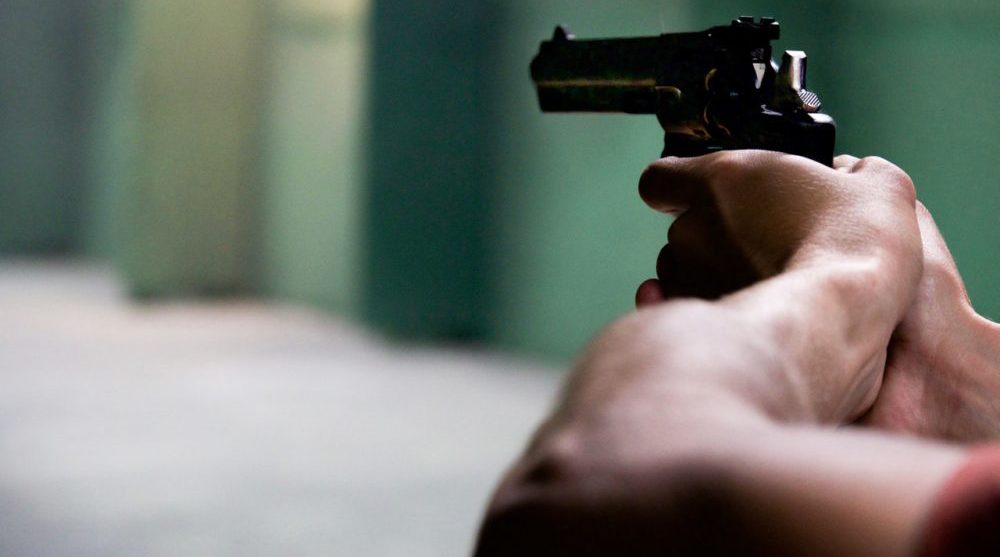 Mass shootings. None of us want to be a part of them. But if you live in the United States, well, you live in perpetual hell. Search “active Shooter training” on YouTube and you will find dozens of videos that will kid you into thinking you won’t be too paralyzed by fear to maximize your chances of survival in an Active Shooter situation.

Don’t have time to sift through all of them? Don’t worry, I’ve got you covered. I binge watched fifty of them because I’m a renowned film critic and definitely not because I have anxiety every time I see a white man in a trench coat. Allow me to direct you to a feeling of control over a situation you cannot control that also serves up a certified “directed by Ava DuVernay” level of cinematic experience.

5. Run, Hide, Fight, produced by the FBI itself

I would be remiss if I did not pay homage to such a classic film that serves as the strategic backbone for all the rest on the list. It lacks any real creative fair, and the opening line is spoken with almost comical levels of ominousness: “It might seem like a normal day at the office, but occasionally life feels more like an action movie than reality” has not aged well as we pretty much have an active shooting every day now.

But I must give credit where credit is due; there is an extremely relatable character who endangers everyone because she cannot stop screaming and crying. I am the bird that never learned how to use its wings and I felt very seen.

This video is produced by a university, as are literally every following video on the list because everyone on a school campus is nervous now! This film kicks off with tasteful overhead shots of the beautiful campus, and also features a long lead-up to the shooter arriving on campus, really building the atmosphere of anxiety.

The pièce de résistance is extremely out of breath college students breaking the third wall to instruct you on what to do and not at all putting themselves in danger by doing so. Bravo, Northeastern, I hope those young survived.

Honest about the content straight out of the gate. The film opens with a jarringly cheerful campus police officer bluntly stating, “You are about to watch an educational video about a disturbing subject.” Could’ve guessed that myself, but maybe some tweens could click on the video mistaking it for a Halo tutorial.

I’ve chosen to include this one for all of the awkwardly-timed zoom-in’s on people’s faces and for taking the creative liberty to change “run, hide, fight” to “get out, hide, fight.” The latter is a bold risk to take, but it pays off. Another bold risk that pays off? Having the shooter wield an assault rifle instead of a handgun like many other school shooting training videos, because we all know the hot trend of AR-15’s is sweeping the mass shooter community. Write a letter to your senator!

2. Surviving an Active Aggressor by the Ohio State University

Haha, “active aggressor,” as if we don’t already know it’s gonna be a white boy with a gun. How cute. The Ohio State University first put out an ~active aggressor~ video in 2015, and then came back strong with this sequel in 2018, because no one is safe ever and we’re all on anxiety medication.

The reason this film makes the list is because the shooter has a beard, strongly supporting the hypothesis that non-Hagrid style beards make any dude hotter, even lone wolf murder men.

This… this is a true marvel. There should be a mass shooting training video category at the Oscars, in part because there are so damn many but also because this film deserves Academy recognition.

What makes it so special, you might ask? A couple of things, starting with it beginning with actual news coverage of multiple real-life mass shootings, because the threat is depressingly real. This film also presents several possible active shooter situations, because there are often several mass shootings happening at once. Land of the free and home of the brave, baby!

This film also includes fake blood instead of people merely dramatically falling to the floor like all of the other videos on this list. Simply masterful. The other videos let you ignorantly and blissfully assume the victims have a chance of survival, but this one doesn’t let you kid yourself. Those shot people are DEAD dead; this video did NOT come here to play. Additionally, when the police come, the shooter shoots himself in the angry domestic terrorist head! Realistic, and makes you feel conflicted for screaming, “HELL YEAH!” at someone’s suicide.

If you only have time for one active shooter training video, make it this terrifying triumph of filmmaking.