A young techie got murdered in Pune over some Facebook post. I have deliberately avoided writing ‘Muslim’ because blogs don’t have TRPs. Nor do I interrogate people for knowing what they had for lunch under the pretext of saying that the nation wants to know it and then interrupt them while they speak because my opinions are called conclusions. Moreover, as the epic subtitles in a pirated DVD of a Nana Patekar film say, ‘Look Hindu Muslim blood same same’.

I remember the time when Social Media existed solely for ‘fraandshipss’ and was not taken seriously by anybody. Orkut was the market leader and anonymity that time meant uploading a shirtless photo of Salman Khan as your profile picture while keeping your original name and sometimes IQ too. From those days till date, the evolution of social media has been phenomenal. Lots of social networking sites have come up, vanished, stayed or went unknown. Between ‘look ma, what I made’ and ‘just prepared yummy pasta, yay’, we grew up, and so did the reach of social media.

As the rule of the universe goes, one man’s meat is another man’s poison. (For the ‘cool’ guys, poison refers to actual poison, and not your drink in a shallow glass which costs you a kidney and a human sacrifice at a bathroom sized pub in a city which never sleeps because an SUV can run over you any time if you sleep). Once the reach of social media increased, it started becoming a new way of getting noticed and heard. Flaunting muscles in front of the mirror is now replaced by a check-in at a gym. Praying to the Lord before food is now replaced by uploading a mandatory picture of the dish on Facebook and consuming it only after someone comments ‘yummmyyy’ on that picture. According to a survey done by nobody, every third person on social media either owns a DSLR or guitar or is a voracious reader who loves black coffee and dark chocolate or is a shopaholic or is a metal junkie or a combination of multiple things thereof.  You might be disowned by the ‘cool community’ if your Facebook profile doesn’t have albums named Sunburn, Metallica, Honeymoon, Goa and the mandatory ‘New Yearzzzz Eve picssss’.  Starving kids in Africa would have been dead if some of us hadn’t contributed an X amount of likes to a picture of a cloud in the sky which looked like Sai Baba because the journalists at India TV thought so. Posting a R.I.P. message miraculously makes the deceased get a fully furnished 3-BHK in the heaven with a high speed broadband connection and a Macbook so that all he can do is to look at your post and thank you.  Every time you post a good morning message, a rooster somewhere strangles itself to death.

The trouble with us is that, our brains instantly think of destructive ideas whenever we see something free, public or unguarded, be it a state transport bus, Indian railway coach or social media. Morphed pictures and memes of famous people have been doing rounds on social media lately. Depending on your IQ, you can be the one who posts funny stuff or you can be at the other end of the spectrum and lynch such people because you think you are the ultimate savior of the universe. 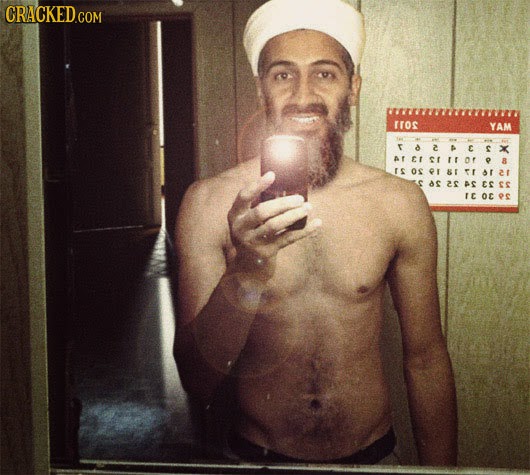 Grow up guys! A legendary ruler who had won several battles single handedly is not bothered by your opinions nor does he need you by his side to kill people and protect him.
For the ones posting the funny stuff, hold on till the government releases a detailed annexure of topics on which you will be legally allowed to crack jokes. Till then, troll responsibly and keep cursing yourself for being born in a country where a terror bombing attack by a neighboring country is just ‘condemned’ and a Facebook post faces a strong action instantly.
Now kindly excuse me while I go and pimp about this blog-post on my Facebook profile.

5 tips on how to look stylish on a bu…
The Jon Gruden Case and Why the NFL S…
American Ronin: Íncubo


This post first appeared on INFINITY, please read the originial post: here
People also like
5 tips on how to look stylish on a budget
The Jon Gruden Case and Why the NFL Still Isn’t Serious About Social Justice
American Ronin: Íncubo