5-year-old Carmine Matteline had an exclusive crew alongside him to wish him well on his first day of school. His father, Andy Matteline, had been diagnosed with esophageal and stomach cancer and has been receiving treatment for it. Well, he left the hospital temporarily with his buddies in the police force to send his son off for his first day.

Officer Chris Kaatmann speaks with news stations about the experience. “We’re friends but we’re family also… We want to do whatever we can to again make this day special for him and his family.”

Carmine gets some extra help from his dad’s friends, too!

Spoiler Alert: Get your tissues ready.As summer is ending and schools are starting, today our Woodson Terrace Police…

The story behind this set-up is actually so heartwarming. Carmine was getting ready to make the journey from home to school with the officers with him. Then, Andy shows up, surprising everyone including Carmine. Andy appears with two nurses and his brother-in-law (also a physician). Andy would receive permission from the hospital to leave temporarily for this moment.

On top of that, Andy had no idea that the officers were there with his son! Everyone gets a surprise. “Get the joy, you can’t buy that, get the happiness; this is awesome,” Andy says to the group. “Thank you, guys, so much. It’s amazing to see that support.” 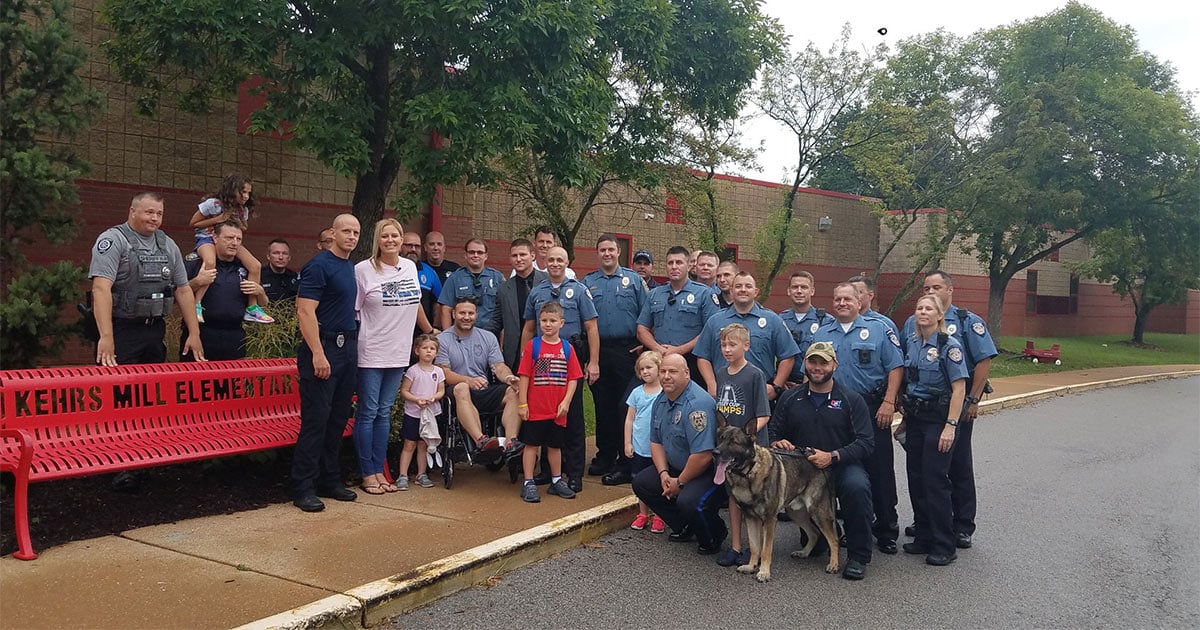 To join Carmine and Andy in this first-day-of-school-journey, a representative from 9 separate departments came along. These include the departments of St. John, Bel-Bor, Breckenridge Hills, Chesterfield, Maryland Heights, Warson Woods, Normandy, Webster Groves, and St. Louis County. Deputies from the Lincoln County Sheriff’s Office also make an appearance.

“It’s pretty amazing. It’s so touching to see everyone here and everyone that hears about Andy wants to be there for Carmine,” says Carmine’s mother. 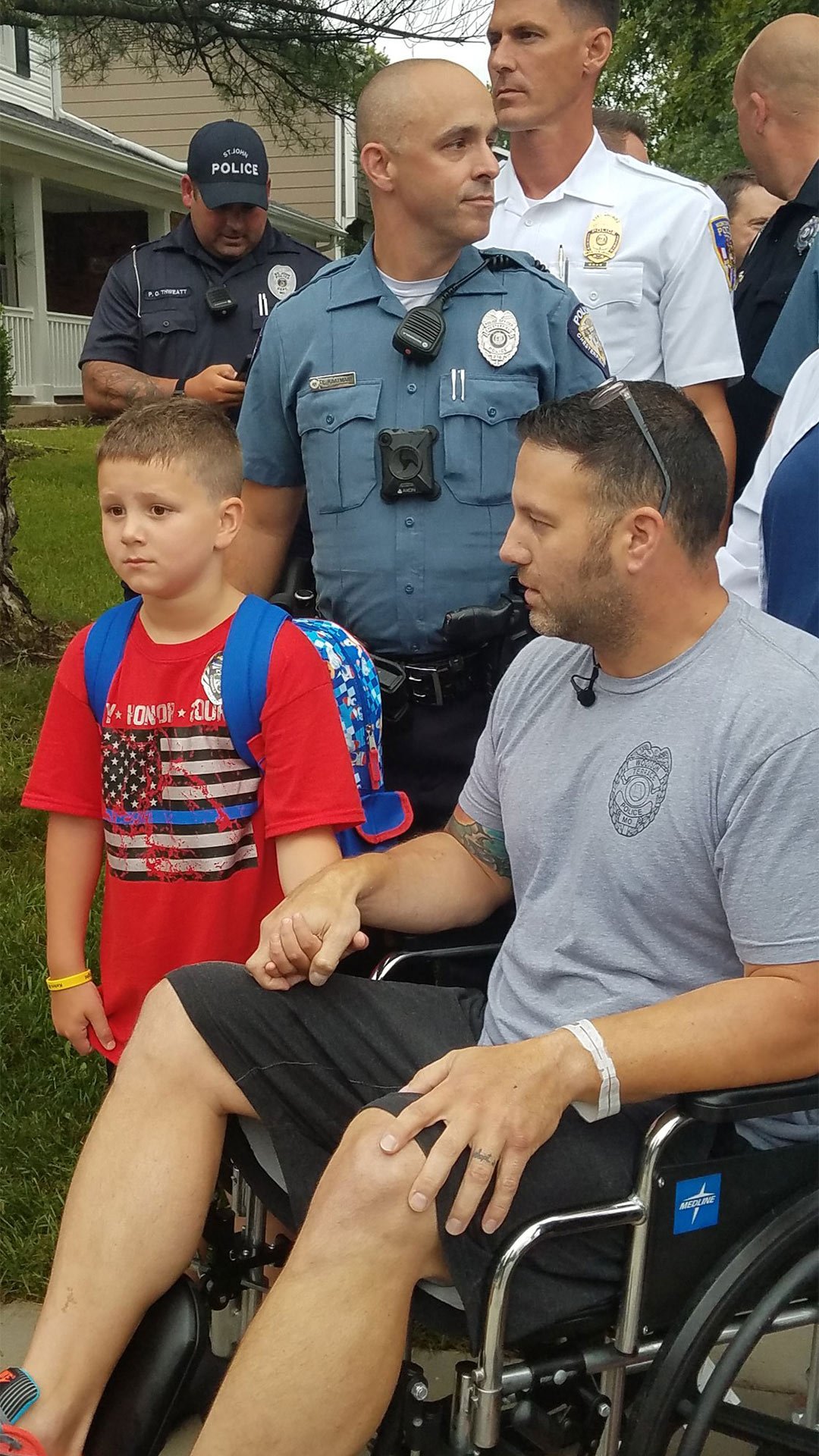 One of the biggest reasons Andy wants to see off his son for the first day is because Carmine has autism. His parents have spent a great deal of time preparing Carmine for interacting with others.

“This is one of the biggest days and I didn’t want to miss this,” Andy says. “He means the world to me. We’ve been through a lot together.”

What an absolutely beautiful story. Are you ready for more?

A boy with autism hosts a birthday party and only one person RSVPs. That’s when a whole football team decides to show up and celebrate!

The post Police Officer With Cancer Leaves Hospital To Take Son With Autism To First Day Of School appeared first on DoYouRemember? - The Home of Nostalgia. Author, Jane Kenney