Wiping Out the Obesity Problem Like it was So Much Cake

I don't think I'm alone when I say that I have some serious concerns for the well-being of the millions of people my fellow Americans seem to have eaten. No one, not even Nancy Grace, deserves to die horribly at the hands of the Hutt-like creatures who have mercilessly chomped their bones to bits and devoured them like so many Kowakian monkey-lizards who have failed to make them laugh. What I am essentially trying to say here is that Americans are fat.

I have sat here just now for the better part of twenty minutes and put a good deal of thought into what exactly are the root causes of America's obesity problem, and what are the realistic, workable solutions that can be put into place today, and how I can make everyone do them, and I can honestly say that I now have this thing as licked as the leftover brownie batter on your favorite spatula or whisk, and that means that pretty soon we are all going to be as skinny as Kate Moss after years of living in the Sahara and having just been run over by a steamroller, and of course it is beyond obvious that this is exactly what we all want.

It occurred to me that the single biggest lardass of a cause for this whole nightmare is a little thing called rationalization. For example, Rick Ross. No wait, let me expound upon that. We may know of over 9000 celebrities who do not have a beard that can be best measured in acres, but we will latch on to the one celebrity we know of who does and say that that person is redefining sexy, when in reality they may very well be redefining the orbital eccentricity of the Earth, which is to say in effect that they are fat. I don't want to be perceived as sexist, so ladies please substitute Adele or whatever other crappy artists you listen to.

Another large and in charge factor is plain and simple laziness. Day in and day out we rationalize that we have worked our blubbery butts of so we don't need to bother preparing a healthy meal or going to the gym. We will instead eat a bucket of Crisco and watch The Biggest Loser.

Which leads me to the next flabby culprit, television. It's possible to watch television while on a treadmill or elliptical machine, but it is much more plausible that as an American you will watch it while tending to your gout, or, as this picture depicts, after a dozen Krispy Kreme donuts and a bottle of Robitussin.

Internet, on the other hand, is not really a factor.

While I'm thinking of it, I'm going to propose there be a weight limit on public transportation. It always bums me out when I see an obese person waiting at a bus stop.

The same goes for flying. So you say you need to get from Atlanta to Houston by Tuesday? Well I recommend you get a rickshaw for your luggage and start hoofing it, Tubby McShowershits. 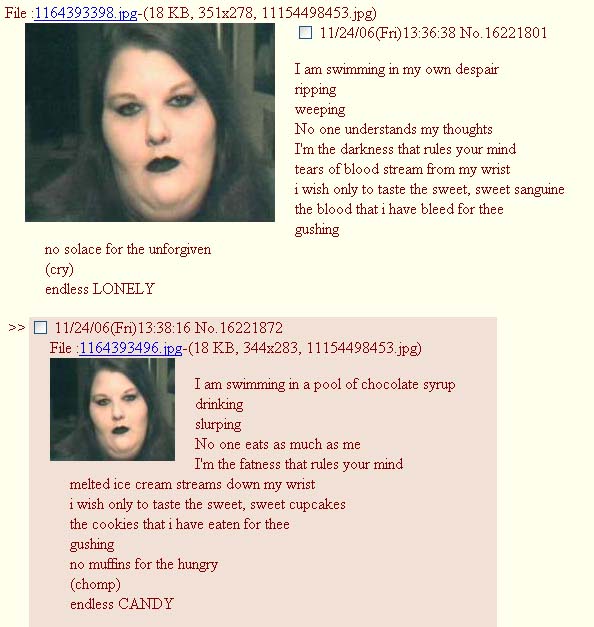 Next, I think we should stop having children. It's a horrible idea and I really don't see how it benefits anyone, except for the part it plays in perpetuating our species or whatever, which if you ask me is pretty marginal. Anyway don't worry about that just stop having children.

And finally I think we should lock all of our food up in a room we don't use and throw away the key. On second thought let's not throw it away. Instead let's give the key to Susan Powter of 90's "Stop the Insanity!" fame. What ever happened to that broad? I really think she was onto something. 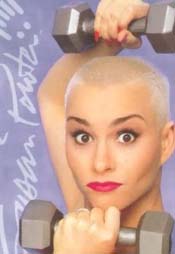 ===================================================================
Wow, that was an interesting post, wasn't it? I particularly enjoyed the jaded newborn. Hi, I'm Elliot MacLeod-Michael, and I'm the author of this blog. I can't take Credit for that image macro, nor can I take credit for most of the pictures and .gifs you see here, but I can take credit for arranging them within a narrative of my own creation which I believe makes them even more amusing. I also use Face in Hole. I've been doing this for over a year now and have really come to enjoy it, but I was not without an ulterior motive. You see, the thing about me is I have pretensions of being a "writer." I'm not exactly sure what the fuck that even is, but I'm pretty sure it involves growing a beard and molesting a lion or two. If you're a woman I think it mainly consists of neglecting dental hygiene and spending some time on a farm. But anyway that's what I've always wanted to be. The primary reason I started this blog was to eventually introduce its readers to my poetry. I'm not planning on stopping this blog anytime soon. I have many completed or pretty much completed poems and starting now I will be posting a link to one of them at the end of each post here. This will continue until I achieve total world domination.
I didn't plan on making new friends when I started this blog, but I'm glad that I have. Thanks to all the folks I am in regular contact with, and to all of my readers. Here is the link. By no means do I expect you to read and comment on my poems, but they'll be here if you're interested.

Wiping Out the Obesity Problem Like it was So Much Cake