I Wanted To Somehow Mention Jeff Goldblum In This Post But I Lacked The Creative Ability To Do So!

Tags: vulcan mind moved speedy gonzales flying annoying shit
October 18th 2010
View original
I was at work today, in my little registration hut just outside the yoga hall, feeling anything but Zen because of a certain Flying insect that felt the need to swarm my head all morning.

I was trying to figure out why flies irritate me so much when it occurred to me, that flies tend land on and hover around only a few things: The starving 3rd world children, The Rotting Corpses, The garbage  and The Fecal Matter.

So, when a fly lands on me, I take it personally! To me, it’s as if the fly is deliberately insulting me with its presence. Like it’s trying to tell me something…Leaving me to wonder if I am a rotting corpse, or stinking like garbage or have somehow become a hungry third world child or maybe it’s trying to remind me of what a huge pile of Shit I am…either way, it’s Annoying and my self esteem plummets when they won’t leave me alone.

All morning long, this damn fly was flittering around my head. At first I would just brush it away and try to send peaceful thoughts its way but after like an hour, each time it came close to my head,  I was all ‘oh no you didn’t’ (neck attitude included) cause today is not the day to remind me of what a piece of shit I am.

I began cursing at the top of my lungs and getting more and more annoyed while others became more and more amused of just how intensely focused I was at capturing and executing this little fucker.

So every time I got a glimpse of this annoying insect in my peripheral vision, I attacked the air like I was Luke fighting against the federation wielding my invisible light saber as I yelled profanities and Star Wars quips just to make it fun (I am pretty sure this is how ‘normal’ people get locked away for a brief period of time) *making Darth Vader like breathing sounds* Fly: ‘Patricia, I am your father’  Me: (best adam sandler impression ever! Think Happy Gilmore meets Billy Madison) “You’re gonna dieeee  flyyyyy!” Laser battle commences...cue the awesome lightsaber sounds *whhuuuummm, whhhuuummmm* 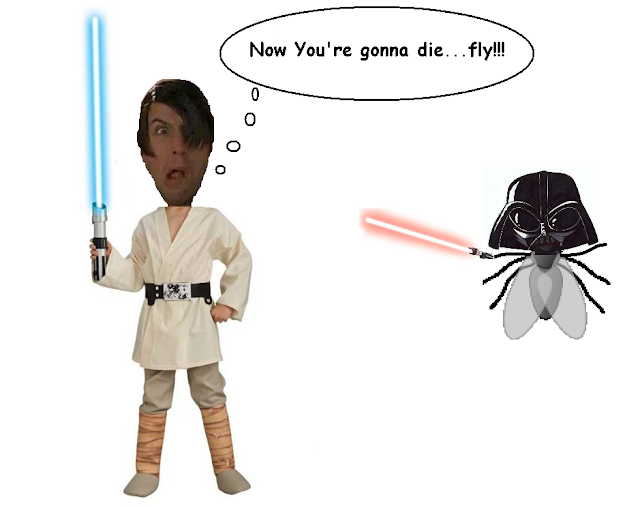 I was staring at the computer screen, trying to finish up some work when I saw him out of my peripheral, my back arched like a cat ready to pounce I stayed very still didn’t move a muscle…eyes focused straight …I was trying to trick the fly into believing I hadn’t seen him see? I was trying to show him I was still working see? oh yes I was being very very sneaky indeed… this was it…but as soon as I Moved my eyes to the right it zipped out of my sight again! GOD Damn it!

Homemade No Churn Raspberry Ice Cream
Secrets of the Sorcerer Slot Review (…
A Balanced Response to Allen Gwinn
Turning Your House Into A Home
10 Health factors that you can improv…
I immediately took on Axl Rose’s persona as I shrilly said,  “You know where you are? You’re in the jungle baby!!! And your gonna DIIIEEEEE!” 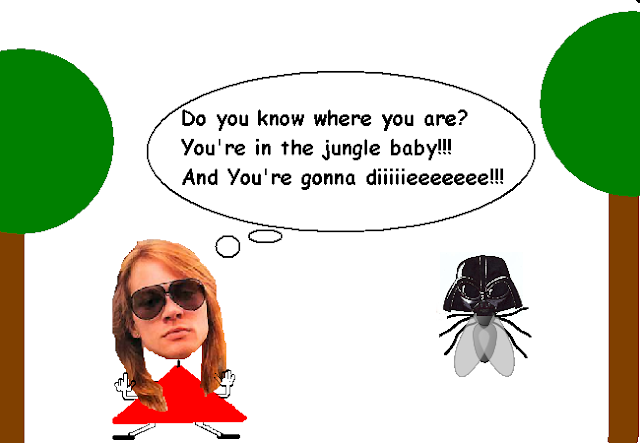 The people at the nearby restaurant were super impressed! They had breakfast and a free show!

My face contorted into some sort of golemnesque mask as I slowly wiped at  the area where the fly had touched me hissing ‘My precious. He wants the precious. Always he is looking for it.  But we mustn't let him have it.' 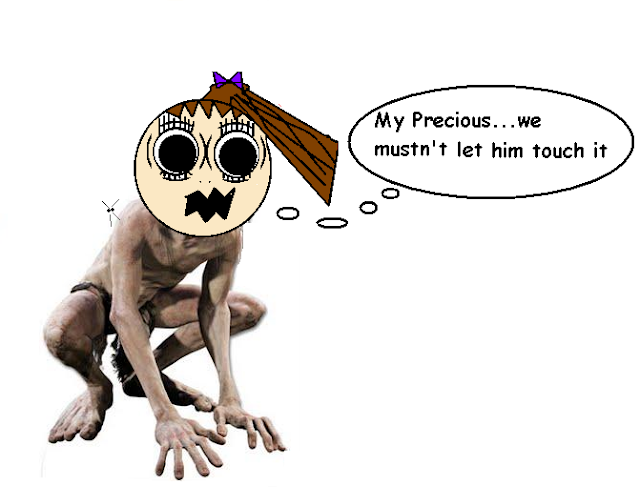 Man, was this fly fast! Seriously this fly had nothing on Speedy Gonzales. Like maybe if you combined Speedy Gonzales with the Roadrunner and sprinkled some PCP over their heads and gave them one of those brooms from Harry Potter, maybe then they could compare to the lightning fast ways of this fly. Every single time I went to look at it and capture it, it moved out of my line of vision! It was like it knew if I got one direct look at it I would surely be able to end it’s annoying little life. This fly had the fucking Vulcan Mind Meld on me I swear! My mind to your mind Your mind to my mind ( I am such a geek to know this oh lord!)


I now am fully understanding of why cats will spend several hours chasing one flying insect…it’s not for the sheer joy and pleasure of it but because they are so fucking annoyed and must get even with the flying critter. There is some sort of twisted satisfaction you get out of killing an irritating insect.

I went back to my work and he showed up again but as soon as I moved my eyes he high tailed it away from me again!

I was hysterically livid …and then it struck me…um Trish, lets think about this for a moment… flies don’t have a brain large enough to conspire to irritate you nor do they have the ability to Vulcan mind melt with you…I nodded my head in agreement with myself…plus you have never once got a good look at this ‘fly’ right? So I moved my eyes quickly to the right and sure enough I saw my ‘fly’ again.

I took a look in a mirror and saw that it was actually a tiny mosquito that I somehow managed to annihilate with my amazing killer blinking abilities (now those are some mad skills right there, like some bad assed Karate Kid shit right there! Daniel-son aint got nothing on me, wax on, wax off!)

Its nasty carcass was resting right on my eyeball! I mean my eye was a little scratchy but I just figured it was a broken blood vessel or something from the lack of sleep I had the night before.   How fucked up is that? All that time, energy and terrible celebrity impressions,  trying to get even with something that I already had masterfully killed…I think a big DOH! is in order here! Like I should get a big wad of DOH for being so retarded (or maybe a 'special' helmet).

The Winner after this round: ME !!! So Suck it, Mosquito!

~I surrender to The Writing Womb~

This post first appeared on The Writing Womb, please read the originial post: here
People also like
Homemade No Churn Raspberry Ice Cream
Secrets of the Sorcerer Slot Review (iSoftBet)
A Balanced Response to Allen Gwinn
Turning Your House Into A Home
10 Health factors that you can improve with Delta 8
World’s Largest Airplane in Line to Launch Space Vehicles

I Wanted To Somehow Mention Jeff Goldblum In This Post But I Lacked The Creative Ability To Do So!