Picture Marylebone is the second restaurant after the originally named Picture Fitzrovia, an independent restaurant venture serving small plates inspired by British seasonal ingredients. Behind the scenes is a team that previously worked at the Arbutus Restaurant Group, Alan Christie and Colin Kelly who were both head chefs at the Michelin starred Arbutus, and Tom Slegg who was the restaurant manager at the similarly Michelin starred Wild Honey.

With its minimalist interior, Picture Marylebone is a picture of pared back urban chic. For lunchtime dining, it provides a perfectly smart setting. For evening dining, the lights are dimmed for a more intimate vibe, with the dinner menu consisting of both a six-course tasting menu priced at £40 and an a la carte menu divided into three savoury sections (vegetarian, fish and meat) plus dessert.

Reasonably priced, the food at Picture Marylebone was also excellent. We began our meal with a prettily presented ravioli of caramelised onions (£9). This was a very tasty Dish decadently oozing with lots of delicious butter, which for some, might have made the dish too rich. However, I really enjoyed it. The pasta was al dente and the onions were delightfully soft and sweet. A nice mixture of fresh peas, lettuce and pecorino rounded off the dish nicely. 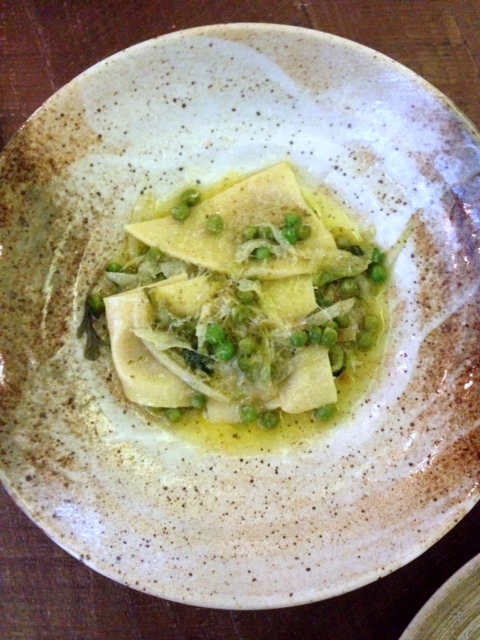 Cod with corn, chorizo, Paris brown mushrooms (£10) was also satisfying with the cod being perfectly cooked. There was a corn puree that provided a sweet dimension to the dish, and pieces of crunchy baby corn and savoury mushrooms that worked well on the plate. It was an exciting combination of flavours, with each element being perfectly executed. However I would have preferred more sauce on the plate to really bring the dish together. 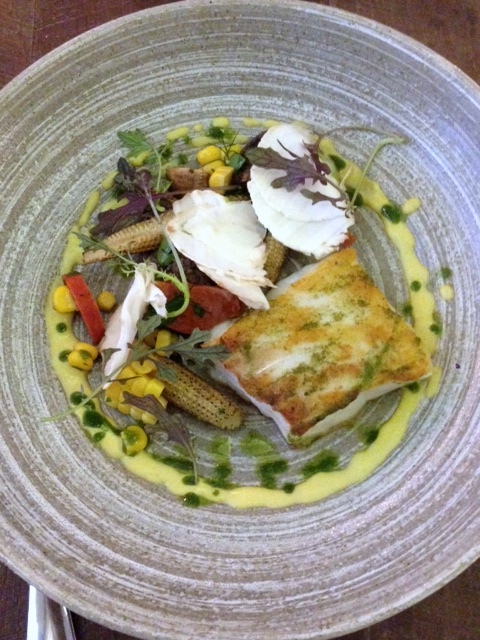 Stone bass with roasted shallots and sprouting broccoli (£10) was a fabulous dish and the highlight of our meal. The fish was delicious – moist, soft and tasty. The bass had been topped with a sprinkling of thyme and sea salt breadcrumbs that provided lots of umami to the fish and which really set it alight. Also lovely was the soft, sweet shallots and the perky broccoli. 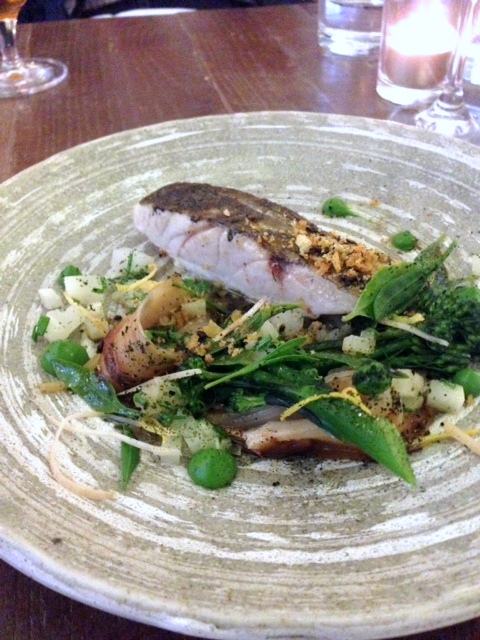 28 day aged cut of bavette beef (£12), cooked sous vide and then charred, was wonderfully tender, succulently and nicely marbled with just the right amount of fat running through it. It was slightly more cooked than I would have liked, but I was pleasantly surprised by its flavour, tenderness and the beauty of its marbleisation. To complete the dish was a pleasant bone marrow crumb and a delicious red wine sauce. This was another wonderful plate of food. 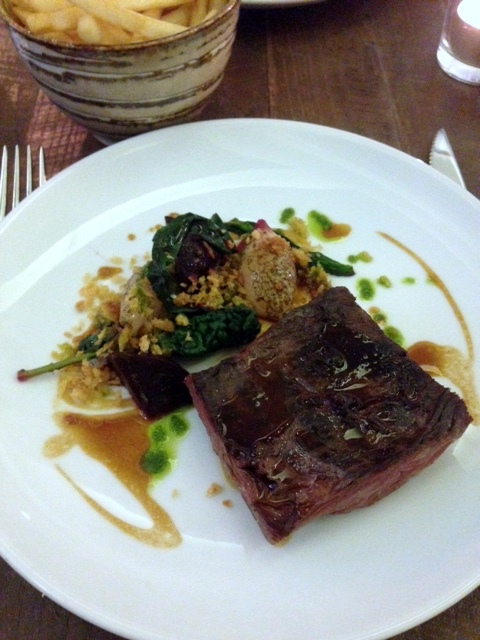 Warm almond cake with apricot and frozen lemon thyme yoghurt (£6) was pleasant if somewhat underwhelming. The cake was quite small, and although buttery and light, its delicate flavour was overpowered by the sharpness of the apricot and the citrusy yoghurt. Like all the other dishes the dessert was well presented, and there was definitely skill on show. But the cake should have been the star of the plate and it wasn’t. 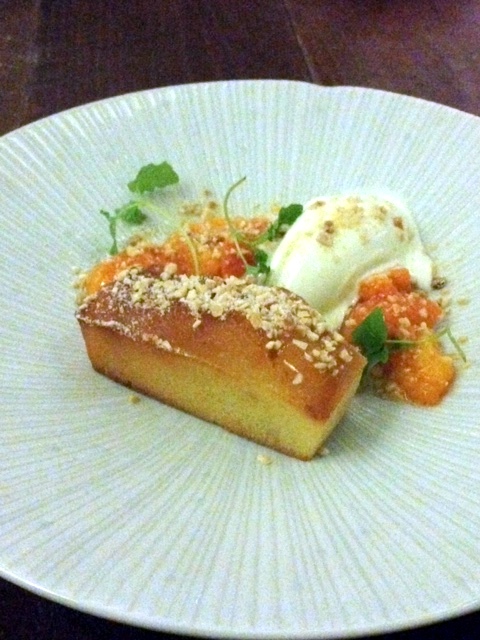 The food at Picture Marylebone was impressive. It was innovative and original, expertly executed, refined and pretty as a picture. Serving as a counterbalance to the high end cooking and the expert service was the simplicity of the concept behind the restaurant – from the minimalist décor, to the reasonable prices, to the concise menu. This made Picture Marylebone accessible to all. I really enjoyed Picture Marylebone, and would happy go again.

SUMMARY INFORMATION:
Likes:
1) Favourite dishes were the stone bass and the 28 day aged beef, but all the savoury dishes that we tried were classy.
2) The professional service.
3) The price point – very reasonable.

Dislikes:
1) The weakest dish was the almond cake.

Price: About £40 for three savour dishes and one dessert from the a la carte menu. Also £40 for the tasting menu. Excludes drinks and service.

The post Picture Marylebone appeared first on A Girl has to Eat - (and travel) Restaurant and travel reviews.

Subscribe to A Girl Has To Eat – (and Travel) Restaurant And