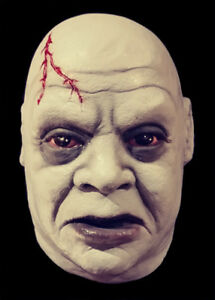 While the name Tor Johnson may not be well-known these days, once upon a time, it was impossible to live without being well aware of his exulted status. As a wrestler, actor and lover of the good life, he was the Mike Tyson of the early 20th century. But much less of a woman-beater.

Born Torissa Jeanette Butterfly Johnson in Unpronounceable Town*, Sweden in either 1902 or 1903, (historians are not sure and to be honest, nobody cares in the slightest). A hefty 75 lbs. baby at birth, his parents knew he was in for great things, like fighting elephants and pulling trains with his teeth.

Paul Oz Takes Oil Painting Into the 2…
“The Friend Who May Not Seem a Friend…
What Causes Bed Bugs?
Self Motivation: How to Keep Moving F…
Vertiv Names Stephen Liang Chief Tech…

Unfortunately, being such a large child made things difficult for Tor. At school, the other kids would make fun of him for not fitting through doorways and for breaking every school desk at which he sat. It soon became unbearable for him and he started to lash out. After accidently crushing the heads of four fellow classmates, Tor had the dubious distinction of being the only ten-year-old sent to the general population of a major Swedish prison.

After five years of running the institution with an iron fist (up to 56 stabbings were attributed to either him personally, or his gang, the Meatballs, but it has never been confirmed), Tor became the unwilling participant in a nascent electro-shock therapy treatment. This resulted in him drooling and only being able to say “I like Jell-O!” for five months.

No longer deemed a threat to society, Tor was released back home, to work at Ikea. Unhappy with his work, he promptly went on a spree of robbing old, defenseless ladies. With the krona he stole, he hopped an old-timey steamship and made his way to America to become rich and famous.

After waiting for the next American Class-C battleship (nothing else could support his mighty weight and still float), Tor made it to America, where he immediately wrestled to the ground the first person he saw, to prove his dominance. Unfortunately, due to an error, that person happened to be the Empire State Building and Tor immediately apologized for his naïve error as a brand-new immigrant.

But it turned out that his error was actually an audition of sorts. A wrestling promoter, Willy P. Grift, was at a nearby boiled shoe cart (the owner had run out of hot dogs a few days ago and was waiting for his weekly visit from the neighborhood dog catcher at 4 p.m.) enjoying a Florsheim with extra mustard, when he saw what Tor had just done.

Grift ran up to Tor and introduced himself and his job. He was able to convince Tor to join the wrestling circuit in the Midwest. Without a buffalo nickel to his name, Tor agreed, which is how he became the “Super Swedish Angel”! He gained instant fame as being the first wrestler to use a prop during a match: he beat his opponent with the referee. It was groundbreaking!

Disillusioned and destitute, Tor took to living on the streets, tearing phone books and bicycles in half for spare change. This is where famed transvestite Movie director Ed Wood discovered Tor and instantly saw the potential Tor had as an actor in his movies. So, he pulled Tor up by his bootstraps, (figurately not literally, at 400 lbs ain’t nobody lifting that dude!)

Soon Tor was enjoying the fabulous Hollywood lifestyle: Crystal in his Cheerios for breakfast, medium-rare baby panda in a bald eagle sauce for lunch and Scarface-levels of cocaine for dinner. He had a house up in the Hollywood Hills that could only be accessed by his own personal ski lift gondola. He had six cars, but due to his size, he could not fit in any of them and ended up just riding a hippo down Rodeo Drive when shopping.

Along with horror director Ed Wood, (nickname: Glenda) and other terrible directors from the 30s through the 60s, Tor went on to make such classics as: The Meanest Man in the World, Ghost Catchers, Swing out the Blues, Lost in a Harem, Alias the Champ, Dear Brat, Angels in the Outfield(?!), You’re Never Too Young (wink, wink), Night of the Ghouls, Where Are My Pants?  Head (you know what I’m talking about!), The Unearthly and of course, his most infamous movie and biggest cash cow (sadly) Plan 9 From Outer Space**, the movie about aliens using dead bodies to do…something? Invade? It’s never clear.

Tor had a long and storied movie career of mostly shuffling around with his mouth agape, doing whatever Bela Lugosi told him to do for a paycheck. Then, at the ripe old age of 68, Tor finally snapped his tethers and climbed the Tower Records building, screaming like a banshee from hell, until a plane shot him down. The crater his body left on Hollywood Boulevard was five feet deep. He was survived by his wife Beefy Jane, and his kids Lothar the Devastator and Kitten the Destroyer.

And now, a haiku: