When This Is All Over, I’m Gonna… 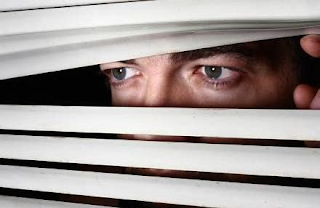 Hey, you guys wanna hear a secret? I’m jumping on this hawt new craze called “social distancing”. It’s pretty new, so you probably haven’t heard about it yet. It’s okay, don’t feel bad, not all of us have our fingers on the pulse of society and things that are cool like I do.

Pukkel, Huesca
“The Friend Who May Not Seem a Friend…
Why eco-friendly custom paper cups ar…
51 Best Start-up Ideas to Try
What Causes Bed Bugs?
So, from what I understand this social distancing means to stay away from people. Fair enough, that just means I don’t have to bother with showers anymore (thank Jesus!) and I get to hang out at home all day watching cartoons and repeats of Psych. I think it also means that I’ve got to do this for at least the month of April. No biggie. 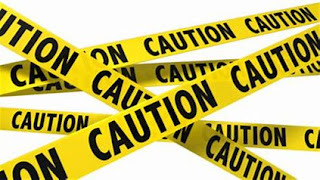 But the question arises: what am I Gonna do when this is all over? Well, the sky’s the limit!
I can tell you what I’m not going to do. I’m not going to any restaurants. Them shits’ll be packed full of people tired of having cooked for themselves for a month (God forbid!) or ordering delivery from GrubHub or FoodDood or ChowCow? I feel bad for Restaurant servers and cooks. They’re going to be up to their elbows to whinny, self-entitled twats for at least two weeks following this ordeal.
Likewise, I’m not going to the movies. Not only will the theaters be packed for every Movie, including Veggie Tales 5 The Veggining, or whatever, but most good movies have already been released on VOD or streaming services. The rest have been pushed back, some up to a year! I gotta wait a year to see Dom and Lettie and figure out how the hell Han is still alive!
And that’s a no go on Disney World or any other amusement park. I can’t stand people at the best of times, put me in a crowded venue full of shirtless, sweaty people with red, sun-burned skin and I’ll pull my impression of a 90s postal employee.* In fact, anything that involves large groups of people is a hard pass for me. 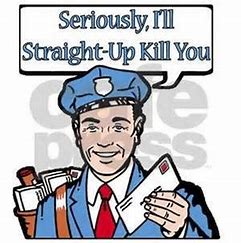 Instead, I’m going to do a nice little tradition of mine, the Aimless Road Trip. This is where I hop in my car, pick a cardinal direction and just drive that way for a few days, always staying off major highways, always sleeping in crappy motels that probably have dead hookers stashed in the mattresses. No actual destination, so no rush to get there. Cruise the vistas. That’s the life for me! I once got lost in the Blue Ridge Mountains for a week! I loved it. 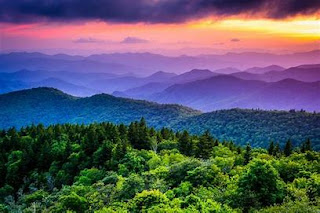 You really get to see rural, small-town America in all its racist glory that way. So historic! So educational! I drive down quaint little main streets and eat at diners run by guys named Mel with waitresses (not servers) named Flo and shit like that.
It will be interesting to see what happens when this is all over. The country is going to go apeshit. So many people have to get their jobs back, or get new ones. Some companies are just going to fold completely. Speaking of hookers,(and who wouldn't want to?) do they follow the quarantine? Is business slow for them, or even better? Do they test each john before a session?
All very important questions.
Anyway, I gotta go now. I’m up to two and a half naps per day and I’m trying to hit four before Easter gets here. What are you going to do when this is all over?
*Remember that? Remember when going “postal” was a thing? What happened to that?
Blogarama


This post first appeared on Eighty-Four Glyde, please read the originial post: here
People also like
Pukkel, Huesca
“The Friend Who May Not Seem a Friend” – The Cat and the Fire, Post 2 of 3
Why eco-friendly custom paper cups are popular in markets?
51 Best Start-up Ideas to Try
What Causes Bed Bugs?
Capture Attention and Drive Traffic with Catchy Headlines: 7 Ideas for Blog Titles
When You and Your Best Friend Had an “Accident”

When This Is All Over, I’m Gonna…