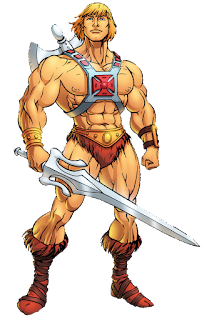 Since time immemorial, children (and some adults) have entertained the many boring hours of their lives with Toys. From tin cans to Back to The Future style hoverboards, (They’re out there, believe me. But only the rich have access to them) kids love toys! And with out current sequestration, I have ample time to look at toys, both from my past and historical past. Let’s play!

How to Get Rid of Mice – 5 Methods
Cabbage Production Guide
Music Profile: Elliott Waits For No O…
51 Best Start-up Ideas to Try
It’s Me – Chapter 4
Toys are old. They’re as ancient as your mom’s pubes, (which have been carbon-dated to the dawn of man). Even early cavemen had stick Dolls and rock Nintendos. The oldest known doll is dated at 4,000 years old.
In fact, dolls were the most prevalent form of early toys. This is most likely because girls were actually the ones who played with toys and dolls, while the boys were out hunting woolly mammoths and growing hair on their elbows. Early materials for dolls included wood, rock, clay and poly-carbonate plastic if you were lucky.
Early toys weren’t just used for playing, they were also tools for development. They helped children understand how to interact with others, both children and adults and how to interpret the world around them. As well as what Barbie looks like when you cut off her hair. 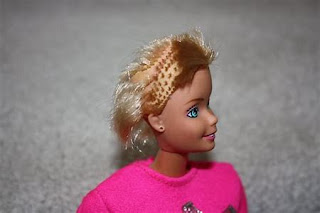 The word “toy” can be traced as far back as the 14thcentury, although nobody knows its origins. It’s shrouded in mystery and intrigue, many archeologists with whips have attempted to hunt down the source of the word, only to disappear into the void on the Island of Misfit Toys, never to be seen again.
Toys have been unearthed in Ancient Greece, Egypt, Mesopotamia and the Indus Valley. Typically, these toys were small wagons, dolls, whistles and (no joke) yo-yos. The first mechanical puzzle appeared in 3rdCentury BCE Greece. I’m not entirely sure what a mechanical puzzle is, but that sounds kinda neat, right?
Fast forward to the 1700s. Toy making was becoming a booming business, but only for the hoity-toity. Toymakers catered to the rich, because all of their toys were custom made and very intricate. Just like the ones that bastard Herr Drosselmeier* used to make. Their dolls would often be made of porcelain, with the highest quality fabrics for dresses, horse hair, glass eyes and HUMAN HEARTS! Well, maybe not that last part, but the dolls were, to a degree, a status symbol. 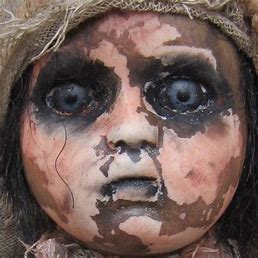 Other ye olde timey toys that our ancestors played with include, but are not limited to: jigsaw puzzles, models, board games, hoops(?) bows and arrows, kites, rocking horses, kaleidoscopes, puppets(!), toy soldiers and that ever popular horror movie staple, the zoetrope. And this was all before the 20th century, those luck bastards!
Early 20th century brought us those classics we know and sometimes vaguely remember: silly putty, Play-Doh, slinky, Legos, Barbie, G.I. Joe, lawn darts, Red Rider BB Guns, toy cars, rubber balls, jacks and other boring shit like that.
Toys can be divided into 8 major categories and to be honest, I wonder whose job it was to do that. You’ve got Construction Sets, like your Legos, your Erector Sets, models, Lincoln Logs, piles of baloney slices, etc. Then there’s Dolls and Miniatures, this includes stuffed animals, actions figures, voodoo dolls and the like. Next there’s Vehicles. That’s where you’ll find Hot Wheels, remote controlled vehicles, wind-up toys and model trains, which, to be honest are more for adult men than children.
Then there’re Puzzles, like Rubik’s Cubes, mazes, Chinese Finger Cuffs (you know what I’m talking about!) and so on. Next is Collectibles. These aren’t for playing with as much as just…collecting. I want you to take five minutes right now and go up to the nearest person you know who collected Beanie Babies and laugh in their stupid faces! A wise investment is to do what I did and collect all your Happy Meal toys from the 80s, them shits have value. Up next is Promotional Merchandise. These are toys that are usually tie-ins to events, movies, sporting teams or cross-promotional, synergetic blah blah blah. For some reason, lunch boxes also count in this category, although I’ll be damned if somebody is going to convince me that a lunch box is a toy. 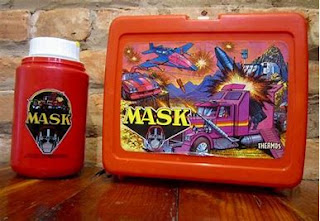 Moving on, there’s Digital Toys. This one explains itself. You either need to plug it in or insert batteries. Tamagotchis need not apply. Lastly there’s Physical Activity. We’re talking BALLS! All types of balls. Big balls, small balls, red balls, blue balls. Round balls, ovoid balls. Smooth balls and rough balls. Also, frisbees, pucks, jump ropes, skates and if you are a true loser, hackey sacks.**
By the way, the secret ninth category is cardboard boxes.
As a child of the 80s, I consisted almost entirely on action figures and all of my action figures were tie-ins with Saturday morning cartoons. In fact, some of them had the toy come first and the cartoon was based around them. The most famous of these is, of course, the Man of Hes. The quintessential 80s boy cartoon/action figure. There’s no quicker way to make a young boy question his nascent sexuality than by handing him a shirtless dude in a loin cloth for him to play with.
The Hasbro toy company ruled the 80s with an iron fist. From He-Man and She-Ra, to G.I. Joe to Transformers, there’s no small pieces of plastic they saw that they couldn’t make obscene amounts of money from. And God bless them for it! They made me who I am today. 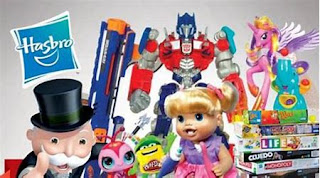 As I sit here in isolation, I take the time to ponder the history of toys and what they mean to me and my formation as a grown ass man-child. I enjoy toys. Always have, always will. Kind of like Robin William in the movie…Toys. I have many favorites and many happy memories of creating giant action figure wars on Saturday mornings, cartoons running in the background as I run around yelling “Pew! Pew! Pew!” and making figures fall over. The halcyon days indeed.
So what are your favorite toys?
*Deep cut!
**But mostly BALLS!
Blogarama