Tags: proposal muskos town
July 23rd 2017
View original
Reports have it that there’s a sex break move in Sweden striving to encourage workers to have sex on government time. According to the reports, Per-Erik Muskos – a Councillor in a small Swedish town, tabled a Proposal for municipal employees to be allowed some sex break from their working day. Mr Muskos told BBC that his proposal was about encouraging procreation that will help manage Sweden’s declining birth rates.

Muskos’ town, Overtornea is among those at the front-line of Sweden’s procreation issues. Its population of about 4,500 is continuously falling while the average age is climbing. “Many young people leave the town on the same day they leave school,” Muskos said and contended that his proposal isn’t all about having sex and making babies. The sex break proposal he argued, would enhance people’s live. 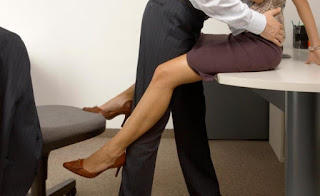 Also, Mr Muskos offered that the proposal can make Overtornea a more attractive place to live. He said: “People have so many other things to do. When you are at home you have social media, you have to take your children to football and ice hockey, you don’t have time to take care of each other and have time together without children. We need to look after each other…If life here gets better, then young people might stay.”

Afterwards, the Councillor indicated that his sex break proposal received some backlash. “People think we shouldn’t talk about it, they say people can fix this by themselves. It’s just three little letters; S-e-x. If it can make relationships better it is worth it,” Muskos maintained. See Also: Security Alert – Bandits Now Use Naked Women As Bait To Trap Motorists On SA Roads With that, he expressed that he’s certain his proposal will be approved. “If it does, the municipality’s 550 workers, who already get an hour a week paid time to do fitness or well-being activities, will also be allowed to go home for some private time with their spouses or partners,” BBC buttressed.