This Teacher claims She was tricked into sex with her student

A middle-aged Teacher has blamed a 17-year-old Student for tricking her into having sex with him by behaving “like a used car salesman”.
Therese Gunn, 54, taught music at South Gwinnett High School, Georgia, and yesterday admitted sexual assault charges.

Platforma SEO
Dealing with Accidental Injury
Monetizing Hobby Through Online Cours…
10 Reasons You Need Life Insurance
Understand You
She has been sentenced to 90 days in prison and will stay on probation for 10 years.
The boy told the court she “made adolescence hell,” according to the Atlantic Journal Constitution. But Gunn told Gwinnett County Superior Court Judge Warren Davis the boy manipulated her into their two-month relationship. He did,” she said. “He was like a used car salesman.”The court heard Gunn, who worked as a teacher for 25 years, had sexual relations with the student on school property and elsewhere. She was reported after the boy’s mother found his diary.

Police said she also hosted a party at her home, which students attended, and she joined them as they smoked cannabis. 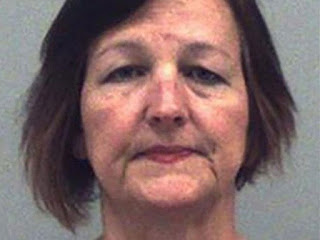 “I don’t find that you're the kind of person that needs to be warehoused for years,” Mr Davis said, the Journal-Constitution reported.
“We get those cases and we get them out of society as long as we can. You're not one of those. But you clearly betrayed the trust that you had of parents, this parent, putting this child in your care,” he added.
Gunn’s lawyer, Jim Wall, had pushed for house arrest but told the Gwinett daily Post he thought the sentence was “spot on”.
“These cases are very tough for everyone involved,” Mr Wall wrote told the newspaper. “I really cannot take any issue at all with his decision.
“I have a lot of respect for the judge and I think his decision is probably spot on as to what should have happened, even though I was asking for something else

This Teacher claims She was tricked into sex with her student