Ok! We will definitely hear more from this peddlers of the gospel. A Nigerian Pastor based in the UK has said that any women who 'horse rides' the husband during sex will go to Hell fire and burn. 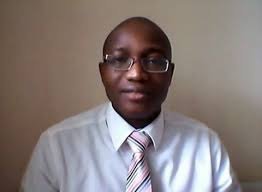 The General Overseer of Complete in Christ Church, Pastor Olugbenga Oladejo made this declarations that Married Christians who allow their wives to lie on top of them during sexual intercourse are candidates of hell.

The cleric strongly warned Married Christians, who engage in different sexual styles, to desist from it or face the judgment of God on the last day.
Pastor Oladejo in a fifteen-minute video, posted on Youtube claimed he was shown a section in hell by an Angel of God where he saw people chopped in bits and pieces on a slab by demons as a form of punishment.

Have you ever made love in front of o…
GALA DALI – THE MUSE OF THE SURREALIS…
Muslim American servant NARRATOR
ELON MUSK: BIOGRAPHY, NET WORTH, TWIT…
What is voluntary spouse life insuran…
He backed his point from the book Isaiah 33:14.
The cleric claimed God showed him in a revelation, where those who were indulged in the acts on earth were being tortured by the devil in hell.


This post first appeared on Odd News, please read the originial post: here
People also like
Have you ever made love in front of other people?
GALA DALI – THE MUSE OF THE SURREALISTS
Muslim American servant NARRATOR
ELON MUSK: BIOGRAPHY, NET WORTH, TWITTER, EDUCATION, AGE, FAMILY.
What is voluntary spouse life insurance
Writing Holiday Stories: Tricks (and Treats) by Karen S. Wiesner
How Much Should Couples Allocate for Their Hobbies?
Best PS5 Games Deals and Offers with massive discounts
10 Small Things to Pay Attention to When Renting Your First Flat
5 Portraits of Jesus Christ app
After Years of Being Ignored, the Countries That Know Putin’s Russia the Best Have Been Proved Totally Right
The closest you can come to making green eggs and ham is by using the eggs of what bird whose shells are green?
Earful Soul – Vol 34