The Lunacy of Lag 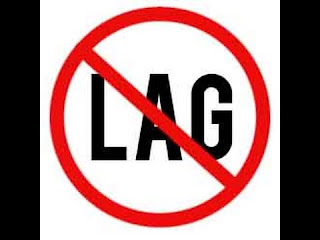 SOURCE: https://i.ytimg.com/vi/uBGXI7muxZQ/hqdefault.jpg
Imagine playing football with your childhood friends. The wind playfully whips through the trees above and sends leaves spiraling down to meet you. Your feet sink into the soft soil of a luscious green field, and your eyes are locked onto the opposite team. Each of you is covered in sweat and tears. You've worked hard for this moment, and you know which play will win you the game.
In your head you can see the crowds cheering for you as you're hoisted high on the shoulders of your teammates. Everyone chants your name as you soar on the clouds of fame and fortune. You will be famous. You are the star. You are their only hope.

How Gender Equity Impacts the Bottom …
“The Friend Who May Not Seem a Friend…
51 Best Start-up Ideas to Try
What Do Carpenter Ants Look Like?
With a slight nod to your team, you yell hike! Everyone scatters across the Field, forming the patterns that you instructed them to. Very good, you think to yourself as your eyes highlight an open player. You focus, and step back. As soon as you prepare to spiral that Football into his glorious, open arms...he's gone.
Suddenly, a phantom player phases into view right in front of the player you were throwing to. Without warning, your arm flings the football high into the air as you scream inside to stop it. How could you have not seen this coming? How could someone so big sneak into view? Your player was wide open!
That is when you start noticing a slight flicker in the air around you. By some sort of wizardry, your football is levitating mere feet in front of you. It's no longer spinning, but there's a slight blur against the pigskin. The colors seem to blend into one another. Each white string along the back of the football smears onto the brown and black. You hear the noises of people shouting and the wet thud of their feet against the muddy terrain, but they are standing still.
In this moment you begin to realize that something is wrong, but it's too late. You already launched the ball into the melting sky. Each second passes like an hour of agony as you hear phantoms surround you. Their bodies are frozen in mid stride, some even in midair, but you are fully able to move. You can't think straight, and there is nothing you can do to prevent the failure that is about to wreck your athletic life. You brace yourself for the inevitable, and stand there.
Without warning, every player on the field is thirty yards away, watching as your ball launches itself into the neighbor's window. The shattering of glass and the ensuing turmoil it causes from within the house abruptly ends the game that you were so hopeful to win. You knew you threw the football to the open player, but everyone on the field says you freaked out and launched it at the window. You look down at your hands, and meet the eyes of every other player on the field as they walk by you, not even attempting to hide the bitter scowls on their faces. You ruined their game. You alone made them unable to continue in their sport fantasies that brought them adrenaline and excitement.
In the Gaming world, this is called lag. It's a loathsome, horrid aberration of technology that has made it's way into online play. Technically, it's existence is granted by limited connection speeds in contrast to the necessary data needed to perform actions over a network. In short, it's the inability of an internet connection to keep up with what's going on in your game.
Sadly, lag is an ever present, deadly predator of the gaming community. In it's natural habitat, it stalks those who lack the speed to escape it. When it finds prey, it tortures them with the illusion of control, only to violently take it from them in their time of need. Oh, were you about to line up that perfect shot? It'd be a shame if your gun jammed and the enemy stabbed you from behind! Oh no! It looks like you failed the mission. Now your friends are mad at you for wasting their time. What a pity.
Lag needs to be stopped. It's silently ruining the gaming experiences of all those who fall victim to it's conniving ways. In order to stop it, we need to understand it. There are two main sources for this digital villain, servers and users.
Server-side lag is when the gaming company is having issues hosting your game. One way to know if there is any issues with the server is a small phrase that no one wants to read in the middle of a match. Migrating Host. This means that the lag monster is slithering away to another network and is waiting to devour those it comes into contact with. Be careful. Host Migration is an important progress, but it can also be misleading. Just because you migrated hosts does not mean your gameplay will be any smoother. It just means that you are on a different host than you were before. Sometimes this new place is just as dangerous as the last.
If the problem is not on the server, then that means it is the user who is being infected. Like any infection, a lagged player may affect the gameplay experiences of others in their session. This is how friendships are tested. Just like the football game example above, if lag commands attention at the right moment, your team may suffer. You might be the reason why the team couldn't score the last goal, or why the enemy has killed you thirty seven times. But don't worry, there is a way to stop it, but no one can do it alone.
The trauma that lag brings can be a lifelong condition. If you or a loved one have been afflicted with lag, please do not hesitate to call 1-800-stoplag or visit our website, www.stopthelag.com.
(DISCLAIMER: Calling the number or visiting the website will be at your own risk and/or expense. I am not responsible for anyone who legitimately contacts either of these sources.)
Thank you for your time and may your games be lag free.

The Lunacy of Lag