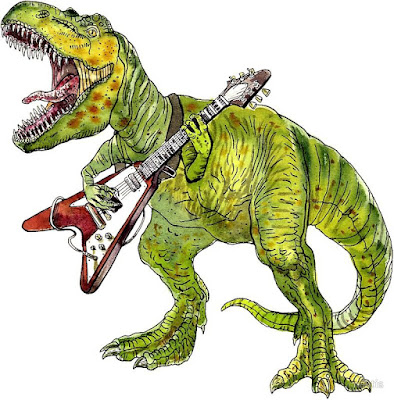 Welcome to South Manchester on day 34 of so-called freedom, on an unpleasant day with lots of rain. I narrowly avoided the rain this morning, the main showers starting about ten minutes after I had arrived home from my daily walk. Thank goodness.

Here is the usual Sunday Stealing post  called Sad and Sleepy. I decided to just call it Sleepy because I m not particularly sad at the moment – a little sleepy I guess but since it’s the weekend I will have a nice lie in tomorrow morning.

Shall we dive in?

1. Has anyone ever made fun of your taste in music?

People always make fun of my Music. Most of them are lovers of terrible pop music (from all eras) or people who like classical music, jazz or similar tastes. I try not to tell people that their music is rubbish these days; instead I tell them that it is not to my taste. In return they tell me that the music I like is not music at all. Some say it is too noisy, that there is no tune, that the singers do not or cannot sing or that the musicians have zero talent. I have been called a musical dinosaur, tone deaf or contributing to the death of music by supporting such artists.

I do admit that some of the music I like is an acquired taste, but I genuinely believe that the musicians I like are extremely talented and exhibit virtuosity of the highest order. I tell such people that just because the powers that dictate people’s musical taste with an endless supply of banal and inane pop drivel don’t like my music because the artists are independent, talented and want to express themselves in a way that these evil music moguls don’t permit.

My claims are substantiated because although the bands and artists I like don’t reach number one in the singles charts or get a lot of airplay on the radio, they still sell millions of records and sell out their tours.

I will give anything a chance.

Even two songs as diverse as this:

What have I learned?

All life, it never goes away

You never will betray

When words have gone away

Remember – don’t let anyone tell you what music to like – but it does pay to expand your horizons. There is so much music out there waiting to be discovered.

2. Do you have pop-tarts in your house right now?

I have to say with my hand on my heart that I have never had a pop tart. So the answer is no.

3. Does someone owe you over twenty dollars?

Nobody owes me any money whatsoever. If somebody owed me $20 I would ask for £20 instead (which is a little more). That’s because you can’t spend dollars in the UK.

4. When was the last time you burned any part of your body?

I seem to remember that I picked up a saucepan with a metal handle and that burned. Why do they make saucepans with metal handles?

5. What kind of booze did you last take shots of?

I don’t drink shots. However, we visited a distillery in Llandudno, in Wales, a week or two ago and I tried a couple of shots of Welsh whiskey. I don’t like whiskey really so I asked the guide what he recommended for somebody who doesn’t really like it. The shot he gave me was, actually, surprisingly good, I have to say. It hasn’t changed my mind though to be fair.

6. If you could see any musician live, front row, who would you choose?

I’ve seen Devin Townsend live once but at the front, it was a little insane with a huge mosh pit forming around me. I would probably choose Steven Wilson as his music is a little more sedate and less prone to crowd eruptions.

7. If I gave you ten dollars, what would you spend it on?

I wouldn’t be able to spend it in the UK, as I said in question (3) because we use pound sterling instead. I could go to a currency exchange and get £7.34 for it and buy myself a beer or two at the pub. I would probably take it home and stash it away in my collection of foreign currency ready for my next trip to America.

8. Does / did either of your parents serve in the military?

Yes. My father served in the army for about three years in the late 1950’s. I don’t think he would have had he had a choice – it was mandatory in those days. I think he learned from his experience.

I can honestly say that I have never had sour candy. It is a little bit of an oxymoron so to be honest I don’t think I would want to try it.

10. What do you do to stay awake when you’re tired?

I used to drink coffee but I have now given up caffeine because you cannot control how long it keeps you awake. These days, now I am older and wiser, I allow my body to dictate when I sleep. If I am at home and tired, I will allow sleep to take over and doze off.

11.Do you wear your shoes around the house?

Only when I come into the house or just before I leave.

12. Is there ever a time that you enjoy cold showers?

Yes – I like a cold shower when it is extremely hot. I was once in Oman and the outside temperature was about 38 degrees Centigrade and I stupidly decided to go for a walk. I didn’t last very long because the heat and the humidity conspired to start the process of cooking me alive. When I returned to my hotel room I was sweating so much that I could barely peel the T-shirt off my back. When I did, I simply stepped into a warm shower and gradually took the temperature down until it was absolutely freezing cold. That cooled me down very quickly and was thoroughly enjoyable.

13. Are you good at filling silence in awkward situations?

It depends on the situation. If there are just two of us, I will try to kick start the conversation. I was once working in Russia with a colleague who was very quiet, so I tried to drive the conversation over dinner and in the hotel bar. It worked but it was hard work. If there is a large group of people I am more inclined to leave such things to somebody else.

14. Any TV shows you sit down weekly to watch?

Yes – quite a lot. Now the football season has started again, I usually watch Match of the Day on Saturday night and I watch the news on a daily basis. I tend to record most other programmes to watch at my leisure.

15. Are you one to sneak food into movie theaters?

Absolutely. I was very annoyed one time, as an adult with two young kids, when the usher (or whatever you want to call him – “jobsworth arsehole” was a phrase I had to stop myself from calling him to his face). The kids had a couple of bags of sweets and this arse wouldn’t let me take them in, leaving me no choice but to pay an exorbitant amount for their own sweets, drinks etc. Since that point I vowed to try to sneak in my own refreshments. And to that jobsworth arsehole I have this to say:

I have a 100% success rate you bloody idiot.

This post first appeared on The Plastic Mancunian, please read the originial post: here
People also like
Review: Davy Knowles ‘What Happens Next’
Best Home Sauna To Stay Warm All Winter
Best Slots You Can Play at Online Casinos