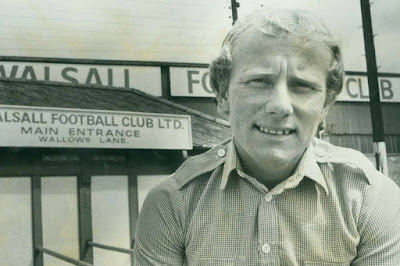 Welcome to  a rainy South Manchester on day 21 since freedom day. It’s a bit weird actually because we have just returned from a long weekend to Llandudno, a lovely little seaside town in North Wales, about 90 minutes away by car, but where the lockdown rules are different from those we have in England.

Just for the benefit of American readers, I live in the United Kingdom, which comprises four countries; England, Wales, Scotland and Northern Ireland (not the Republic of Ireland). We have a devolved government in that Wales, Scotland and Northern Ireland can still make their own rules and each has a first minister, but they have to endure the same stupid clown that we do in England as the Prime Minister of the United Kingdom.

So in Wales, they were still under stricter Covid-19 restrictions, meaning that social distancing was in force and pubs, restaurants etc. were limited in the number of people they could accommodate. In England, such restrictions stopped on July 19th.

However, we were there from Thursday to Saturday, and on Saturday (yesterday), they had their so-called “Freedom Day” and now they can open up as they did before the pandemic, although they do have slightly stricter rules than we do in England – they have to wear masks on all public transport and in shops – though not in places where food and drink are served. It’s optional in those places. Nevertheless we did see people wearing masks in restaurants when walking around and some places still had barriers up.

Anyway we had a good time despite dodgy weather at times, and now I am back just in time to contribute to this week’s Sunday Stealing just as the Olympics in Tokyo are about to finish. Let’s answer some silly questions shall we?

1.  What is the nearest book to you?  Your Kindle does not count.

The nearest Book to me is one of two books I am reading at the moment. This year I have pledged to myself that I will read some old books from my dusty collection that are all to do with creative writing with a view to helping myself from being absolutely dreadful to one that is slightly less awful as the year progresses. This particular book is called “Three Rules for Writing a Novel” by an American author called William Noble. It is very interesting and I have had to resist using my marker pen to correct his use of words like “favorite”, “vacation” and “color” to the correct way (“favourite”, “holiday” and “colour”).

Of course I am joking – I can tolerate such foibles in my American cousins.

2.  When was the last time you took a "me" holiday

I have just been to Llandudno, as I mentioned above, with Mrs PM and that was an “us” holiday, which are the kind I like best. When did I last take a “me” holiday? In all honestly I have no idea and I don’t know what a “me” holiday would entail. I am not averse to travelling alone if necessary (I have had to do so numerous times with work – but they are not holidays at all as work is involved). I think a “me” holiday would only happen if Mrs PM were away somewhere – and I think I would drive to a nearby seaside resort, book myself into a nice hotel and then relax with walks along the seafront, or sitting in a café or pub overlooking the sea, with a good book and a beverage of my choice, watching the world go by. That is unlikely to happen for a while I have to say.

3.  How many telephone numbers do you have?

Quite a lot. I’m not going to count them – though perhaps I should go through them and remove those which are no longer necessary. With the advent of social media, I rarely use my phone as a phone these days.

4.  If you could fix one thing in the public school system, what is the one thing you would do immediately?

Public schools in the UK are an oxymoron. They are not public at all; you have to pay fees for them and usually involve rich politicians, famous people and so-called celebrities sending their poor spoiled kids away to be educated.

I would consider banning them completely.

I have dipped into the Olympics briefly and I have to say that I quite like watching the indoor cycling events. I can watch most of the sports actually, except, bizarrely, football (or soccer to the American readers). Why? Because the UK doesn’t compete. As I mentioned above, we have four countries comprising the UK and in football terms we have individual teams for each nation; England, Northern Ireland, Scotland and Wales. The governing body, FIFA, would probably try to force us to compete in all competitions as the United Kingdom, if we were to enter a combined team into the Olympics – and none of the four nations would accept or allow that to happen.

That said, we did have special permission to do this during the London 2012 Olympics – just because they were in the UK I think.

6.  Do you watch the Olympics?

As I said above, I dip in and out of them, rather than watching them religiously. I know that the UK did rather well, finishing fourth overall.

7.  Who is your favourite sports team player?

I can’t say that I have a current favourite. The football club I support, Walsall FC, have a largely new squad this season and it only started yesterday, so I will reserve judgement for a few months.

My all-time favourite Walsall player is a guy called Alan Buckley who was a prolific goalscorer in the 1970s before becoming our manager briefly afterwards. 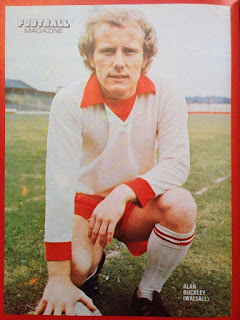 I was lucky enough to meet him as a kid and he signed my football programme for me. I still have it upstairs in the loft.

8.  If you could travel in a spaceship to any planet, which planet would you like to visit and why?

It would have to be a planet that supported human life and all the ones we know about, that aren’t Earth, cannot do that. I guess I would do a fly-by of Saturn because it is the prettiest but if I were to be transported to a fictional world it would probably Risa, in the Star Trek universe, which is a “pleasure planet”.

9.  When was the last time you sat in a church?

These days I only go to church for weddings and funerals, one of which is a pleasurable experience, the other being pretty damned awful (I hate funerals). The last time I sat in a church was in 2017 when my mum died. I hated it.

10.  Are there any aspects of blogging that annoy you?

From a personal point of view, I am annoyed with myself for not being as prolific as I was a few years ago. I wrote quite a few posts a year and I would like to return to that. I have had to push myself recently to try to produce more posts that are about life in general and my weird outlook on it. I like Sunday Stealing because it gives me a little push in that direction but I could really do with writing two or three posts a week that are more like essays, thoughts, etc.

I need to make a habit of it and I know that when I retire eventually I will be more inclined to do so.

11. Have you ever gone to a party and snooped in the medicine cabinet?

Never. Why would anybody ever do that?

The only reality show that I can tolerate is the Apprentice – that’s the UK version with Alan Sugar rather than the American version with the Orange Goblin. The only reason I watch it is to see Sugar bring the egomaniacal arses that think they rule the business world, crashing down to Earth.

All other reality TV shows are awful and I would rather pull off my fingernails with rusty tweezers than watch them.

13.  How many people can you call who have known you since you were in school?

When I left school, I also left Walsall, my home town, and ended up in university at Liverpool. I never moved back and consequently lost touch with all of them over the years. There is one kid (a grown man now) that I keep in touch with via a message board that I pop onto occasionally – but that’s about it. I still keep in touch with quite a few lads from university though and we are having a reunion in September of this year.

I kissed an Irish girl whose name I will not share – for her benefit more than mine. I remember it being very pleasant. I was about seven years old (as was she) and I discovered quite a few years ago that she had become a nurse and, at the time, lived on the south coast of England.

15. You just got thrown out of your country.  Where do you want to become a citizen?

I am learning Spanish so I would probably opt for Spain. Although I could be tempted by France (as I speak a little French too). Both are beautiful countries and I am resisting the urge as we speak to start a massive rant about Brexit and what that scruffy half-witted, half-clown/half scarecrow who masquerades as our Prime Minister has done to my country.

I am breathing deeply and picturing bunny rabbits frolicking in a field of daisies, dear reader.