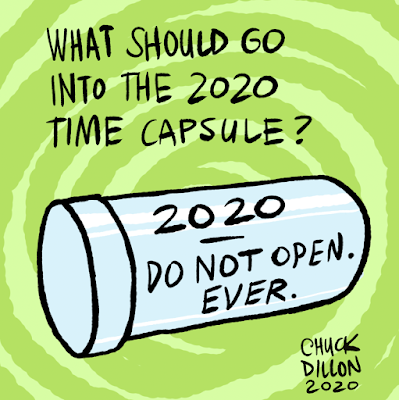 Welcome to sunny South Manchester on day 455 of Covid restrictions. Euro 2020 has started (a year later due to the pandemic), so it will be wall to wall football for the next few weeks. I can’t wait.

Without further ado, let’s dive straight into some silly questions from Sunday Stealing.

It is a boat on the shore of a tranquil turquoise lake – a beautiful tranquil image. I would claim credit for it myself if I could, but sadly I don’t want to mislead you. It came with my phone and of all of the ones supplied, I liked it best. Here it is:

Coventry, from 2 Tone Ghost Town to C…
A Guide to Camping Clothing
Monsters, music and faded glamour: Cr…
A Furry’s Guide to Cryptocurrency
Getting A Business Administration Deg…

2. How often do you journal?

I journal every day and have done since 4th November 2018, when I started what is known as freewriting. Basically I just let my thoughts wander and put them down on paper (well in a computer document) without any proof-reading or grammar checks. It’s become a daily habit and one that I can no longer break.

So what do I write?

Any of the following:

Thoughts, writing exercises, pseudo-diary entries, ideas and all manner of garbage. Nobody will ever read it because it is total rubbish – but within there are fledgling ideas, plans and several nuggets of gold scattered around.

It works for me and it is fun.

3. What’s your favourite thing to teach others?

The only time I really Teach anybody is at work and I regard it as part of my job even though I am not a trainer or teacher really. If we have new starters I will teach them about our software and also assist guys and girls in other teams whenever they need to know about the system.

I don’t like doing it but it has to be done. I wouldn’t call it a “favourite thing” either.

I have tried to teach Mrs PM to appreciate decent Music – and failed miserably – apart from some nuggets on our joint playlist - read about it here.

During the day, I try to catch up on household chores and, during the football season, I will watch a game from the Premier League. Sunday night is Movie night and we relax in front of our TV watching a suitable joint movie. Unlike our music taste, Mrs PM and I tend to like the same kind of films.

5. What would you describe as your kryptonite?

I have a few, I think. I have a tendency to procrastinate, even though I am improving on that score (by forming and sticking to habits).

I am also a little shy, although much better than I used to be, and I still struggle internally when meeting new people. I used to be terribly shy and avoid socializing when I was a kid and really university brought me out of my shell. Since then, I have been thrust into many situations where I have just had to deal with shyness and try to cast it aside.

This is the one thing that has worked really – just talk to people and they will talk back to you. I still suffer slightly but these days I can walk into a crowded pub on my own, order a beer and sit down alone at a table and drink it. When I was 18, the thought of doing that would horrify me.

6. A TV show or movie you thought was really bad

The Twilight saga. I have ranted about it before on this very blog. If you are interested you can read it here. 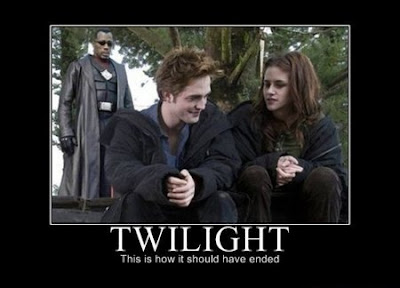 7. Do you know your mail carrier?

Of course I do it is the Post Office.

8. Which regional foods are your favourite?

I think I answered this question last week. If you didn’t read the post, I shall tell you again – Chinese, Indian, Mexican, Italian – in fact I like most food but the only one I struggle with is Thai.

Twenty years ago, we were living in a two-bedroomed apartment and were looking for a new house, which we would purchase the following year. I was a mere 38 years old and not looking forward to my 40th birthday at all. I was working on a project in America and flew a couple of times to Atlanta, which was quite enjoyable. I think I was quite a happy chap even then, as I am now.

10. Crafting hobbies that you’d like to learn or improve

I’m not really good at anything that involve crafts so I guess I would actually have to find something. I might be tempted to try my hand at painting – like this guy, Bob Ross. He had a show on the BBC in the 1980’s and 1990’s called, simply, “The Joy of Painting”. I never watched it at the time, but I caught a rerun of it a few months ago and have watched a few episodes now. Basically, he talks with a really soft voice and then paints a masterpiece in front of my eyes in half an hour. It is strangely alluring. 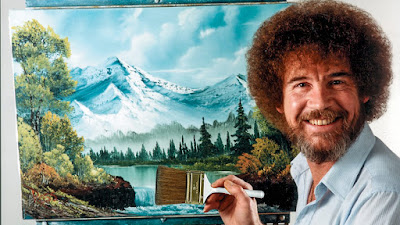 Here is a small trailer:

I watch a lot of music on YouTube and also clips of so-called “unexplained” things, like aliens, UFO sightings, ghosts, conspiracy theories about people turning into lizards and weird stuff like that.

I guess I am a little weird aren’t I? Here is an example:

I love this kind of nonsense.

I am sitting in the back room of my house, my “man cave” (as Mrs PM describes it). I am sitting at my desk typing on a computer and, at the same time, listening to the song “Caprice” by “The Wildhearts”. Ziggy and Star(dust) are wondering around ready to ask me for their lunch and as I look through the window next to me, I can see that the sun has come out and that it is quite warm outside.

• Five CDs containing my favourite songs (created on my laptop – I would never put a CD from my collection in there).

• My old smartphone (something that I should have disposed of really)

• A copy of each of my travelogues.

14. Something you learned recently that resonated with you

We are supposed to be released from lockdown on June 21st. Sadly, the Indian variant of Covid is causing the infection rates to rise in the UK and rumour has it that our Clown Prime Minister, aka (Worzel Gummidge) is going to postpone it until July 19th. 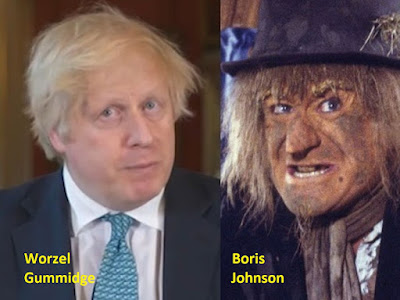 15. Songs that get stuck in your head often

Here are a couple of earworms from my collection. I apologise in advance if they stick in your head:

This post first appeared on The Plastic Mancunian, please read the originial post: here
People also like
Coventry, from 2 Tone Ghost Town to City of Culture
A Guide to Camping Clothing
Monsters, music and faded glamour: Crystal Palace Park, south London
A Furry’s Guide to Cryptocurrency
Getting A Business Administration Degree: What Are The Requirements?
Music Profile: Crissi Cochrane - Soul Singer Songwriter - Ontario, Canada | SRL Networks London Music PR
“The Friend Who May Not Seem a Friend” – The Cat and the Fire, Post 2 of 3
Short Happiness Quotes From Famous and Unknown People