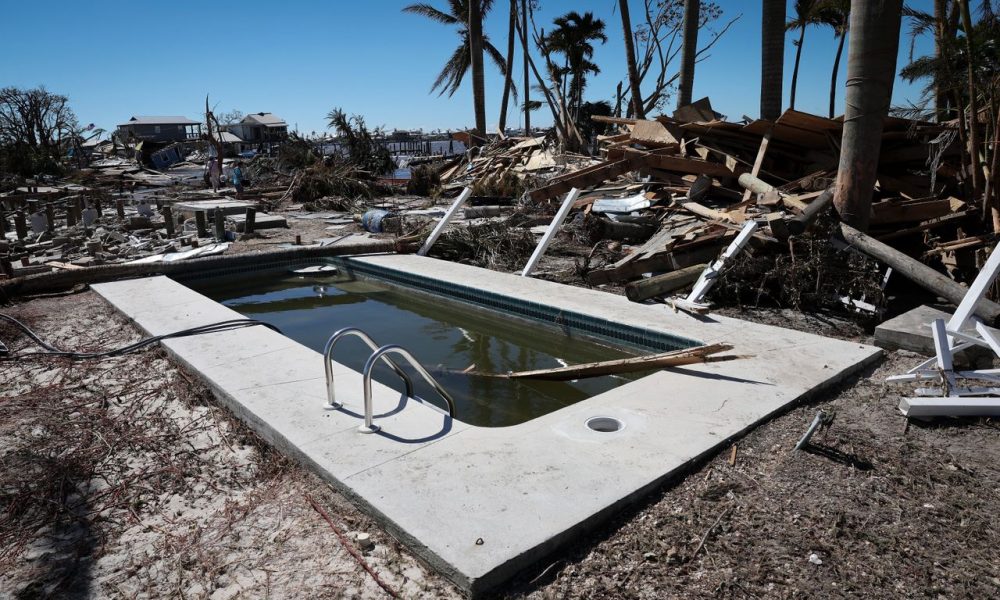 It’ll be months before the aftermath of Hurricane Ian is cleaned up in many parts of Florida. Pool professionals throughout the state are scrambling to deal with the cleanup after swimming pools were flooded, and in some cases destroyed by the incredible force of the Storm.

We first began watching Tropical Storm Ian come up from Carribean over the weekend. Weather analysts predicted that as the storm progressively moved closer to Florida, that it would escalate into a Category 4 hurricane. After knocking out power to the entire country of Cuba, Ian would move in to deliver a one-two punch of high winds and torrential downpouring rains as the storm made landfall in Cayo Costa in southwestern Florida. The storm would indeed become a Category 4 hurricane that would leave areas like Fort Myers and Naples, FL and the surrounding region virtually flooded. 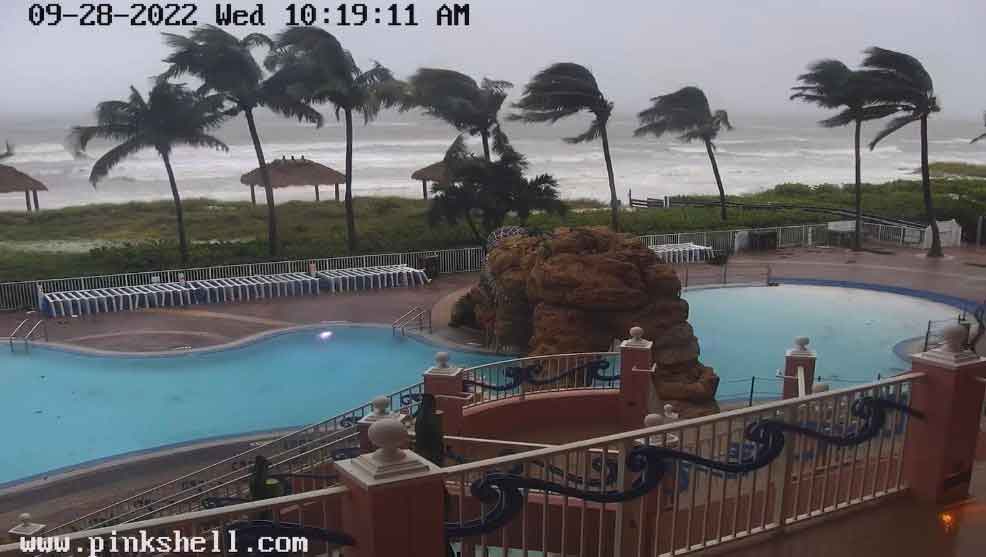 The footage and photos posted to social media have been utterly shocking. One person posted imaged of the Pink Shell Beach Resort and Marine pool area. The first image shows the swimming pool still visible with the storm coming in. Ten minutes later by the timestamp on the image, the swimming pool and deck area was completely submerged under water. 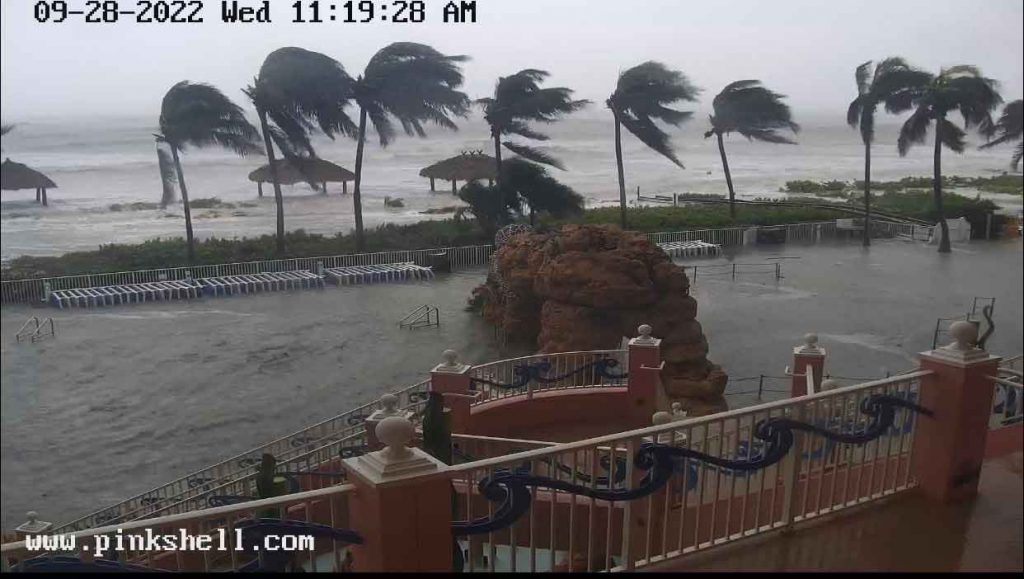 The storm has caused building collapses and damage to swimming pool structures throughout the region. Many residents are still coming to grips with the extent of the destruction the storm left in its path. We spoke with Florida resident Stephanie Parcus who said, “This was life-altering devastation. We experienced a 500-year flood event impacting all the way from Daytona up to St. Augustine. My neighbor Cindy Cole took these photos during the storm because she could safely keep me posted while staying inside.” 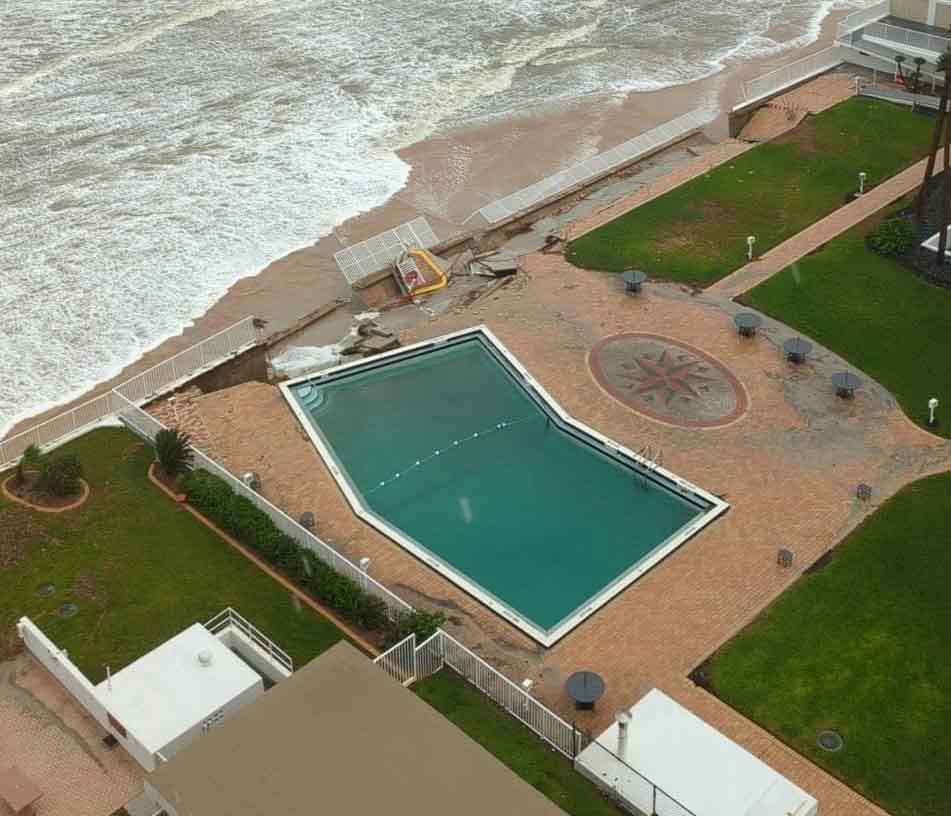 It appears the entire wall and pool deck collapsed in the storm. Photo Credit: Cindy Cole 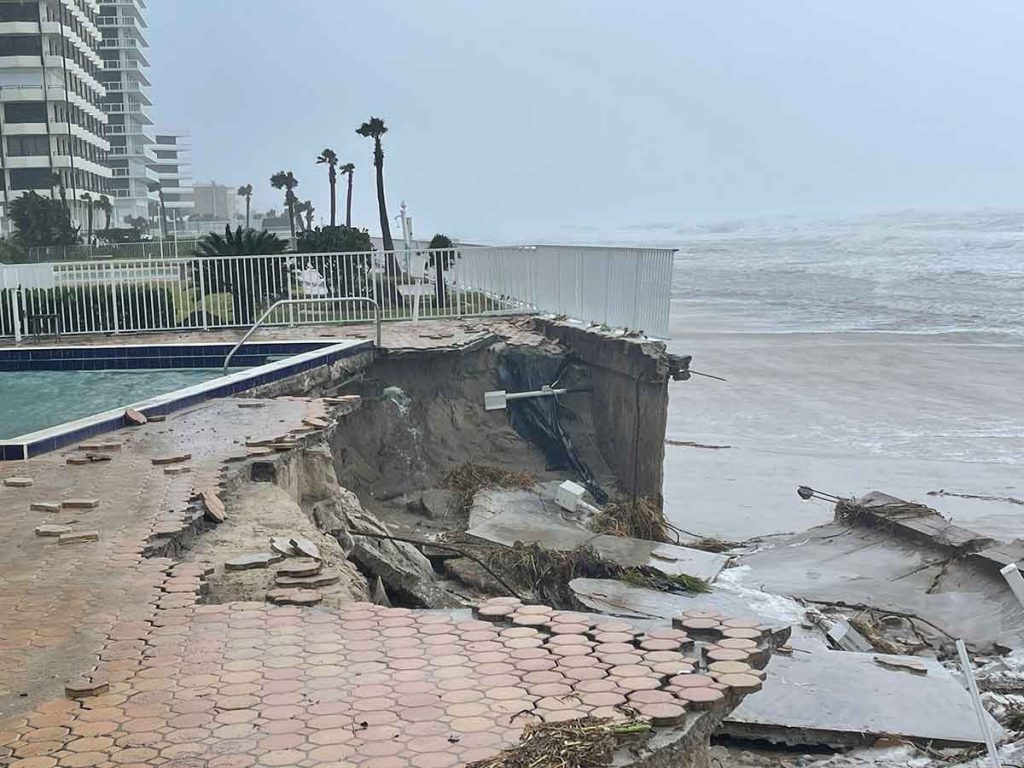 Neighbors surveyed the extent of the damage after the storm. – Photo Credit: Todd Honeycutt

Dealing With The Aftermath

Sanibel suffered major flooding as well with its causeway collapsing during the monster storm. Florida homeowners were told to evacuate in some areas, and water rescues were still ongoing in some areas as of last night. In total 21 people in Florida have lost their lives during the storm including one homeowner who had been trying to drain his swimming pool, early Thursday morning.

There were 1.7 million people still without power as of this morning throughout many areas of Florida where flooding was the worst, relegating some areas “off the grid”. Over 1,000 rescue personnel were dispatched to the Florida coast. So far more than 700 rescues have been completed.

Post-tropical cyclone Ian, which is now a Category 1 hurricane, made landfall in South Carolina early Friday. The storm is now impacting parts of Georgia and the Carolinas but the worst appears to be over.

In Florida however, the situation still remains uncertain for those still dealing with the aftermath. Property losses right now are projected at $47 billion. This could very well make it a more costly and destructive storm than Hurricane Andrew which destroyed 150,000 homes in 1992.