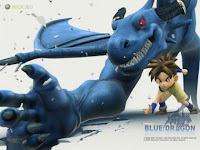 My original plan for my little gaming hobby in 2011 was to start a focus on quality of games rather than quantity of games. Buy fewer games, play fewer games, but really try to enjoy the time I spend with my 360 and PS3. Now that the 2011 is underway, my plans have changed. I'm sure this does not a surprise for any of you who've followed my ramblings over the years. The only thing more fun than making plans and setting goals is making new plans and setting new goals.

2011 will be a busy year. I hadn't realized how many titles were coming out that I would want to play. Although I've come up with my most anticipated games for 2011, there are going to be many more titles that I'll buy and play. I've also decided to make a push and play as many superhero-themed games as possible.

Secondary Games
Rather than list multiple titles under the "Now Playing" category, I figured I might as well create a separate category for "secondary games". These titles are primarily skill-based games that I'll play off and on throughout the year. What distinguishes these games from the games listed above? These are games that I'll likely not finish or sell because they are too good to give up or too hard (yet rewarding) to complete on any sort of timeline. These are also games that I highly recommend to most gamers looking for some highly replayable and rewarding fun!

Coming Soon
I love to think about the games I've finished, the games I'm currently playing, and the games I'm hoping to spend some time with in the near future. I've put together a little list of titles that I'd like to play before 2011 comes to a close. I've tried to order these games according when I'll play them. There are factors that may affect a game's order or inclusion on this list (e.g. retail pricing, review scores, gamer reception, etc.). Look for this list to grow in the coming months as my resolve to conserve money gives way to my desire to bathe in my unbridled greed.