In April 1911 the french Magazine Art et Decoration - Revue menssuelle d'art moderne published an article called "L'Art de la Robe" by Paul Cornu and presented the dresses of the then cutting edge fashion designer Paul Poiret as artworks in themselves. This was a new way of looking at dress which had previously only been viewed as the work of tailors or women's frippery and not worthy of serious consideration by the world of art. 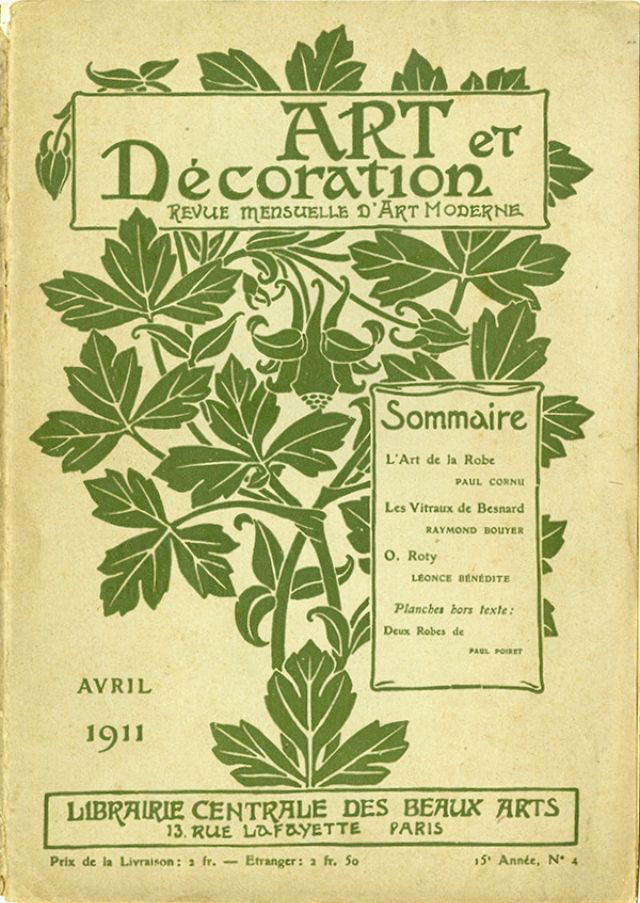 The article had line drawings by the artist Georges Lepape and was illustrated with photos of Poiret's fashions by the later-to-be-famous American photographer Edward Steichen on his first fashion photo shoot. Poiret usually preferred to display his fashions via the medium of artist sketches and in many respects this article is a departure for him with all the photos it displays of his gowns.

This magazine is now scarce and the two color photos that came with the issue sit loose in the magazine and were often used for framing or separated from surviving issues over the years.

So, here's a peak at the beginning of the modern fashion magazine by one of the best of early 20th century fashion designers and photographers. 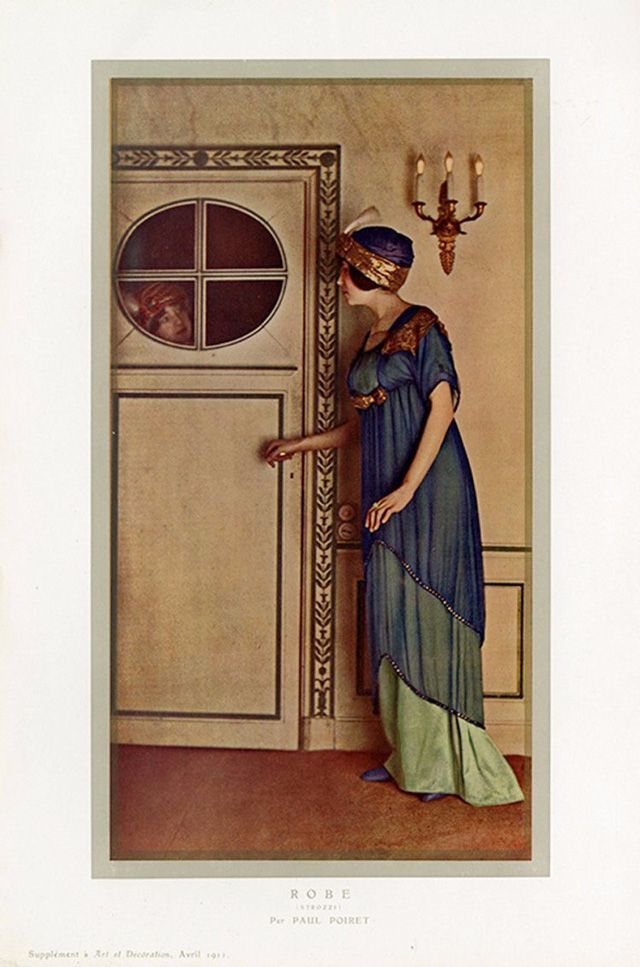 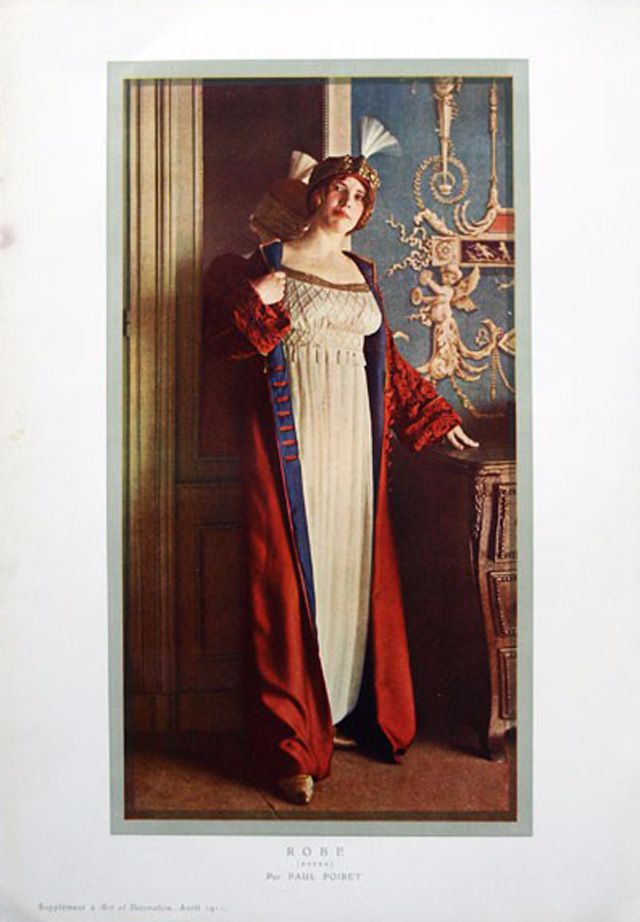 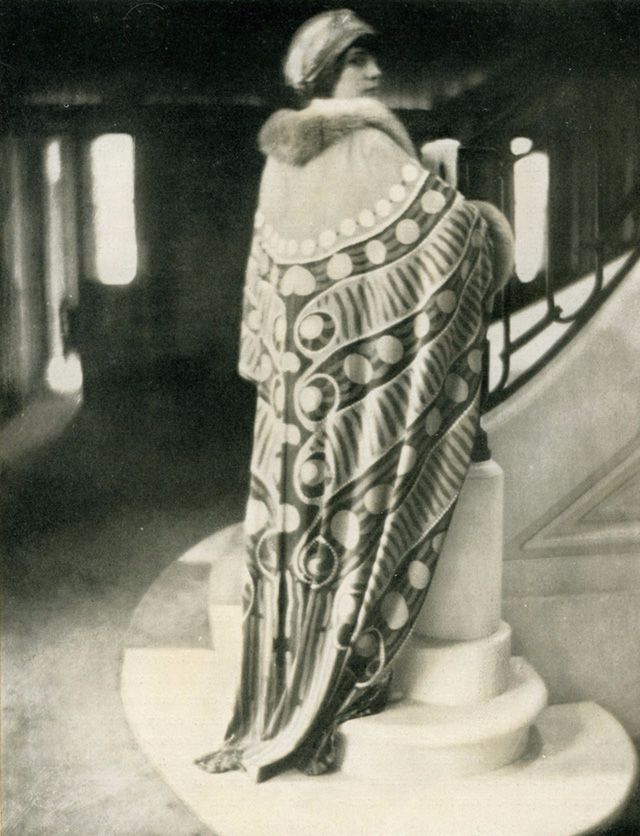 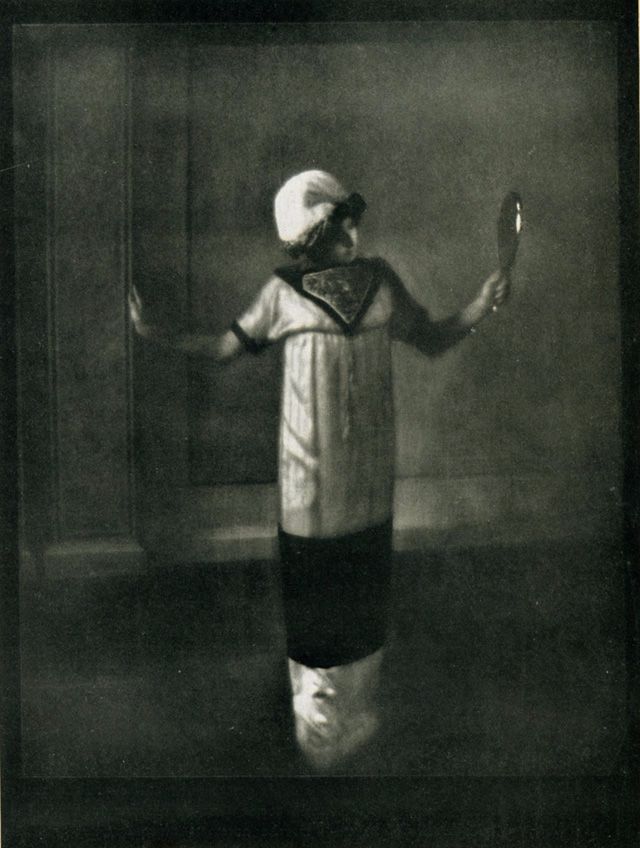 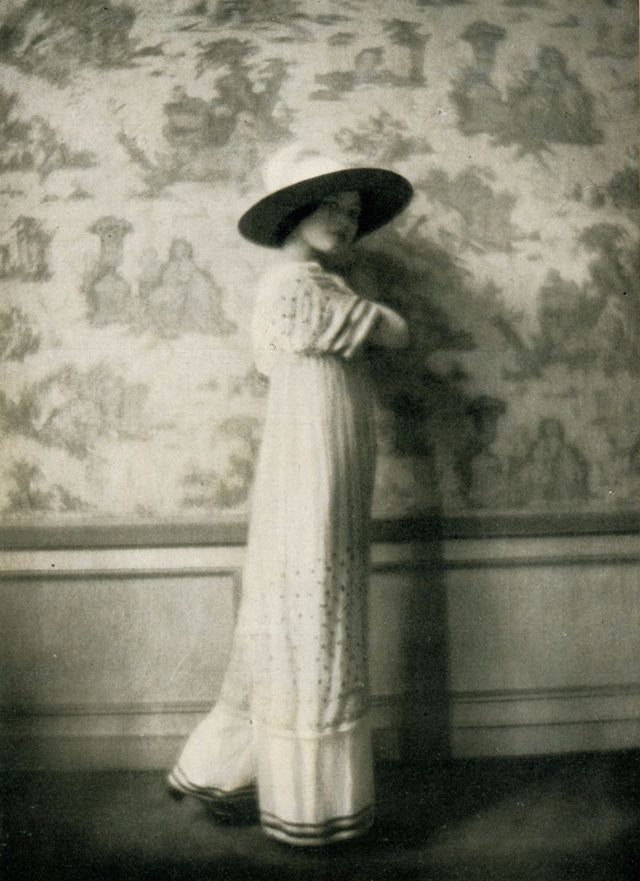