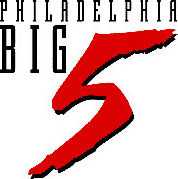 Not merely a college basketball collective!

What’s up, readers! It has been a long two months since I last wrote for you all. I have been swarmed with college applications and other school-related things. But I’m back and more pumped than ever to be playing in big tournaments and providing you all with more content again.

We’re only four days away from our third Regional Championship of the year, Philadelphia, and it is going to be a big one. Phoenix had 459 Masters and Orlando had 616 Masters, so I can’t even imagine how massive this Northeast Regional is going to be. It is also our first big tournament with Karen in the Expanded format, making Night March and Vespiquen decks much weaker. On top of that, I am excited to see how well all of the old archetypes compete with the new ones.

Towards the end of the month (Nov. 26–27), we’ll have our second Standard format Regional Championship in Fort Wayne, Indiana. The newest set, Evolutions, will be legal for that tournament and it is going to have a substantial impact on the Standard metagame.

Instead of providing you all with rogue decks or new archetypes, I simply want to show you the five decks I am liking the most. I will be discussing the decks themselves briefly and then explaining some of the cards choices in them that you might not normally see, along with other options. Hopefully this will give you insight on what will commonly be seen this coming weekend.

Coming off of a disappointing Worlds finish with the ghost tree, I lost almost all of my faith in Trevenant. After some list adjustments, and William Herrmann’s second-place finish in Phoenix, I have come to a conclusion that this deck might not be a bad choice after all. For Worlds, I took a more passive approach with by including Crushing Hammers and no Wobbuffet. My strategy was to run my opponents out of resources while stopping their ways of recycling said resources back, resulting in a very commanding late game. It is hard to tell, but currently I think that taking an aggressive route with the deck is best. With the revival of Jirachi-EX, Trevenant gains a little more turn 1 consistency and on-demand access to key Supporters. Other than struggling with Dark variants and the occasional Greninja, this deck is always going to be a very consistent, viable option for large tournaments, making it number five on my list.

One side note I’d like to mention is that there has been a lot of talk whether Karen is actually enough to stop Night March/Vespiquen decks. (Dustin Zimmerman provides a great insight on this.) Personally, I see this whole Karen situation playing out very similarly to that of Pokémon Ranger. There was a lot of a buzz about Pokémon Ranger being the end of Seismitoad but frankly it did not scare off or hinder much of Waterbox’s success at Worlds. That being said, I think Night March will become more balanced with the rest of the format — though it will not see a substantial decrease in its play, which is another reason why Trevenant is on my top five list. 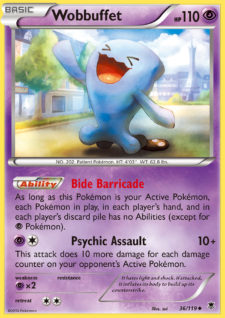 After testing Trevenant for a while, going back and forth between two different builds, this card always seems to affect the entirety of the list. What I mean by that is when you play Wobbuffet, you have to dedicate multiple cards — such as 3–4 Mystery Energy, 1–2 Float Stone, and the 4 Bursting Balloon — for it to work best. If you don’t play Wobbuffet, you have more than two open spots because there are those other cards that are suddenly no longer necessary. Many decks that utilize Wobbuffet often use it as a wall or solely to open the game. In Trevenant, it is used more to finish off big Pokémon later in the game. If you’re going to include Wobbuffet in your list, make sure that you sustain the Item lock for as long as possible and only use Wobbuffet if you absolutely need to.

The entire theme of Trevenant is disruption, so why not put two Red Card in here? Four cards plus the draw at the beginning of the turn may seem like it won’t disrupt much, but the effect becomes very powerful under Item lock. In my testing, one of the hardest positions to come back from is a turn 1 Trevenant + Red Card. On top of that, I play a Delinquent, which in some cases can put your opponent’s hand size down to one in combination with Red Card.

This card is very important in the Greninja matchup. With Delinquent in the deck, you will win the Stadium war almost every time. With their Rough Seas out of play, you can continue to spread damage on their board without having it be completely healed. This card does not win you the matchup but I believe the matchup does become favorable depending on how fast you win the Stadium war and what key cards are prized for both players. Delinquent is not only for the Greninja matchup — I’ve had numerous games where I needed to get a Stadium out of play or I even put my opponent to a zero-card hand.

I had all six of these cards in my list for Worlds this past year. They work really well with the deck and the whole “I’m not going to let you do anything” strategy. The reason I took them out of this list is because of the inclusion of Wobbuffet — I believe the Wobbuffet variant has a better Yveltal matchup. If you do choose to include these in your list, your goal should be to slowly run your opponent out of resources instead of immediately going after the turn 1 Trevenant and attacking as fast you can. I could easily see myself going back to the list with these 6 cards because they give you more control over the game.

In my opinion, this is one of the best techs in the game. It can be splashed into almost every deck and be very crucial in a lot of matchups. There are too many scenarios to talk about when this card has been pivotal in games. It works really well with this deck and I would definitely recommend it if you can find the space.

The main reason I thought about including this card is for the Accelgor matchup. Damage is limited in this deck, so making sure that you Silent Fear every turn possible is very important. Accelgor can can stop the stream of damage and prevent you from doing anything for the rest of the game. If you expect to play against a lot of Accelgor-based decks, I would consider Pokémon Center Lady.

This deck is one of the reasons I love Expanded. Eelektrik-based decks have been around for about four years now and I’ve been a fan of them since their early days. Eric Rodriguez and Azul Garcia Griego played this deck to a top 8 finish at last season’s Virginia Regionals. Recently, Michael Slutsky piloted an interesting Raikou/Eels deck with Gallade to a top 8 finish in Phoenix. As you can see, this deck often finds its way deep into Expanded tournaments. While the deck struggles against Ability-stoppers, it shines in that it has some of the best Energy acceleration in the game and can dish out massive amounts of damage with a bulky non-EX main attacker. Overall this deck has a lot of great matchups and the flexibility to be teched for some of its more difficult matchups. 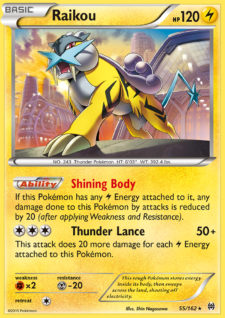 The 1-Prizers did quite well in Phoenix.

I normally like to keep this section for tech cards and cards that you don’t normally see but I have so much praise for this card that I can’t keep it out. The biggest positive attribute about this card is that it is a non-EX. To add on, it can swing for good chunks of damage and it has a total of 160 HP with a Fighting Fury Belt. Its Ability lets Raikou soak up even more damage.

Mewtwo-EX was not included in either of the top 8 lists from Virginia Regionals last season but it was in Michael Slutsky’s Phoenix list. I think Mewtwo-EX is very strong right now for various reasons such as the increase in Wobbuffet play, Primal Groudon, and Rainbow Road.

If you want to catch your opponent off guard, here is a card for you. Eelektross is a great sweeper in this deck. With a lot of Energy on the board, Eelektross can dish out a ton of damage, knocking out high-HP Pokémon that Raikou might not. While the high damage output is the reason people are attracted to this card, for me it will always be the look on my unsuspecting opponent’s face.

The inclusion of these two cards in Michael Slutsky’s list were by far the coolest part about his deck. Gallade has multiple uses but for Philadelphia I can see it being mostly used for Mega Manectric. Gallade can also one-shot Darkrai-EX and Shaymin-EX, and is great for clearing a Garbodor off your opponent’s field. The only issue with Gallade is the process of getting it in play. Maxie’s isn’t easy to pull off, but with a couple of changes to the list to compensate for that, I would definitely consider adding these two cards to the deck.

Want a card that can do crazy amounts of damage? Play this. I’ve never been a big fan of this card due to its low HP and the fact that it is an EX, but it is probably one of the best options this deck has for a late-game sweeper. If you do include this card in your list, I would consider adding a Parallel City or another way of getting Pokémon off the Bench in case you start with this little guy.

Jolteon-EX is great card to deal with Night March and any other Basic-oriented decks. From the lists I have seen on the internet and at tournaments, barely anyone is playing Pokémon Ranger. That being said, I think Jolteon-EX is a great option if you’re worried about Night March, Rainbow Road, Turbo Darkrai, etc.

This article — “Full-Court Press” – The Philadelphia Big Five and Early Thoughts on Evolutions for Standard — was originally published on SixPrizes.