Turds in Space: These Transcripts of Conversations from Apollo 10 Mission Reveal Toilet Problems 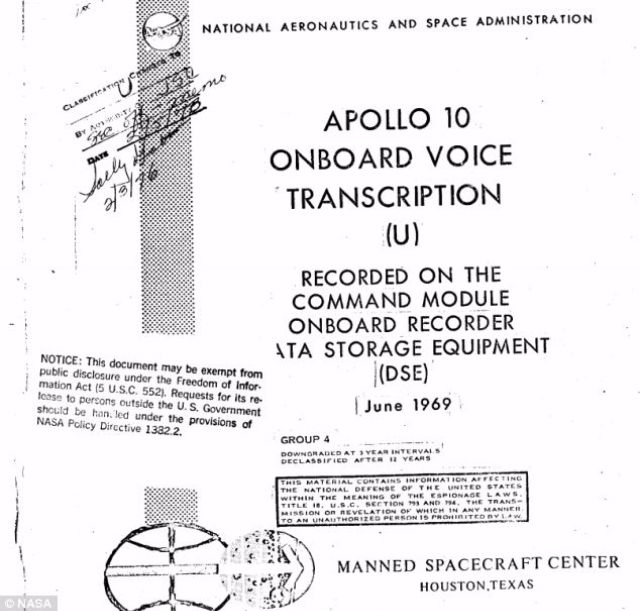 How astronauts go to the toilet in zero gravity has always interested some. Now it can revealed unwanted difficulties - among them issues of ownership - can arise. These transcripts from NASA's Apollo 10 mission to the moon in May 1969 show that when it came to boldly going, all was not well.

The troubles are first mentioned by the Commander (CDR), Mr Stafford, who said: "Give me a napkin quick ... there’s a turd floating through the air."

John Young, the Command Module Pilot, quickly replied: "I didn’t do it. It ain’t one of mine."

Eugene Cernan, the Lunar Module Pilot, quickly realising the blame was shifting towards him, shot back: "I don’t think it’s one of mine."

Stafford then retorted: "Mine was a little more sticky than that. Throw that away."

Cernan then discovers there's more than one piece of human waste floating in the cockpit.

"Here’s another goddamn turd. What’s the matter with you guys? Here, give me a –" which is greeted with laughter from Stafford and Young.

Stafford asks: "It was just floating around?"

The issue was reviewed after the mission ended, with NASA experts concluding that correctly using the "facilities"in space - ie, a strategically-positioned plastic bag - required "a great deal of skill".


Apollo 10 was the fourth manned mission in the U.S. Apollo space programme.

It was meant to be a chance to test all of the procedures involved in a Moon landing without actually landing on the Moon, but it did involve the use of a lunar module that came within nine nautical miles of the surface of the Moon.

Turds in Space: These Transcripts of Conversations from Apollo 10 Mission Reveal Toilet Problems