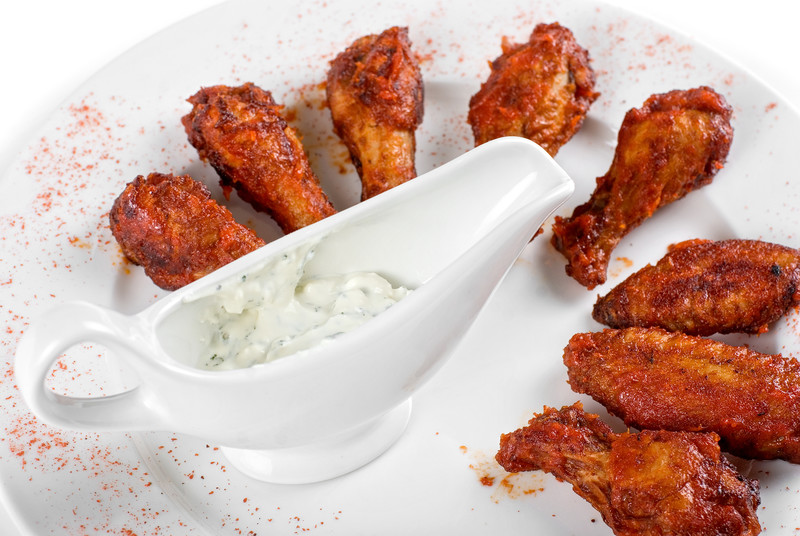 Who doesn't love Buffalo chicken wings?! I don't have to be a tailgating party either to serve these puppies up! In fact, I could eat these every night and never get tired of them. Now...I decided to bake them because I have trouble eating too much fried foods and I wondered if they would turn out as good as the deep fried and I was very pleased that they are so good! So I found this recipe from Serious Eats for you to try!

The tips of the wing, which contain little to no meat, can be discarded or saved for the stock pot. Rinse the wings and pat them dry, then toss in a bowl with the oil and a good pinch each of salt and pepper.

The sauce: Melt the butter over low heat in a sauce pan and add the remaining sauce ingredients, whisking well to combine. Keep the heat low and only as long as necessary to melt the butter: you don't want the butter to separate. Taste for spiciness, and add cayenne if desired.

You can either toss the wings with a quarter of the sauce and refrigerate for an hour, or toss them in a bowl with the flour. The former method will infuse the wings with flavor, while the latter will create a crisp exterior that will eventually soak up lots of sauce. It's totally up to you which way you choose! 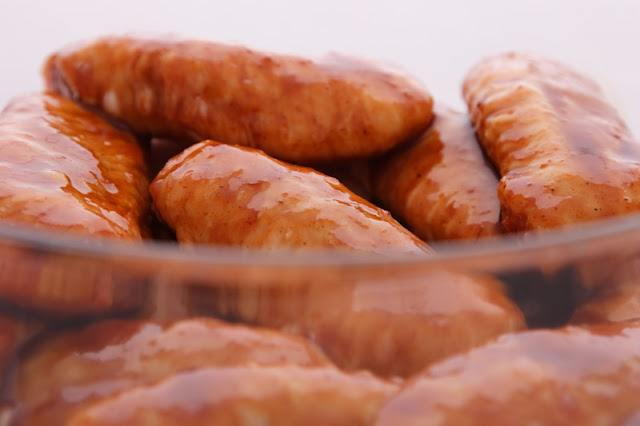 Preheat the oven to 400°F. Grease a baking sheet with a neutral oil such as canola, using a paper towel or brush to ensure it coats all of the surface. Arrange the wing pieces skin-side-up. They should be snug, but not too crowded. Keep in mind they will shrink as they cook.

Cook undisturbed for 30 minutes until golden brown, and until the wings release easily from the baking sheet. Using a pair of tongs, turn the pieces over and return to the oven to bake for an additional 15 to 20 minutes, until crisp.

When the wing are finished cooking, pour the Buffalo sauce into a shallow bowl (you'll probably have to do this in batches) and add a few wings at a time. Turn them in the sauce until well-coated, then transfer to a platter. Repeat with the remaining wings.

Serve them up with blue cheese dip or Ranch dressing.

This post wraps up Recipe Week and I hope you enjoyed the dishes and let me know if you try this recipe, I'd love to know how it turned out for you!