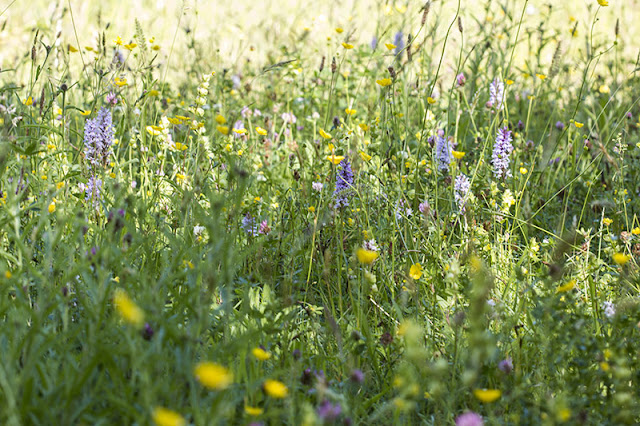 With the sun shining, and temperatures rising, I headed to the woods for a spot of butterfly watching, Howe Park wood, as regulars will have seen mention of before is home to some of the rarer butterflies, both locally and nationally, there was nothing too spectacular on that front but I did get to witness Hunting Hornets and Spotted Orchids (common) by the hundred!

Crossing the road, that separates the bus stop and Howe Park Wood, around nine am, the temperature was already warm and rising, the sun was casting her golden glow over the array of gently swaying grasses, that butt up to the edges of the wood, and I could see several larger Dragonfly dashing out at great speed from their perches atop the tallest reeds of the slowly evaporating, far, pond.
Kicking my way through the lush, green grass, Burnett Companion moths flew from my footfall, while a few Large Skippers danced away with each other to safer ground. The large dragonflies seen from distance before were a mix of Emperor Dragons, Black-tailed Skimmers and Broad Bodied Chasers, the golden yellow, and bronze females of the latter allowing my approach with camera in hand, the males more wary dashing off to the higher reaches of the nearby Blackthorn.
Occasional tall pink spikes emerged from the grass, Common Spotted Orchids, freshly in bloom, punctuated the meadow, in the edge nearest the footpath just a few but as the field spread out the orchids became more numerous, the shades of color ranging from white to pink, to purple, mingling with long stemmed, golden, Buttercups and the white and purple of clover flowers. Wildflower meadows like this are a rarity these days so it was wonderful to be able to spend time wandering through one so accessible.

Meadow Brown and Common Blue butterfly flittered around the blooming flowers, pausing to feast on the rich nectar, or playing a game of chase with each other as male and female pairs spiraled up out of the vegetation.

Entering the shade of the wood I wandered aimlessly along the well trodden footpaths, marveling at the many more Common Spotted Orchid that seemed to have sprung up in every available patch of grass, hundreds of these stunning pink flowers could be found all through the wood, a spectacle I have not been privy to before. The woods themselves were otherwise quiet, a few very vocal Jackdaw and Magpie, and some proudly singing Robin, and plenty of Speckled Wood butterflies, but little else.

Heading back out of the woods, to follow the surrounding blackthorn hedge as I walked the skies began to darken and fill with clouds, at first just little, fluffy,  white ones but soon thicker layers swept in, the oppressive humidity they brought hung in the air and my t-shirt began to cling to my back as the sweat began to form.

As I continued down one of the main, grassy rides, beside the woods, a huge, angry orange beast dropped out of the high canopy, moving the Cow Parsley blooms with its powerful wing beats a Hornet flew in and began to hunt. Checking each flower for an insect to feast down on, the brilliant orange and yellow Vespa, flew steadily through the patch of Cow Parsley, stopping very occasionally to wipe the pollen from its face.
On finding a likely insect the Hornet would grab the smaller prey in it's ferocious mandibles before swinging its abdomen up and spearing its victim with the lethal venom. Once subdued feasting would commence or the food would be carried away to eat elsewhere or back to the nest. Then once again the patrol would begin. 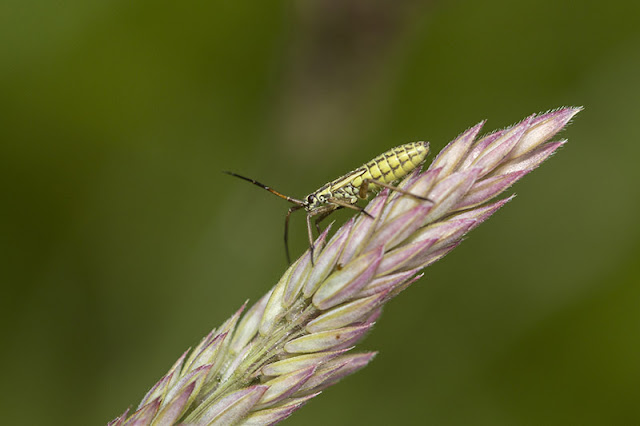 If you enjoyed this post, or found it useful, then please do share it with your friends using the links below

Please feel free to leave me a comment, I really appreciate the interaction and will reply as soon as I can. I apologise for any issues with posting comments, but sometimes Google's blogger platform plays up. ALL comments are moderated for SPAM, so please don't bother if the comment is unrelated to the post it will likely be deleted.