Creating a tote bag is just the first step this week. In yesterday’s post, I explained three of the several presser feet for the Pfaff Quilt Expression 720. These are the feet used with the machine’s built-in decorative stitches. As you’ll see, I added some stitches as I assembled the tote bag panels instead of waiting until the end. I also did several stitch samples to make some hard choices as to which ones to include on the tote bag. But first, let’s cut fabric! 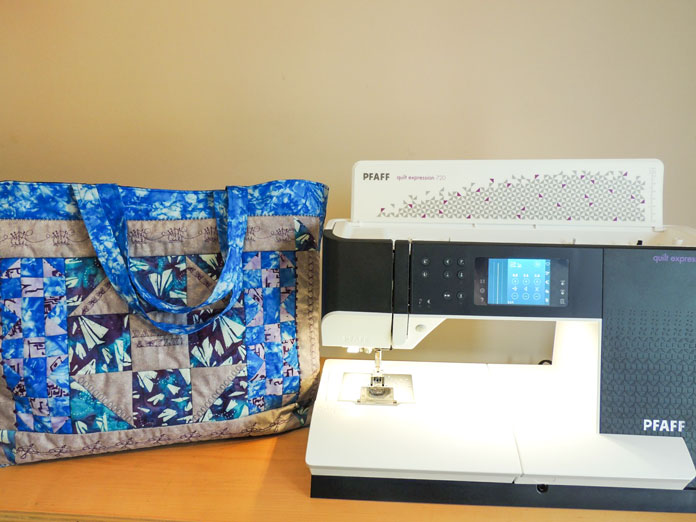 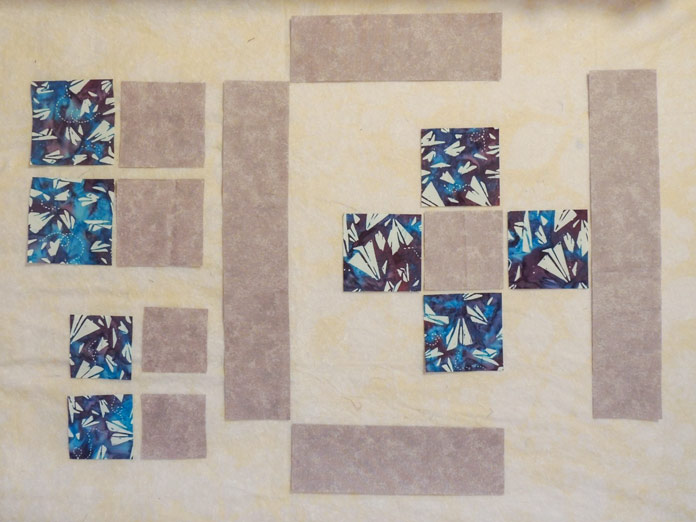 Sew the shoo-fly block into rows:

The shoo-fly block should measure 9½″ square. 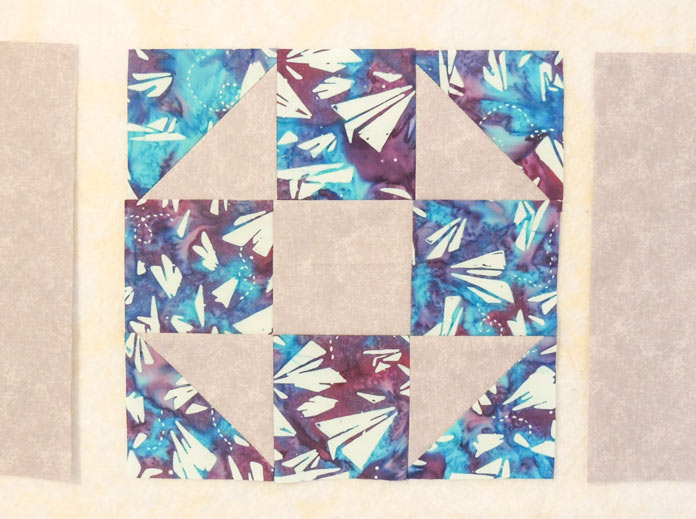 I intentionally used a solid fabric for the shoo-fly block because I wanted to add some stitches to it. But which ones? There’s such a variety that having a theme in mind made it easier. I wanted to include the butterflies but thought it was too small a stitch to put in the long borders. Then I decided to try out the Tapering Program with the butterflies.

The Tapering Program lets you increase or decrease the width of a stitch at either the beginning or end – or both ends – of a stitch. You can make symmetrical or asymmetrical tapers.

For my butterfly stitch, I wanted them to taper symmetrically at both the end and the beginning; to do that I need to select both before I start stitching. 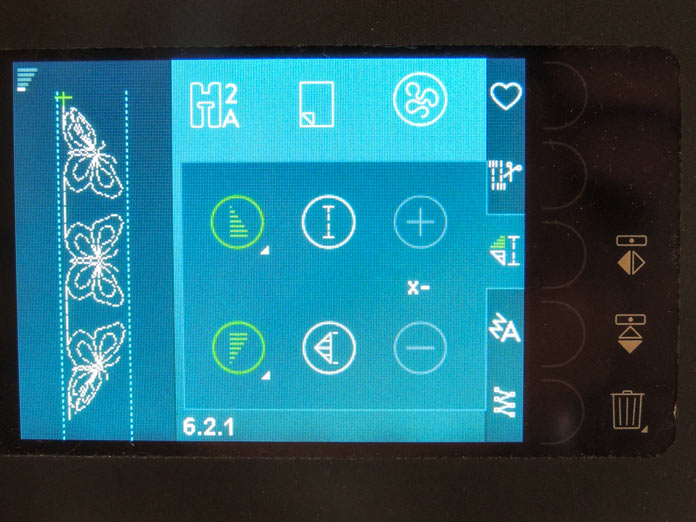 To change the angle of the taper, you long touch the button and a menu full of options fills the Color Touch Screen. The screen will also show you how the stitch will look with your chosen angle. Then you touch ‘OK’ to close the menu and enable stitching. 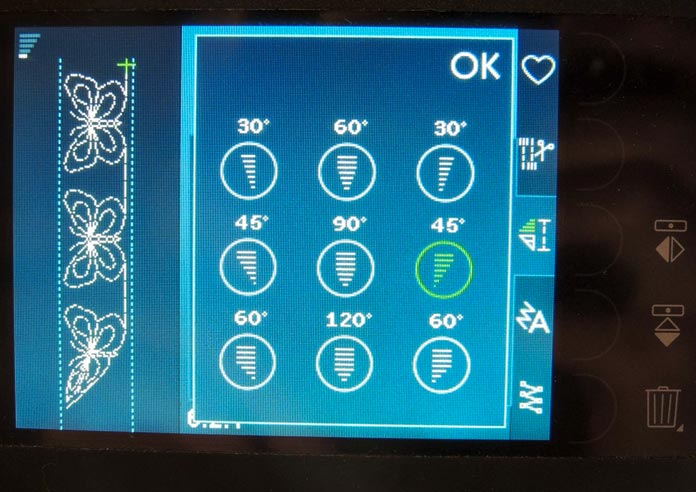 Before stitching out on the fabric, cut and place stabilizer underneath the area to be stitched. Now you can start stitching by pressing the Start/Stop button – remember to decrease the speed of the machine too. When the stitch is almost to the end of the area you want stitched, press the reverse button. Then the Tapering program will stitch out the end taper and stop. You can press the Thread Snips button to have both needle and bobbin thread cut. 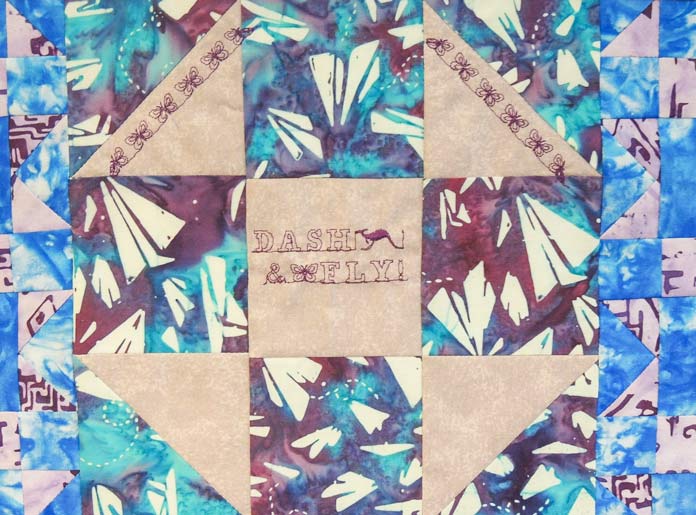 There are several more steps before the front panel is complete. I’m sure you’ll agree that quilt blocks are a perfect surface for stitches! Come back tomorrow to complete the front panel for the quilted tote bag using even more stitches from the PFAFF quilt expression 720 to embellish it.

This is part 2 of 5 in this series.
Go back to part 1: Starting a quilted project on the right (presser) foot!