I have enjoyed creating designs with Rock City fabrics by Banyan Batiks this week that are coming to quilt stores this month. In yesterday’s post, I used some sterling colorway fat quarters to create checkerboard star quilt blocks. Today I’ll make the blocks into a reversible quilted table runner.

To make my runner I joined the blocks side by side and then decided to add a border.
You could also choose to make one more block and set them in pairs to make a 16″ square table topper or a cushion front. 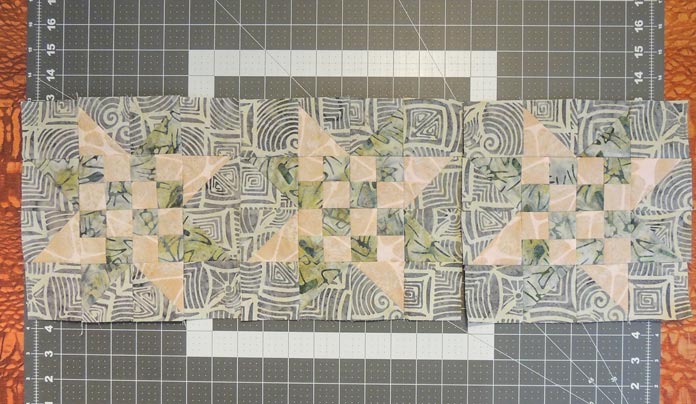 To make the runner you’ll need to make additional units from the remaining amounts of the Rock City batik fat quarters:

Sew the remaining Fabric A and B 1½″ x 21 strips to each other, pressing the seam to the darker fabric.
Subcut strip units into eight 1½″ x 2½″ units 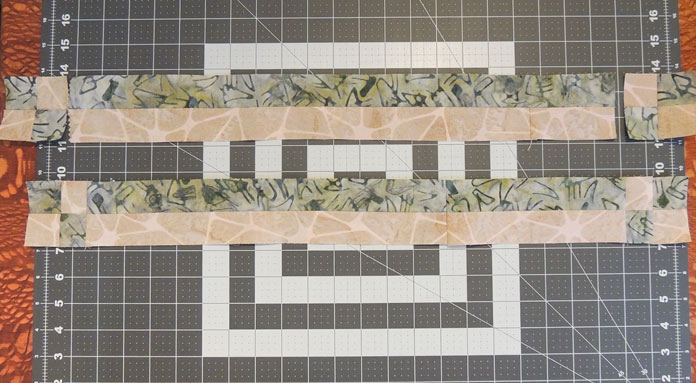 Sew the 21″ long side borders to the top and bottom edges of the three-star unit. Press the seams to the borders. 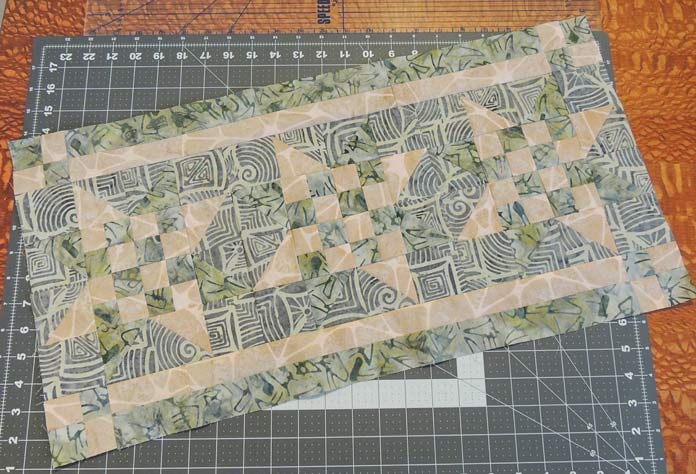 Piece a backing for the runner

Cut from the fat quarters pieces:

Sew together pressing seams open. I sewed them with the Fabric B strip in the center then put one strip of Fabric A on each side with the new fat quarter 80184-91 strips on each end. 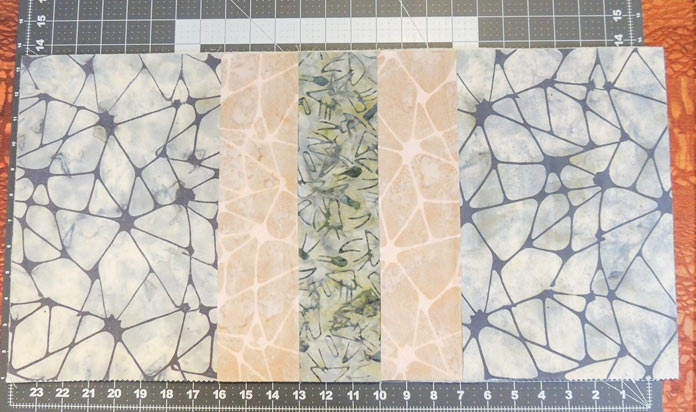 Wide batik pieces for reverse side of runner

Now it’s time to quilt the runner! I used the “envelope method” to quilt my runner; it doesn’t require adding a binding so it’s a very quick finishing method.

Quilt a ¼″ seam around the edge of the runner, backstitching at each side of the turning gap. Check to make sure all three layers are caught in this seam, then clip each corner before turning the runner right side out.

Then topstitch ⅛″ away from the edge all the way around the runner’s edge.

I put safety pins throughout the runner to hold the layers together while quilting. I quilted around the checkerboard centers, around the stars and in the ditch of the border seam between the runner center. Then I also quilted ¼″ around each star and on the outside edge of the Fabric A border strip. I quilted a square on point through each checkerboard star as well. 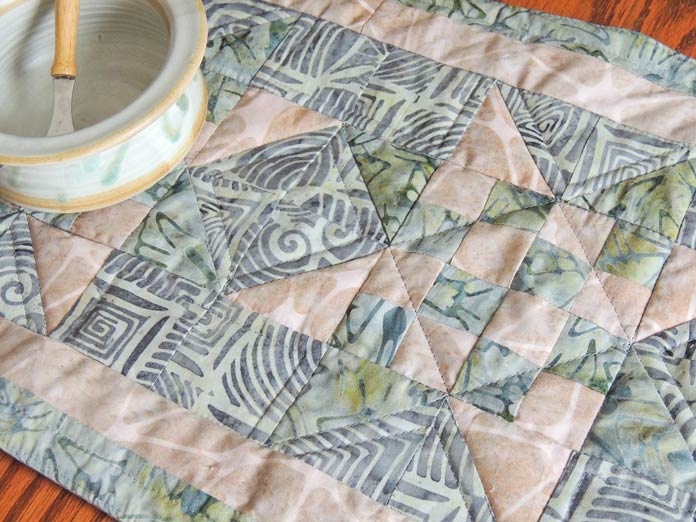 Close up of quilted table runner

The quilted runner is now complete! You can enjoy the Rock City batiks pieced into checkerboard stars or let the batiks shine on their own on the reverse side.

This is part 4 of 5 in this series.
Go back to part 3: Smaller checkerboard stars sparkle as a quilted table runner

Bikepacking - A Brief Introduction an…
Chatfuel Vs BotMyWork Chatbot Builder…
Best Coffee Beans – Everything You Ne…
Comparison of Symmetric Encryption Me…
AppStack: Community of Apps Serving A…