Whether it’s a season for gift giving or not, quilters always seem to have a stash of irresistible fat quarters on hand. The newest line of Banyan Batiks comes out this month, Rock City, and is definitely a line of fabrics you want to use in your creations!

In yesterday’s post I finished making a checkerboard star quilted cushion cover. I created the cushion by making one large pieced checkerboard star block. Today I’ll use the same block, but smaller, to create a quilted table runner. The runner finishes at approximately 12″ wide x 24″ long. 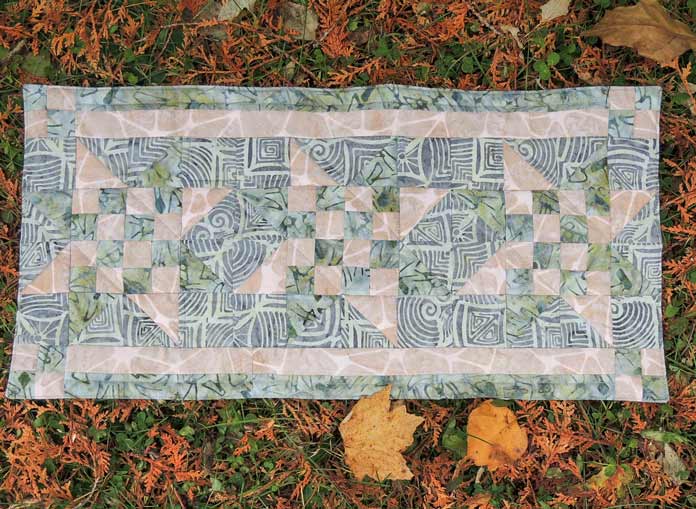 Pick three fat quarters for the front and add one more to complete the reverse side. I chose batiks that have different size motifs but have fairly low contrast between each other. I’m enchanted with the sterling colorway of the Rock City fabrics – it just seems to sparkle! 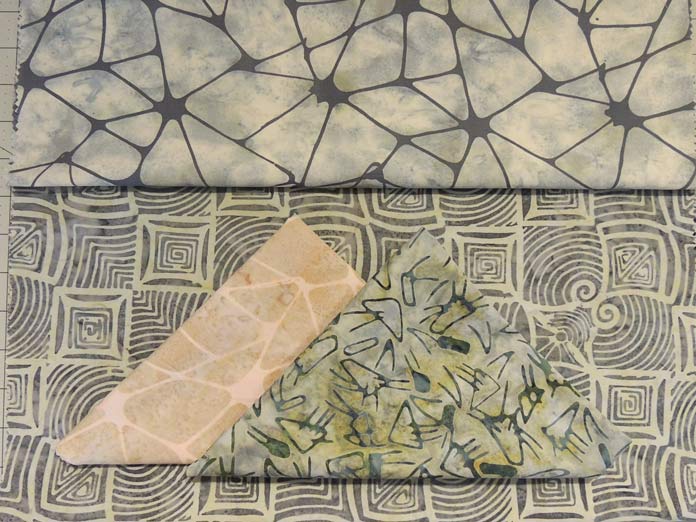 subcut for a total of twelve 3″ squares

from Fabrics A and B 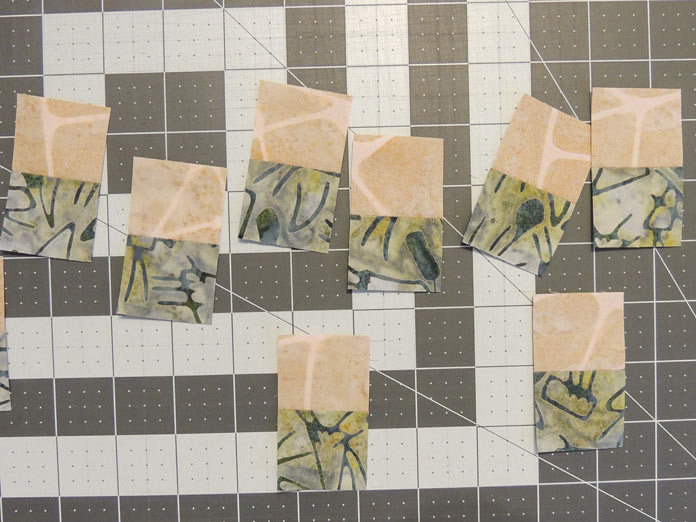 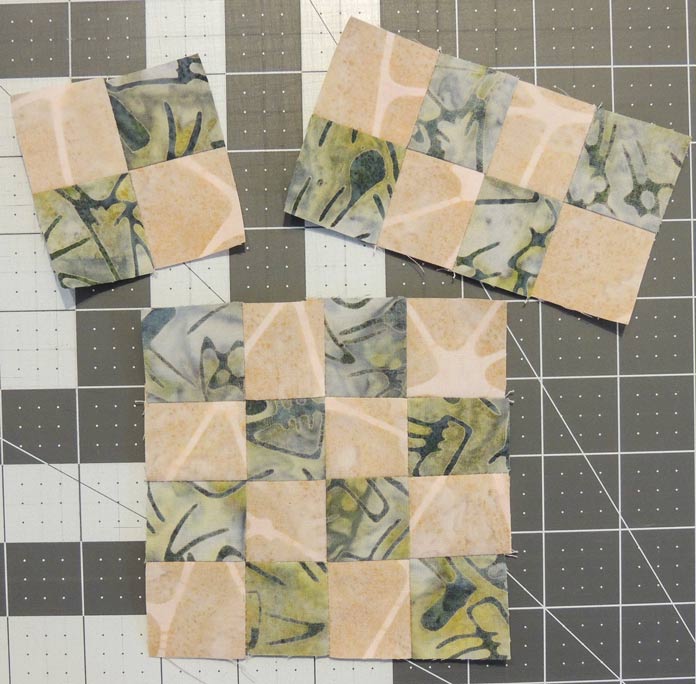 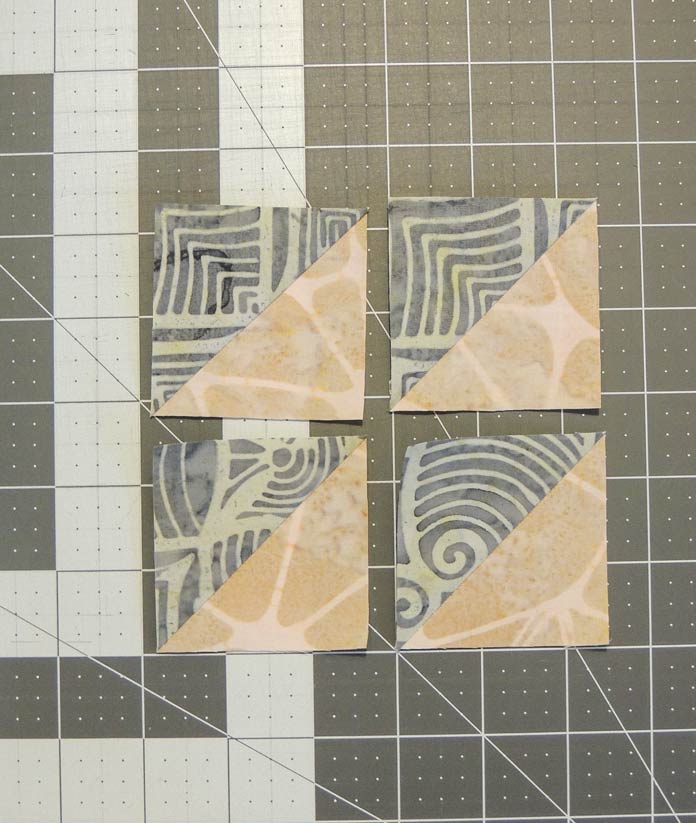 Make 10 hsts with the Fabric B 3″ squares and the remaining five background fabric squares.

Now it’s time to lay out the units required for one checkerboard star block as shown in the photo below. 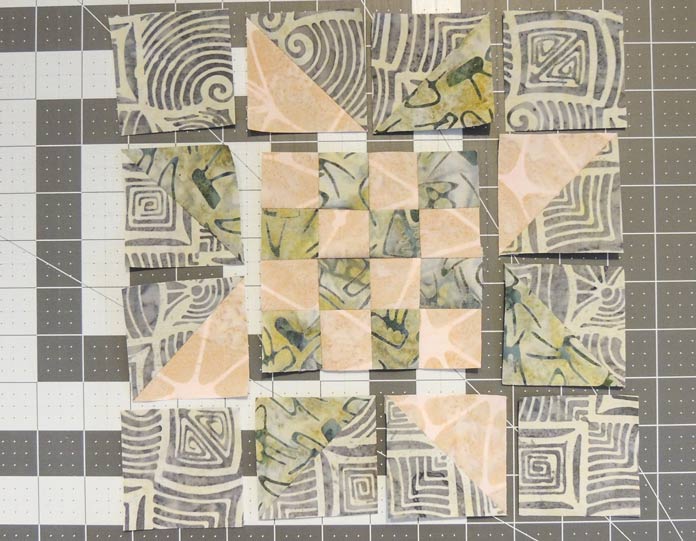 First sew together the four pairs of HSTs for the star points – all four are sewn with the Fabric A HST on the left. You may want to leave pressing this unit until putting the whole block together so that each seam will nest as required. 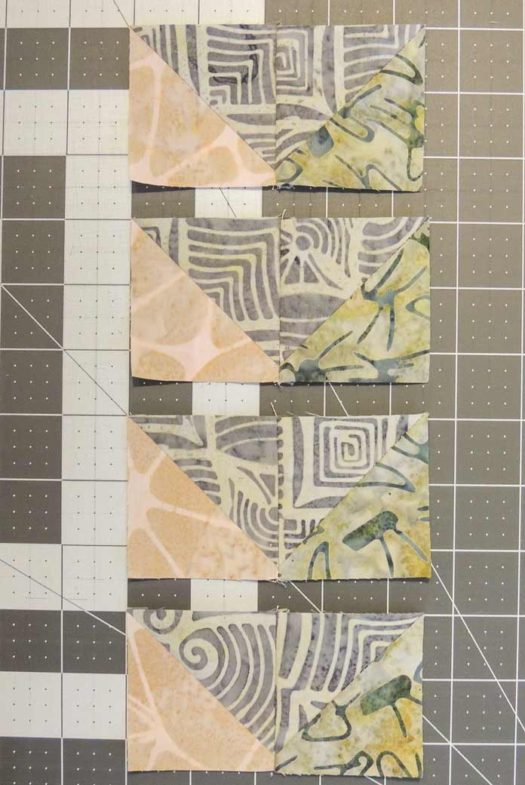 Next sew each row together: 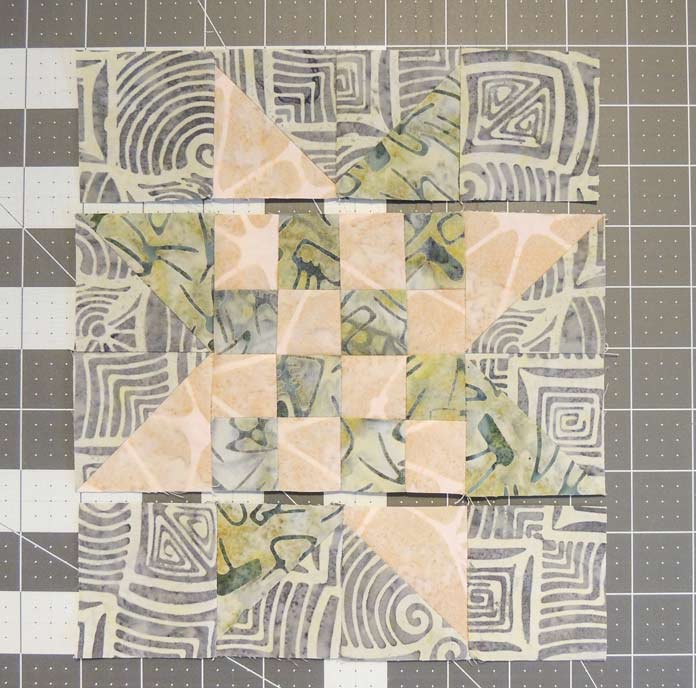 Now sew the rows together to make star block.
The block should measure 8½″ square unfinished. 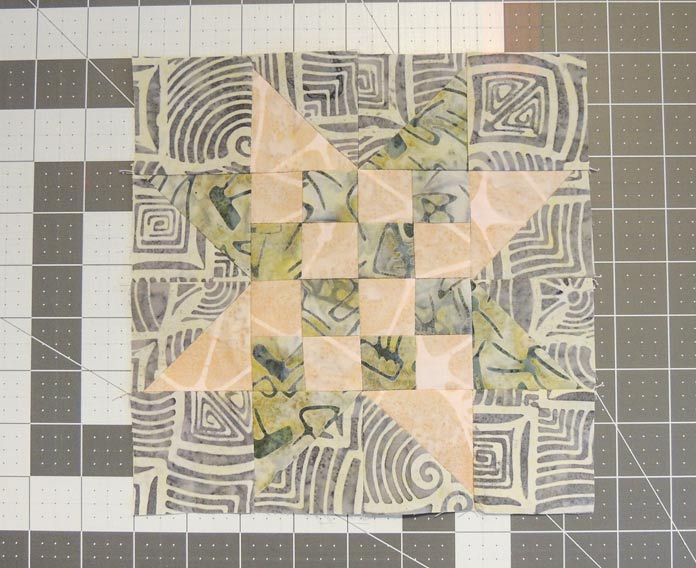 Make 2 more checkerboard star blocks and come back for the next post when I’ll add a border to complete the top of the runner. I’ll add the final Rock City batik to the reverse side and quilt the runner too!

This is part 3 of 5 in this series.
Go back to part 2: Rock City batiks rock the back of the quilted cushion!

Sexy Games for Married Couples
Holiday Cards – A Brief History
Problems with valuations, again.
Bikepacking - A Brief Introduction an…
After Getting Help for Myself, I Can …