Yesterday I showed you how easy it is to change colors in an Embroidery design on THE Dream Machine 2 from Brother. I recolored my quilt block embroidery designs to match the colors of thread in my thread pack.

The next step is to arrange the blocks into an actual quilt design. 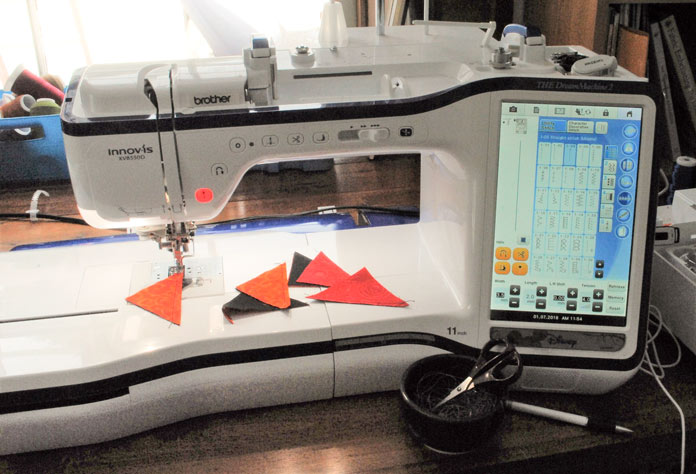 Once I started lining up the quilt block embroideries on the design Screen of THE Dream Machine 2, I realized that it would be a lot easier to make sure they were straight if there were grid lines on the screen. 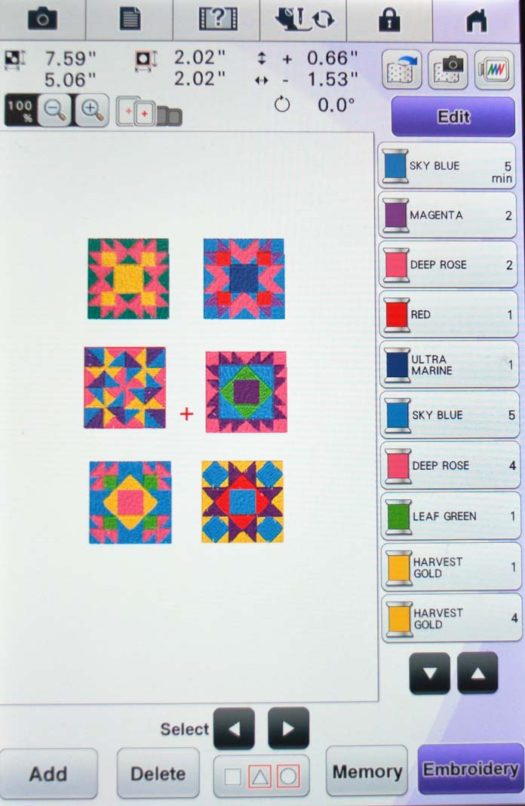 Lining up the blocks

I went to the home screen and then selected the machine setting screen from the top of the display. 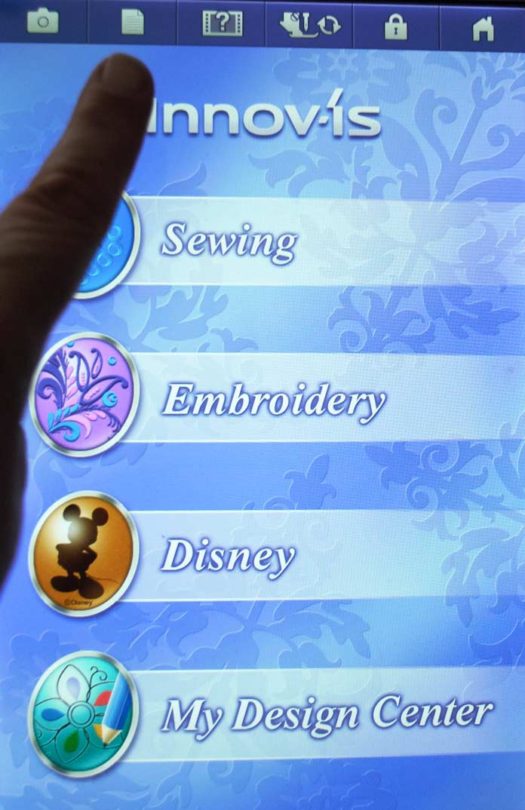 I scrolled through the nine setting screens until I found screen 7. Many of the embroidery settings can be accessed from this screen, but I was most interested in the “Embroidery Frame Display” settings at the top of the screen. 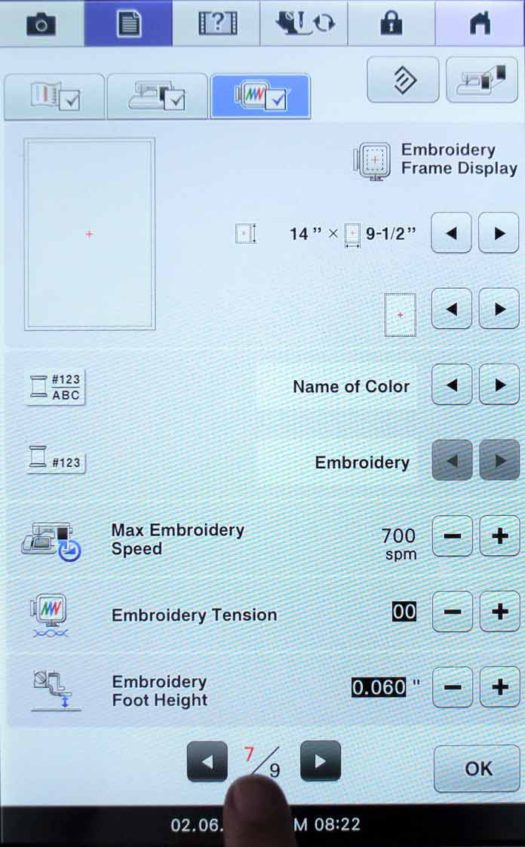 I discovered here, that grid lines can be added to the embroidery frame display by pressing the right and left arrows to scroll through the selections. I chose the ⅜” grid, but there is also a 1″ grid that could be selected. 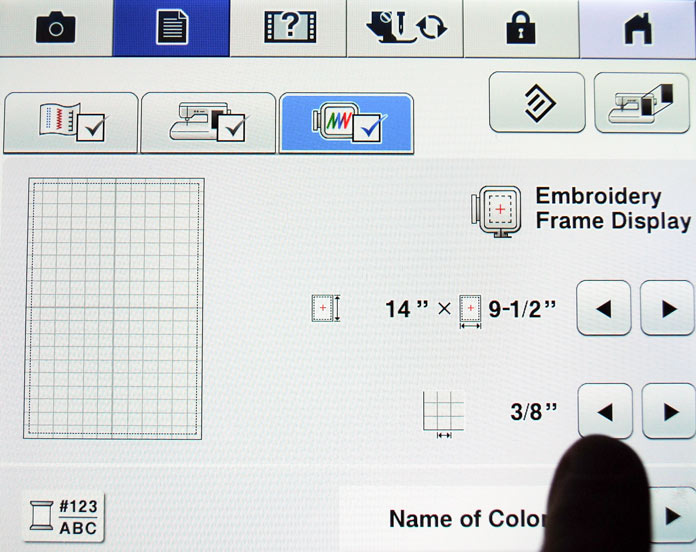 The grid lines on the display can be used to easily line up the quilt block embroidery images and add border designs evenly to all four sides of the quilt design. 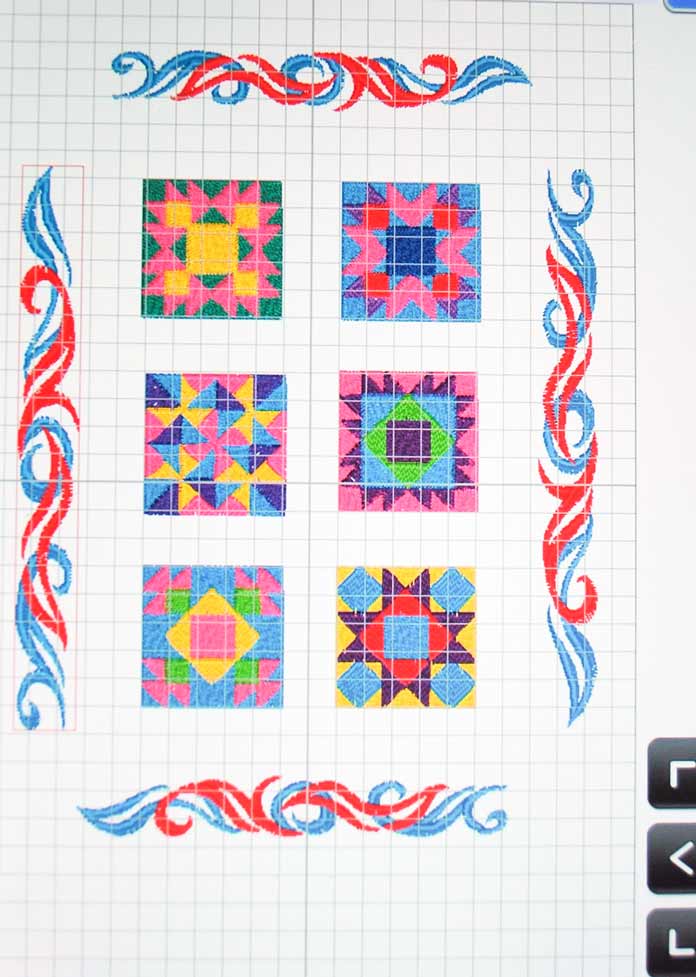 For my design, I wanted 12 cornerstone blocks, so I followed the same procedure as on Monday to design and import a small four patch block into my quilt design. Instead of adding the same embroidery design over and over again from memory, I used the edit screen to make a copy of the selected embroidery design. To do this, you just press the duplicate button on the edit screen as shown. 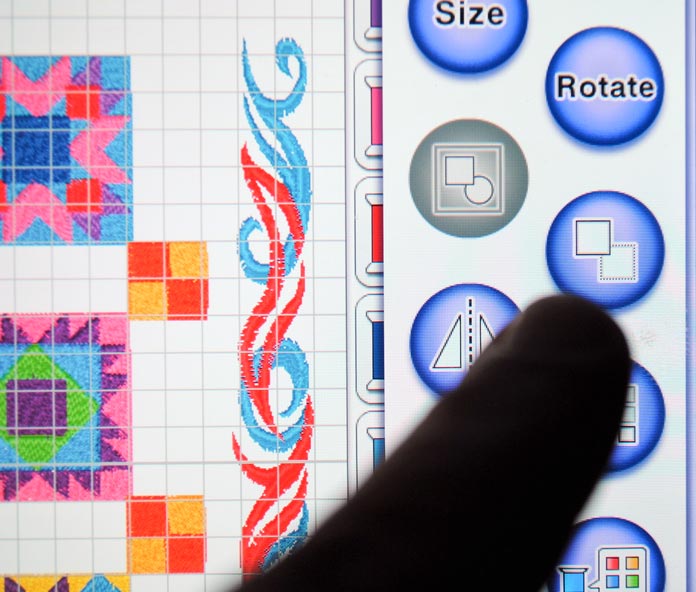 The duplicated block appears on the screen just to the right and slightly lower than the original. To move it to its new position, press on it with your finger or with the sensor pen and drag it to wherever you want it to go.

To make all of the 12 cornerstones, I just kept duplicating this block and moving the new ones to their correct positions. 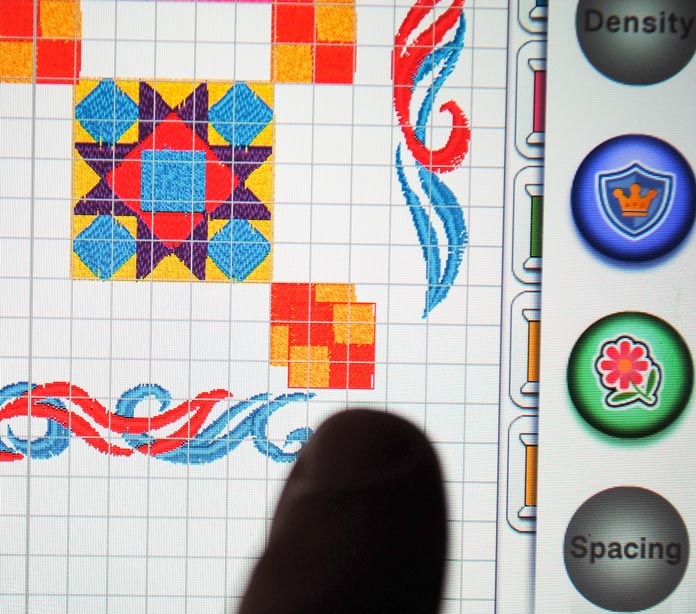 Here’s the final miniature quilt embroidery design that I created on THE Dream Machine 2.

As you can see, I added four outer border cornerstone blocks and decided against the blue and red swirl design that I had originally put in the outer borders. It’s amazing what you can see when the blocks are layout before starting the embroidery. 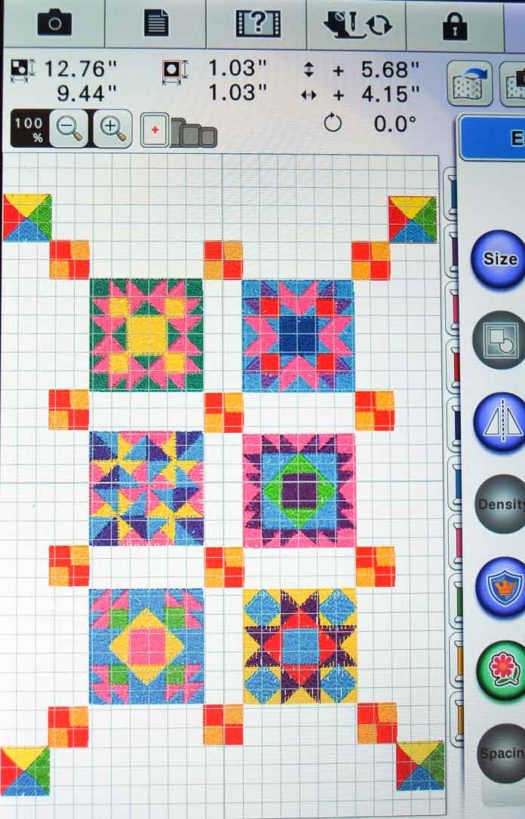 Now that the design is all done, tomorrow I can start stitching!! Can’t wait – see you then!

This is part 3 of 5 in this series.
Go back to part 2: 1 easy way to change thread colors in a machine embroidery design

The post Iron out the kinks on your embroidery design on THE Dream Machine 2 appeared first on QUILTsocial.