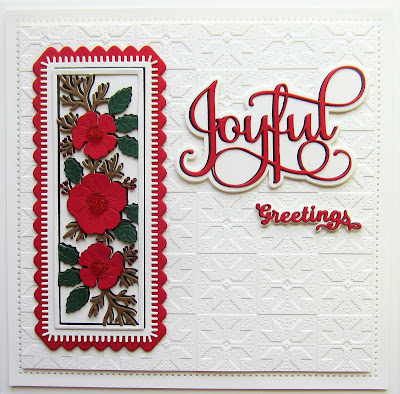 Hello crafters!  I used the Nordic Tiles embossing folder to add a bit of texture to the white background.  Next I cut the Christmas Rose Floral Panel in brown and black.  I shadowed it with the black die cut then cut it two more times, once in green and once in red.  I cut the leaves out of the green version and glued them on to the brown base die cut.  I cut the three flowers out of the red die cut and glued them on to the brown base die cut. I added clear micro beads to the centres.   I added a white backing piece to it then cut the decorative bases.  I cut the outer base in red and then added the smaller base in white on top of it.  I attached the floral panel on top of the base, then attached it to the left side of the card.  I used two sentiments to create the one used on the card.  I cut the Noble Joyful in red and added it to a white base.  I cut the word "greetings" from the Christmas Greetings sentiment then added it to a white shadow base.  I attached it under the Joyful sentiment.  The card was completed with white mats and layers.  The finished dimensions are 8 1/4"  x  8 1/2"  in size.  All for now, Sue x 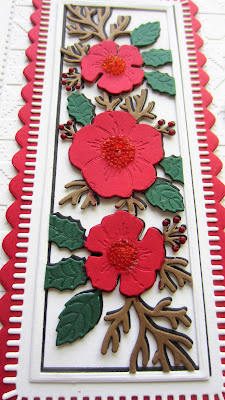 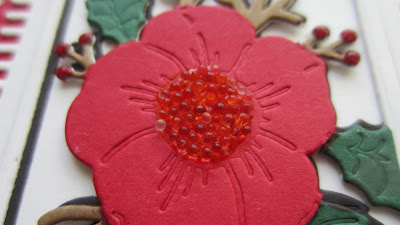 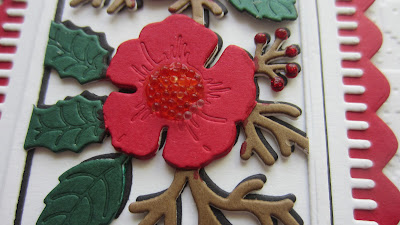 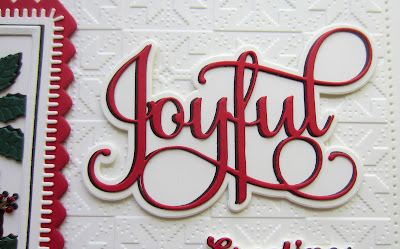 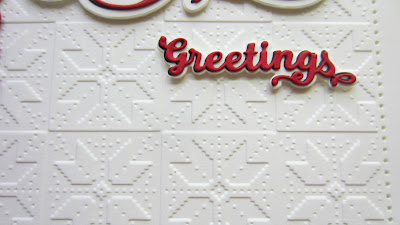 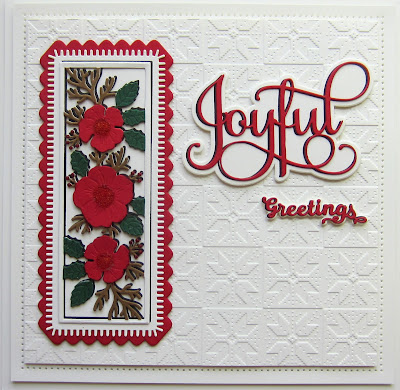