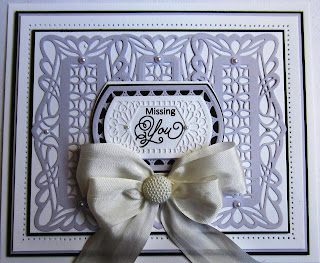 Hi crafters!  I am skipping around a bit, but here is a card that I made using the January release.  I started by cutting three of the Gemma die in wisteria card.  I overlapped them slightly and sort of hooked them together by interlocking the swirls from the longer side of the die (a sort of over and under method if that makes sense).  I glued them to a piece of coconut white card to create a background.  Next I cut the smaller die from the Cape Verde die set in wisteria and backed it with black.  I cut one more of the outlines in white and cut it down the centre to create a white shadow behind the focal element.   I stamped my sentiment in black and cut a frame for it using the Bermuda die set.  I glued it over it and trimmed away the excess and attached it in the centre of the card.   I tied a double bow out of some white silk ribbon ( from my stash) and added it below the sentiment with a pearl button accent.  The card was completed with white, black and wisteria mats and layers.  The finished dimensions are 6 3/4" x  8" in size.

Don't forget to scroll down to the previous blog post to see the list of  April die release winners!  Only about half of them have been claimed so far so there are more winners out there!!  All for now, Sue x 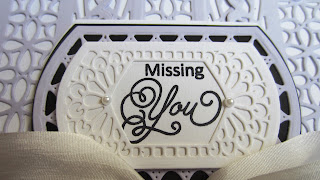 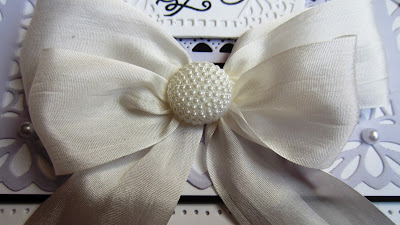 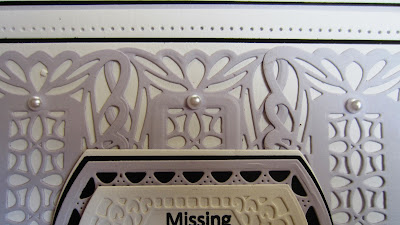 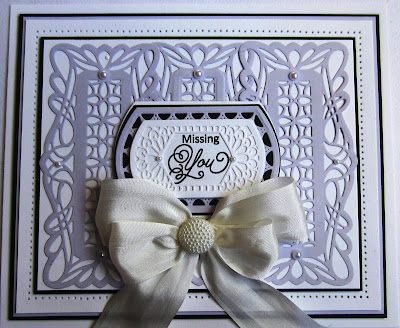 Wuhan Weather Report
You Say Covid-19, I Say Hangar 18!
Life is getting in the way of living
Ultimate Guide to CBD Edibles 2020
An Honest Review of Tripmasters.com