Carnations are the official Flower of mother’s day and after roses are the most popular flower grown in Kenya floriculture.

Carnations in Kenya and throughout the world are available in a wide range of colors; red, white, yellow, orange, and pink.
Carnations are one of the oldest cut flowers in the world, pink is one of the most popular colors for carnations.
Horticulture has been one of the top GDP earners for Kenya contributing 1.45% in 2015. The flower industry in 2015 earned Kenya Shillings 62 billion which equals around 59 million US dollars, exporting 122,825 metric tons.

Where is Kenya's flower power?

Kenya lies on both sides of the equator on the eastern coast of Africa.

Kenya's inland water bodies cover some 4,200 miles, the bulk of this in Lake Victoria and Lake Turkana. The country's flower power is attributed to its sunny climate, which enables high-quality blossoms to be grown year-round without the need for expensive-to-run greenhouses. Rainfall peaks in most areas are in November and April.
Kenya is the third largest exporter of cut flowers in the world, accounting for around 35% of all sales in the European Union. The main production areas for Kenya’s floriculture are around Lake Naivasha, Mt. Kenya, Nairobi, Thika, Kiambu, Athi River, Kitale, Nakuru, Kericho, Nyandarua, Trans Nzoia, Uasin Gichu and Eastern Kenya. 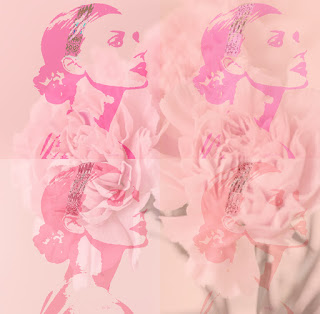 Kenya has tremendous natural diversity, including glaciated mountains with snow-capped peaks, the Rift Valley with its scarps and volcanoes, ancient granitic hills, flat desert landscapes and coral reefs and islets.
Usually, the climate is warm and humid at the coast, cool and humid in the central highlands, and hot and dry in the north and east. Across most of the country, rainfall is strongly seasonal, although its pattern, timing and extent vary greatly from place to place and from year to year.
The major flower varieties grown and exported from Kenya are roses, carnations and tuberoses. Around 50% of exported flowers are sold through the Dutch Auctions. The main markets for cut flowers from Kenya is the European Union in particular Germany, Netherlands, United Kingdom, Sweden, Italy, Switzerland and France. Other growing destinations include Japan, Russia and USA.
Did you know?
Pink carnations are a symbolic meaning for a mother's love, this is why pink carnations are considered an essential mother's-day flowers.