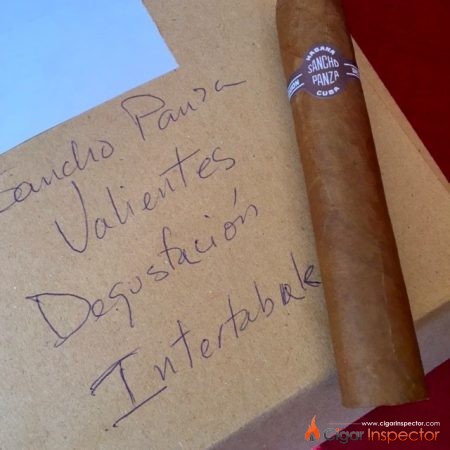 Sancho Panza appeared on a cigar in 1848. The brand takes it name from the novel of Miguel Cervantes: Don Quixote.

The marca develops intense medium strength cigars with a high ageing potential. If you have the chance to enjoy a Sancho Panza Sancho from the late 90s they are pure pleasure and they are still around on the market.

I was invited by Intertabak, the Swiss distributor for Habanos S.A., when in Cuba to pre taste the new Swiss Regional edition.

Since 2005, Habanos S.A. decided to develop a new marketing concept called the Regional Edition Series. Each market exclusive distributor has the right to work closely with Habanos to develop a cigar exclusively for their region market. This cigar must be coming from a local or multi-local brand (the 10 Major brands are therefore excluded from the concept such as Cohiba, Montecristo, Trinidad etc...) and its vitola must be a current production one but not used within the brand range. In this case the Montesco format is a very trendy format used for the Romeo Y Julieta Wide Churchill but not part of the official Sancho Panza selection. Nowadays, Habanos has set the minimum cigar order for this concept at 60 000 sticks (6000 numbered boxes of 10 cigars).

Appearance : 5 out of 5 stars
Every regional edition series cigars wear a double red and grey band indicating the market for which it has been produced. However this tasting of the Sancho Panza Valientes is part of the samples and do not have its final dress.
The wrapper leave is impeccable, soft as silk. Great feeling throughout the cigar. One more beautiful colorado claro which is to me the most elegant colour for wrapper.
Very little veins disturbing the visual.

Construction : 5 out of 5 stars
Just the way a cigar should be rolled. Packed of tobacco all the way with a nice smooth draw. Not too easy to draw like many under-filed cigars, just the right resistance. The burn was completely even all the way with a solid grey ash that could make people smoking long ashes very happy.

Flavor : 4 out of 5 stars
As previously mentioned the Sancho Panza Valientes is a freshly rolled cigar straight out of the factory.
The first third was very surprising. Round and smooth texture on the palate with a nice fresh feeling reminding of liquorice and mint. It starts off light to medium strength without any aggressive notes. The liquorice notes give a touch of sweetness on the lips. The acidity level of this "freshly rolled" Sancho Panza is surprisingly low. The flavours are rather short on the palate but the texture is so round that it makes the cigar very easy to enjoy. 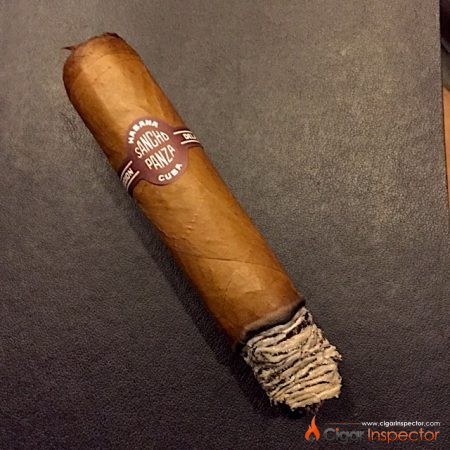 The middle of the second part of cigar sees an increase of sweetness with sugar cane notes reminding of the caramel crust on top of a creme brûlée (and I am not a pastry chef). The cigar increases as well in intensity and is more medium to full than medium as it should be.
Some vegetal and aromatic notes combined with a slight saltiness makes the Valientes very interesting.

Towards the end the strength goes a bit down and the fluctuation of strength is probably due to the fact that the blend isn't fixed yet and each leaves still needs some times to blend between each other and not 'clash' with each other. The final flavour feeling is very woody with a long finish on the palate.

Value : 3 out of 5 stars
We are expecting the Sancho Panza Valientes to cost CHF25- in Switzerland. It may look like a high price for a cigar of less than an hour, especially when its brother the Romeo Y Julieta Wide Churchill cost 16CHF-, and compared to previous year's Swiss releases. However if the rest of the production is as promising as the few I have smoked we are all expecting another massive success from the Swiss distributor!

Overall Rating : 4 out of 5 stars
What a great surprise! I am not a big fan of current production Sancho Panza and the only ones I smoke are the vintage gran coronas. I cannot wait to get myself few boxes to put on the side as I strongly believe this will be a big boy (and girls of course) toy! Wait and see...