30 of most popular creativity - quotes about innovation :

The Importance of quotes in our everyday life will not only be created by cell phone message ; personalletters ; radio greetings , it also created by the inspiration and creativity quotes about innovation . 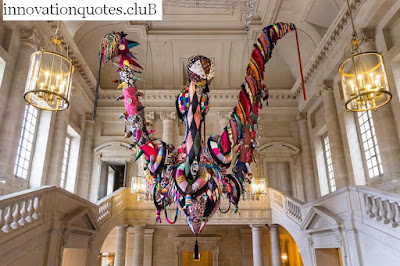 The quotes about innovation will help us to increase our beliefs ; and makes us to look after those feelings . Almost every people uses the quotes to express their feelings whether it may be a youngsters or an old person, and it will increase the positive think to the humans .

In this article read the most popular creativity quotes about innovation saying by famous Authors and personnalities  :
“There is no doubt that creativity is the most important human resource of all. Without creativity, there would be no progress, and we would be forever repeating the same patterns.”      — Edward de Bono
“There is only one of you in all time, this expression is unique. And if you block it, it will never exist through any other medium and it will belost.”   — Martha Graham

“Creativity is thinking up new things. Innovation is doing new things.”            — Theodore Levitt
“It is better to have enough ideas for some of  them to be wrong, than to be always right by having no ideas at all.”                        — Edward de Bono
“A painter told me that nobody could draw a tree without in some sort becoming a tree; or draw a child by studying the outlines of its form merely. . . but by watching for a time his motions and plays, the painter enters into his nature and can then draw him at every attitude . ..”— Ralph Waldo Emerson
“The key question isn’t “What fosters creativity?” But it is why in God’s name isn’t everyone creative? Where was the human potential lost? How was it crippled? I think therefore a good question might be not why do people create? But why do people not create or innovate?
We have got to abandon that sense of amazement in t
he face of creativity, as if it were a miracle
if anybody created anything.”             — Abraham Maslow
“Creative power, is that receptive attitude of expectancy which makes a mold into which the plastic and as yet undifferentiated substance can flow and take the desired form.”       — Thomas Troward
“Creativity can solve almost any problem. The creative act, the defeat of habit by originality, overcomes everything. "
— George Lois
“A harmless hilarity and a buoyant cheerfulness are not infrequent concomitants of genius; and we are never more deceived than when we mistake gravity for greatness, solemnity for science, and pomposity for erudition.”
— Charles Caleb Colton

"All new ideas begin in a non-conforming mind that questions some tenet of the conventional wisdom."
-- H. G. Rickover

"The ability to innovate is only as good as how one can accept changes and take risks."         -- Franco Paolo Liu Eisma

"The practice of R&D involves making mistakes, realizations, corrections, and more mistakes. Trial and error is a fundamental part of the process. Too many managers in corporate America learn to avoid invention and new thinking because they have been convinced that their careers depend upon not making mistakes."           -- Tom Huff

"Managing and innovation did not always fit comfortably together. That's not surprising. Managers are people who like order. They like forecasts to come out as planned. In fact, managers are often judged on how much order they produce. Innovation, on the other hand, is often a disorderly process. Many times, perhaps most times, innovation does not turn out as planned. As a result, there is tension between managers and innovation."
-- Lewis Lehro, about the first years at 3M

"The greatest danger for most of us is not that our aim is too high and we miss it, but that it is too low and we reach it."
-- Michelangelo

” Conditions for creativity are to be puzzled; to concentrate; to accept conflict and tension; to be born everyday; to feel a sense of self.”       — Erich Fromm

” Creativity is the quality that you bring to the activity that you are doing. It is an attitude, an inner approach – how you look at things . . . Whats oever you do, if you do it joyfully, if you do it lovingly, if your act of doing is not purely economical, then it is creative.”          –  Osho

“You become more divine as you become more creative. All the religions of the world have said God is the creator. I don’t know whether he is the creator or not, but one thing I know: the more creative you become, the more godly you become. When your creativity comes to a climax, when your whole life becomes creative, you live in God. So he must be the creator because people who have been creative have been closest to
him. Love what you do. Be meditative while you are doing it – whatsoever it is!”        — Osho

“It seems to be one of the paradoxes of creativity that in order to think originally, we must familiarize ourselves with the ideas of others.”           — George Kneller
“The highest prize we can receive for creative work is the joy of being creative. Creative effort spent for any other reason than the joy of being in that light filled space, love, god,
whatever we want to call it, is lacking in integrity... "
– Marianne Williamson 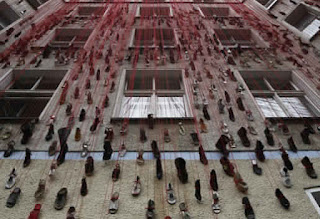 “The world is but a canvas to the imagination.”
— Henry David Thoreau
“Everyone who’s ever taken a shower has had an  idea. It’s the person who gets out of the  shower, dries off and does something about it who makes difference.”              — Nolan Bushnell
“All great deeds and all great thoughts have a ridiculous beginning.”             — Albert Camus

“Every artist dips his brush in his own soul, and paints his own nature into his pictures.”                               — Henry Ward Beecher
“Nothing is done. Everything in the world remains to be done or done over. The greatest picture is not yet painted, the greatest play isn’t written, the greatest poem is unsung. There isn’t in all the world a perfect railroad, nor a good government, nor a sound law. Physics, mathematics, and especially the most advanced and exact of the sciences are being fundamentally revised. . . Psychology, economics, and sociology are awaiting a Darwin, whose work in turn is awaiting an Einstein.”
— Lincoln Steffens

“The creative person wants to be a know-it-all. He wants to know about all kinds of things-ancient history, nineteenth century mathematics, current manufacturing techniques, hog futures. Because he never knows when these ideas might come together to form a new idea. It may happen six minutes later, or six months, or six years. But he has faith that it will happen.”                — Carl Ally
“One of my early mentors, poet David Wagoner, who divides
the creative process into three phases – madman, poet and critic – once told me that you need to find your own magic to stay in the world of creative play.”       — Sonia Gernes
Are you like this article about : 30 of most popular - quotes about innovation ???
Don-t forget to bookmarking it , and sharing it with your freinds on Facebook Google+ Twitter

30 of most popular creativity - quotes about innovation :