The Search for Our Own Alien Life 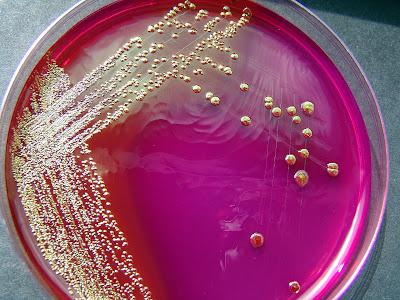 Everybody has an opinion about the possibility of alien life. In the movies, contact commonly starts with a violent encounter. Sometimes, the story includes alien life emerging from a spaceship, speaking precise English in a synthetic voice, and saying something like, “Take me to your leader.” In Hollywood's terms, alien life even generally looks vaguely like us: a humanoid shape, two expressive eyes, and capacities that exceed human know-how. Sometimes, just for the sake of commercial variety, a gruesome lizard with its own technological talents is substituted.

Of course, it's not just Hollywood that cares. Great scientists have thought about this issue, too, typically placing it in different terms. Stephen Hawking, the renowned physicist, put it this way, “To my mathematical brain, the numbers alone make thinking about aliens perfectly rational. The real challenge is to work out what aliens might actually be like.”

In fact, as a society, we spend lots of money on alien life and not just on movie theater tickets. SETI, or the Search for Extraterrestrial Intelligence, is a well-funded world-wid  platform using  radio telescopes and other technologies to search the cosmos explicitly for that purpose. Yet, few are aware that alien life as strange as any extraterrestrial that we might eventually encounter lives right at home with us,  and quite actually in us and on us. This alien life is intelligent, reacts to stimuli, and communicates abundantly. It is invisible to our eyes and unintelligible to our normal sensibilities but is, nonetheless, our intimate partner. In fact, our own survival is absolutely dependent on it. Yet despite this deep reciprocal relationship, we have no current means of communicating with it. This hidden alien presence is the trillions of microbes that are our crucial planetary companions, collaborators, competitors, and also essential parts of our bodies.

Based on our understanding that microbial communication is pervasive and highly sophisticated, a colleague and I made a radical proposal in a recent article in the International Journal of Astrobiology: Let's devote resources to attempting to devise a means of communication with our ubiquitous microbial companions as one directed effort towards learning how to  communicate with extraterrestrial life.

To date, our search for extraterrestrial life has been partially based on an assessment of probabilities formulated in 1961 by Frank Drake, a prominent astronomer.  His Drake Equation is a systematic approach to the entire range of factors that scientists consider when attempting to communicate with a technologically adept extraterrestrial civilization. It incorporates estimates of the number of stars and planets, the probability of intelligent life, and the likelihood of the development of technology that could reveal their existence. Of all these many factors, it is generally acknowledged that the single most important variable is the length of time any intelligent life has released detectable signals into space.

On our planet, there is a life form that deeply satisfies this length requirement of the Drake equation in its own unique manner and has done so for over 3.5 billion years. This is the omnipresent microbial realm. While it is true that this life does not use the type of technological communication that we humans have attained or are currently seeking in our present search, the earth is a cellular realm and microbes dominate it. Microbes use their own capacities to endure and flourish in all environments. Further yet, through their collective action, they even substantially change planetary environments. And they also use their substantial communication skills to partner with us.  According to their scale, they use their own form of technology and tools - biologic substrates and all the varied physical phenomena and energy sources on our planet. If their languages are still indecipherable to us, these might be made accessible if we only made the specific attempt.  Yet, what antennae or radio wave has been directed towards them instead of the cosmos?

There is a further imperative for trying to learn to communicate with this vital fraction.  The science of metagenomics utilizes new genetic techniques to better uncover a full extent of the microbial realm. We have now learned that our prior assessment of that expanse has been critically underestimated. It turns out that the vaunted clean rooms of NASA were not very tidy. In fact, unintended microbial life was inside and on the spaceships that we sent into outer space. Surprising too, we have found that these previously hidden microbes not only made it out into space but survived space conditions and even reentry to earth. The consequences are profound. Inadvertently, we have been seeding space with earthly microbial life. As such, we become an agency of panspermia, one of the theories of the origin of life. That theory supposes that life began on earth after having been seeded here from elsewhere. In our turn, and without any deep consideration, we are now performing that function ourselves by sending life outward. Should we be doing so without a better understanding of it?

How then might we best search for alien life? Surely we can continue to look outward, but our greater effort should be right here at home. When we properly understand our own alien companions, upon whom we actually depend and who communicate with us as living beings in their own fashion, then we will be better equipped to search for life outside our planet. The benefits would be substantial. What wonders about our true nature would be revealed?  Even if we fail to devise a means of direct communication, what valuable secrets might we divine about their inner life and purposes that impact our understanding of their deep interrelationships with our metabolism and immune systems?  What health benefits would accrue? And through that inner search, might we not promote our own imaginations about the truer circumstances of alien intelligence? As the astronomer and physicist, Sir Arthur Eddington, famously opined, “ Not only is the universe stranger than we imagine, it is stranger than we can imagine.”

Dr. Bill Miller has been a physician in academic and private practice for over 30 years. He is the author of The Microcosm Within: Evolution and Extinction in the Hologenome. He currently serves as a scientific advisor to OmniBiome Therapeutics, a pioneering company in discovering and developing solutions to problems in human fertility and health through management of the human microbiome. For more information, www.themicrocosmwithin.com

The Search for Our Own Alien Life