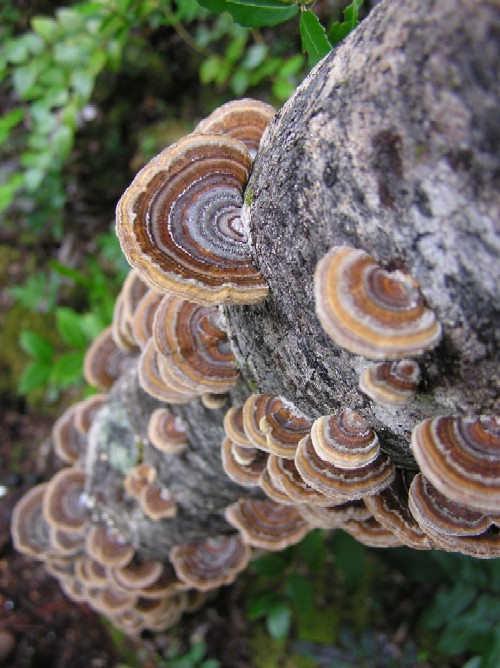 So far, little research has been conducted on Fungi that live on dead trees, although they are vital to the forest ecology by breaking down dead wood and completing the element cycle between plants and soil. Soil biologists have now discovered that the number of fungus Species inhabiting dead trees is 12 times higher than previously thought. Once trees die they are also colonized by different fungal communities depending on their species.
The study took the UFZ researchers to three areas of temperate forests in the Schorfheide-Chorin Biosphere Reserve, the Hainich National Park and the Schwa?bische Alb Biosphere Reserve, where they laid out around 300 dead tree trunks of eleven different species, each up to four metres long. The trees included seven deciduous species such as beech, oak, poplar and ash and four coniferous species: spruce, Scots pine, Douglas fir and larch. Three years later they returned to see what kind of fungal communities had established themselves in the trunks. The results were astonishing: "The diversity of fungi living in the trees was an order of magnitude greater than previously thought," says Dr Witoon Purahong, a soil ecologist based at UFZ in Halle and the first author of the study.
The researchers identified between 22 and 42 operational taxonomic units (OTUs) per trunk. OTU is a scientific term used by molecular biologists to describe organisms that can be equated with individual species due to their DNA but do not already have a species name of their own. All in all, the UFZ team identified 1,254 OTUs in the dead trunks. In a previous study, researchers found just 97 fungal species living on the same logs -- about 12 times fewer than the UFZ scientists have now discovered. Dead conifers generally had greater species diversity of fungi than most deciduous trees. The greatest diversity occurred on Douglas fir, larch and oak and the smallest amount of diversity on beech and hornbeam.
See:
Witoon Purahong, Tesfaye Wubet, Dirk Krüger, François Buscot. Molecular evidence strongly supports deadwood-inhabiting fungi exhibiting unexpected tree species preferences in temperate forests. The ISME Journal, 2017; 12 (1): 289 DOI: 10.1038/ismej.2017.177