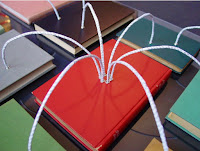 We know now that a text is not a line of words releasing a single “theological meaning” (the “message” of the Author-God) but a multidimensional space in which a variety of writings, none of them original, blend and clash. The text is a tissue of quotations drawn from the innumerable centres of culture. […] [The writer’s] only power is to mix writings, to counter the ones with the others, in such a way as never to rest on any one of them. Did he wish to express himself, he ought at least to know that the inner “thing” he thinks to “translate” is itself a ready-formed dictionary, its words only explainable through other words, and so on indefinitely.

An Honest Review of Tripmasters.com
How To Find Your Purpose And Passion …
BuzzFeed Editor, Lara Parker, Uses Ca…
Ethereum Revives- Good Chances to Tou…
Content is King and a Multilingual Bl…

To give a text an Author is to impose a limit on that text, to furnish it with a final signified, to close the writing.

“The Death of the Author” - Roland Barthes

Kristeva coined the word ‘Intertextuality’ in an article which aimed at introducing the work of Mikhail Bakhtin in France. For this reason, intertextuality was first used with reference to what Bakhtin calls the dialogic aspect of language, which “foregrounds class, ideological and other conflicts, divisions and hierarchies within society.” Bakhtin lays the emphasis on the otherness of language, on its internal stratification, on what he calls polyphony, or heteroglossia – the coexistence and interplay of several types of discourse reflecting the social or class dialects and the different generations and age groups of society. For Bakhtin “the life of the word is contained in its transfer from one mouth to another, from one context to another context, from one social collective to another.”