'Bronson arranged his characters for the eye, his story for the judgment, and his speeches for the ear!'

Bronson Howard comes next in line in our deliberations on realism in American drama.

Well, Bronson Howard has a string of firsts to his credit, that merits a firsty-fiesty highlight right at the start to this Bronson-post!

Howard – Bronson Howard – happens to be the first playwright ever to typecast the wealthy American businessman in his plays.

Howard – Bronson Howard – also takes credit for being the first American playwright to theorise on the playwriting process. This apart, he is also the first playwright to have his themes, his settings and his characters that were uniquely American in every way!

Howard’s melodrama in the backdrop of the Civil War titled, Shenandoah, happens to be his most famous play. And much akin to Herne and Howells, Howard also has his manifesto so beautifully spelled out! 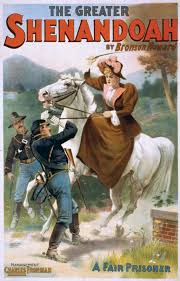 Titled, The Autobiography of a Play, this manifesto was originally delivered as a lecture, by Howard at Harvard! [to the Shakespeare Club of Harvard University!]

Augustus Thomas has written an enlightening introduction to this, Howard’s ‘Autobiography of a Play’!

Me thought of giving some little gleanings from off Augustus Thomas’s Introduction, which gives us all a lovely glimpse into Howard – Bronson Howard – the man, the playwright, his style and his sway over us all down the ages! 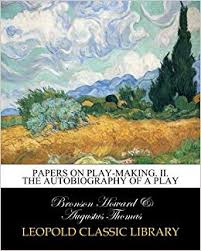 Here goes Augustus on his Introduction –

The qualities that made Bronson Howard a dramatist, and then made him the first American dramatist of his day, were his human sympathy, his perception, his sense of proportion, and his construction.

It was his human sympathy, his wish and his ability to put himself in the other man's place, that made play-writing definitely attractive to him.

Then, too, while Bronson Howard arranged his characters for the eye and built his story for the judgment, he wrote his speeches for the ear. This attention to the cadence of a line was so essential to him that when writing as he sometimes did for a magazine he studied the sound of his phrase as if the print were to be read aloud. 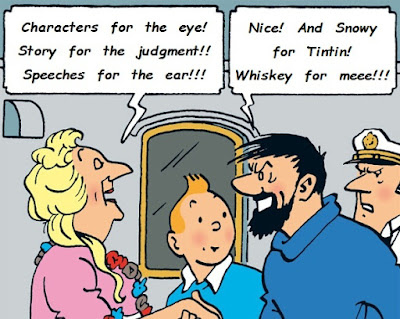 He saw causes, tendencies, results. His plays are expositions of this chemistry. ‘Shenandoah’ dealt broadly with the forces and feelings behind the Civil War; the ‘Henrietta’ with the American passion for speculation—the money-madness that was dividing families.

He has a human story in every instance. There is always dramatic conflict between interesting characters, of course, but behind them is always the background of some considerable social tendency - some comprehensive generalization - that includes and explains them all. The commander from his eminence saw all the combatants: he knew what the fight was about, and it always was about something worthwhile. Bronson Howard never dramatized piffle.

That was Augustus Thomas on Bronson Howard!

Now let’s get them straight from the horse’s mouth.

Yes! Bronson Howard has such an engaging style. Giving y’all just snippets that I loved reading through!

As read before the Shakespeare Club of Harvard University.

I have not come to Newcastle with a load of coals; and I shall not try to tell the faculty and students of Harvard University anything about the Greek drama or the classical unities.

I will remind you of only one thing in that direction; and say even this merely because it has a direct bearing upon some of the practical questions connected with play-writing which I purpose to discuss.

Aeschylus, Sophocles, and Euripides - perhaps we should give the entire credit, as some authorities do, to Aeschylus - taught the future world the art of writing a play. But they did not create the laws of dramatic construction.

Those laws exist in the passions and sympathies of the human race. They existed thousands of years before the Father of the Drama was born: waiting, like the other laws of nature, to be discovered and utilized by man.

And let me say here, to the students of Harvard - I do not presume to address words of advice to the faculty - it is to you and to others who enjoy the high privileges of liberal education that the American stage ought to look for honest and good dramatic work in the future.

Let me say to you, then: Submit yourselves truly and unconditionally to the laws of dramatic truth, so far as you can discover them by honest mental exertion and observation. Do not mistake any mere defiance of these laws for originality. You might as well show your originality by defying the law of gravitation.

Keep in mind the historical case of Stephenson. When a member of the British Parliament asked him, concerning his newfangled invention, the railroad, whether it would not be very awkward if a cow were on the track when a train came along, he answered: “Very ark’ard, indeed—for the cow.”

When you find yourself standing in the way of dramatic truth, my young friends - clear the track! If you don’t, the truth can stand it; you can’t.

All I now add is, if you want to write a play, be honest and sincere in using your common sense. A prominent lawyer once assured me that there was only one man he trembled before in the presence of a jury - not the learned man, nor the eloquent man; it was the sincere man. The public will be your jury. In the long run, the public will judge you, and respect you, according to your artistic sincerity.

It’s now almost a century’s time later, and yes, true to his dictum on his final closing lines, the public have judged him worthy of his craft and have the highest respects for his artistic sincerity.

'Bronson arranged his characters for the eye, his story for the judgment, and his speeches for the ear!'