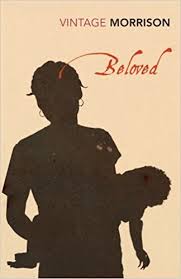 Toni Morrison is a celebrated American author and professor, famous for her epic novels about the African American experience.

She is both a Pulitzer Prize– and Nobel Prize–winning author, the first black woman to win the Nobel!

Influences on Toni Morrison: Zora Neale Hurston (1891–1960) was an American folklorist and writer. She is often associated with the Harlem Group and a major influence for authors Toni Morrison and Alice Walker. Hurston’s books include Mules and Men (1935) and Their Eyes Were Watching God (1937).

Known for its epic themes and vivid dialogue, Morrison’s fiction explores the roles of black women in a racist, male-dominated society.

Sula (1974), is a novel by Toni Morrison. In this contemporary novel themes and characters are presented in an evocative structure of opposites. 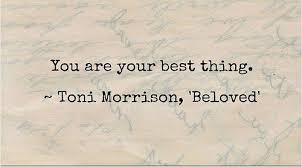 Song of Solomon (1977), is a novel by Toni Morrison. This contemporary tale focuses on the dynamics of the Southern African American family.

Jazz (1992), is a novel by Toni Morrison. Morrison translates several jazz conventions, including the improvised solo, into literary form in this novel set in 1920s Harlem.

Paradise (1998), is a novel by Toni Morrison. This novel explores the history and tensions of the fictional town of Ruby, Oklahoma, an all-black town near which a women’s commune has recently been established in an old convent. In following the lives and deaths of the women from this convent, Morrison makes use of several realitybending elements of magic realism.

Although James Joyce explored the colonialist theme of Robinson Crusoe as early as 1911, his comments were not published until 1964. Since then, writers such as Toni Morrison, Derek Walcott, and Edward Said have viewed the novel as an allegory of colonialism.

On Beloved, the Novel: This spellbinding novel transforms history into a story as powerful as Exodus and as intimate as a lullaby. Sethe, its protagonist, was born a slave and escaped to Ohio, but eighteen years later she is still not free. She has too many memories of Sweet Home, the beautiful farm where so many hideous things happened. And Sethe’s new home is haunted by the ghost of her baby, who died nameless and whose tombstone is engraved with a single word: Beloved.


This post first appeared on My Academic Space, please read the originial post: here
People also like
Review ‘Latest Record Project: Vol. 1’ Van Morrison
Online Dating at the Time of Online Everything
Live: Real Madrid vs. Real Valladolid in LaLiga
Remote Learning – What I’m Doing Before School Starts
50 Gadgets under $50 ?
What to do with Shazam/Captain Marvel in DC comics.
MEMORIAM - Toni Morrison 1931-2019
HANGING ON TO YOUR SELF BELIEF
Long Island Sounds August 2019