A Rising Number of Single Individuals Looking At Surrogacy 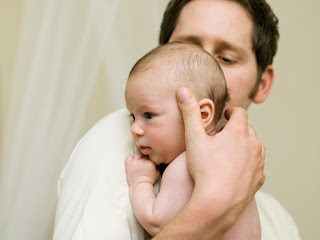 The number of individuals looking to become single parents through Surrogacy has seen a spike during the last couple of years. While no official figures have been published to support these claims, it is estimated that around 1000 births in the United States each year accounts for surrogacy. Many individuals who are not involved in a relationship are also turning towards surrogacy in order to support their single parent aspiration. The recent news of a well-known Bollywood star TussharKapoor becoming a single father through surrogacy which is the talk of the town clearly indicates that Indians are well accepting the concept of single parenthood through surrogacy and these figures are rising.People interested in becoming a single parent are advised to take adequate steps in order to ensure they will be able to go through the entire process without complications.

Sobriety In The Time of Quarantine: T…
Anthony’s is as Italian as They Come
$50 Million Stolen from Upbit
Here Are 3 Reasons Why You Should Alw…
L-1B Visa Approved for Dominican Empl…

Getting Ready for Parenthood Whether you are carrying your own baby or using a surrogate to carry a baby for you, there are several ways you can prepare yourself for parenthood. It is important to realize all the elements that come with being a parent and to properly prepare for them before the baby arrives. If you are not prepared when the baby arrives, things can easily spin out of control and into chaos. Some of the most vital elements that should be considered while getting ready to be a parent include:

The Role of Technology In Surrogacy - Technology and scientific developments play a large part in the process of surrogacy. Individuals who seek to become a single parent through the use of a surrogate can opt for two different processes, each using its own technology and technique in order to impregnate a potential surrogate mother

A surrogate cannot act as egg donor as per ICMR guidelines. If a couple / single father wants to go ahead for surrogacy with egg donor cycle then egg donor is separate from the surrogate. During the process of gestational surrogacy, an embryo is inserted into the uterus of the surrogate after an in vitro fertilization process has been completed. The process of in vitro fertilization, or IVF for short, involves the stimulation of eggs in order to grow them through the use of hormone therapy. The eggs are thereafter harvested from the women. Mature eggs are then fertilized outside of the body and grown for a few days, after which the embryo Is inserted into the uterus of the surrogate.

Single Parent Surrogacy in India –  The commercialization of surrogacy in India has been legal since 2002. While the laws governing single parent surrogacy within India allow for commercial surrogacy, they also have several supporting laws in place in order to protect all parties involved in the process.

The Indian law requires a contract to govern the entire process. Financial support towards the surrogate mother is required in order to assist with carrying the child to terms. Life insurance is also a requirement that should be dealt with in the surrogacy contract. The single parent interested in a surrogacy service should be a donor (egg/ sperm ) in the process in order to ensure a biological connection between the child and the commissioning parent. The legislation of the process also ensures the right to privacy for both parties involved in the process and the law requires the birth certificate of the child to contain the name of the commissioning parent. Sex-selective surrogacy is prohibited within the country and abortion during the surrogacy period need to be conducted according to the Medical Termination of Pregnancy Act 1971 law.

Conclusion - While there are a rising number of single individuals interested in using a surrogacy process to become single parents, it is important to realize the laws and regulations governing the entire procedure. The surrogacy role is to provide an effective way for an individual to become a parent without conceiving. Each country and state has its own set of laws governing this process, thus it is essential for an individual to take the laws of all involved countries and/or states in mind when considering surrogacy. When using a surrogacy service from another country, the laws governing surrogacy of both countries should be considered before the process commence.

A Rising Number of Single Individuals Looking At Surrogacy